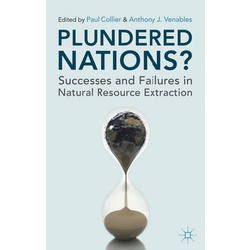 The Government Pension Fund Global (Norges, the Norwegian sovereign wealth fund), is one of the world’s largest funds initially funded by resource extraction.  Learn about its history, objective and management in the video clip below. The fund is saving for the future generations in Norway; where is the American equivalent?

To achieve broad exposure to global economic growth, Norges invests widely in most markets, countries and currencies outside Norway. The largest geographic exposures are to Europe and North America, followed by developed markets in Asia and Oceania and emerging markets. At the end of 2014, the fund’s holdings related to 75 countries and 47 currencies.

On average, the fund holds 1.3% of listed companies globally, and 2.4% of European companies. Norges also holds bonds in most major developed markets and increasingly in emerging markets. Fixed-income holdings consist of bonds issued by governments, international institutions and companies. The real estate portfolio is in a start-up phase. It consists of both properties and holdings in listed real estate companies. Norway invests funds obtained through resource extraction in a way that will serve society for generations.

Where is the American equivalent? Why doesn’t the United States steward its resources in the same manner? There seems to be little thought in our country of investing our quickly depleting natural resources for future generations.

Contrast Norway’s approach to ours. According to Oil Change International, Fossil Fuel Subsidies, the total value of U.S. subsidies to the fossil fuel industry at $37.5 billion annually, including international finance.  This does not include military, health, climate, or local pollution costs.  These subsidies have increased dramatically as U.S. oil and gas production has increased.

President Obama has proposed cutting certain subsidies to the oil and coal industries every year since he’s been in office. The projections for savings have varied slightly each year but always hover around $4 billion annually.  Congress has never even agreed to take any such cuts to a vote.

A 2009 report by the National Academy of Sciences claims that burning fossil fuels results in about $120 billion per year in health-related costs.

The costs of accelerating climate change are staggering and certainly greater than the costs of ending our dependence on fossil fuels.

The U.S. spends $10.5 to $500 billion annually to defend overseas oil interests. While exact estimates of oil-related military spending vary, it is clear that oil is an important driver of U.S. military force in the Persian Gulf. Taxpayers are paying a huge unaccounted-for price for oil imports, not to mention the political destabilization and lives lost due to military force in the region – casualties of the insatiable U.S. thirst for oil.

Overall costs borne by taxpayers related to the military, climate, local environmental, and health impacts of the fossil fuel industry are credibly estimated between $360 billion and $1 trillion each year – in the United states alone. You can find more information on these additional costs in Oil Change International’s latest fossil fuel subsidies report.

Whatever the numbers, it seems ludicrous that any of our tax dollars would support such established and profitable industries. These energy subsidies are completely out of step with a nation that now broadly accepts the need to end our collective oil addiction and fight global warming.

Time for a ReThink on Resource Extraction

Arch Coal, the nation’s second-largest coal mining company, filed for bankruptcy on Monday to help shed more than $4.5 billion in debt. It throws into question the company’s current and pending projects and its effects are expected to ripple across the entire beleaguered industry. (Coal’s Decline Sends Arch into Bankruptcy and Activists Aiming for Its Leases)

Similar bankruptcies can be expected from oil companies after they are sued for failing to disclose potentially stranded assets in SEC filings. See New SEC Search Tool Shines Light on What Fossil Fuel Companies are Saying About Growing Carbon Asset Risks. We should not only end subsidies on resource extraction, we should be investing revenues in a responsible manner, similar to Norges.

Directors Forum 2016: Directors, Management & Shareholders in Dialogue
LeBlanc on Key Steps to an Effective Board

One Response to Rethink Resource Extraction