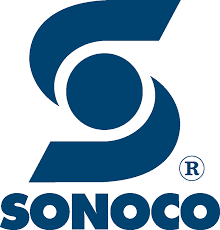 Sonoco Products ($SON) recently sought no-action relief from the SEC to omit a proxy access shareholder proposal by William Steiner. The Division of Corporation Finance denied their request. The 1% now owns as much worldwide as the 99%, so why should Sonoco limit shareholder proposals and presenters to the 2%?

I was happy to play a small role in helping John Chevedden present Mr. Steiner’s case. This was not a great victory destined for the annals of history. However, if Mr. Steiner had lost to Sonoco, it might have meant the beginning of the end of shareholder proposals as a mechanism of shareholder democracy. A similar case was fought sixty years ago.

The right to petition companies and have those petitions appear in the corporate proxy to be voted on by other shareholders was a hard fought victory. As explained by Jill E. Fisch in The Transamerica Case, after the Gilbert brothers complained to the SEC about Bethlehem Steel not including notice of their motion in the 1939 proxy, the SEC amended its rules to require corporate proxies to include matters which shareholders have indicated will be brought up for action at proposed meetings.

In 1946 Transamerica’s bylaw 47 required any proposed bylaw amendments to be included in the proxy materials and argued the board could omit any such proposals by shareholders at its discretion. John Gilbert filed several proposals that year, including one to eliminate bylaw 47, which put him in a “catch-22” situation. Again, he appealed to the SEC, which took Transamerica to court to enforce its own regulations requiring shareholder proposals be included. On appeal, the Third Circuit ruled:

The power conferred upon the Commission by Congress cannot be frustrated by a corporate by-law… It was the intent of Congress to require fair opportunity for the operation of corporate suffrage.

It took many years of struggle to win the right to include shareholder proposals in proxy materials and many more before shareholders began winning majority votes. According to Frank D. Emerson, the first such win was a proposal, which called for a woman director at Twentieth Century-Fox Film Corporation in 1953. Proponents argued there had been woman in the President’s Cabinet and in Congress and that a majority of the company’s customers were women. Sixty-three years later, we are still struggling to get women on boards in a reasonable proportion to their numbers in the population. Thankfully, in the case of Twentieth Century-Fox, management endorsed the proposal and it carried with 97% of the vote. (The Shareholder Proposal Rule: A System for Shareholder Checks and Corporate Balance, The Analysts Journal, November 1953)

The first proposals I know of that won with management opposition were a 1987 proposal by Lewis Gilbert to allow shareowners to ratify the choice of auditors at Chock Full of O’Nuts Corporation and a 1988 proposal by Richard Foley to redeem a poison pill at the Santa Fe Southern Pacific Corporation. Within a short time, shareholders were winning a few proposals every year. Was it a coincidence that within two years, without public notice, the SEC reversed its interpretation of proxy access rules and began issuing no-action letters for proposals on that subject? I think not.

Like the landmark Transamerica case, Sonoco tried to hide behind a bylaw clearly meant to disenfranchise shareholders. In Sonoco’s case their bylaws include the following:

No resolution shall be considered at any meeting of shareholders unless such resolution is proposed by the Board of Directors or by a shareholder of record at the date of submission to the Secretary and on the record date for the meeting. [Emphasis added.]

Sonoco cites Section 33-2-106(b) of the South Carolina Business Corporation Act of 1988, in support of company bylaws that require proponents to be “a shareholder of record.” However, South Carolina law does not require that shareholder proponents or presenters be shareholders “of record.”  The Act also says company bylaws cannot be “inconsistent with law.” Federal law, in the form of SEC Rule 14a-8(b), does not require shareholders be “registered.” Staff Legal Bulletin No. 14G (CF) clarifies what is required to show evidence of ownership.

Currently, we estimate that about 98% of all shares of U.S. public companies are held by institutions or retail brokerage accounts in “street name,” leaving just 2% registered through transfer agents. Over approximately the next two decades, we can project that registered shares will ball below 1% as registered shareholders pass away, sell, or move their accounts to brokerage platforms. (Registered Shareholders: How to Manage the Millennial Challenge. 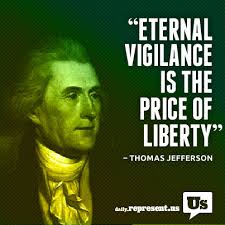 Because an authorized representative of Mr. Steiner did appear and present the proposal in 20015, Mr. Steiner complied with the wording of Rule 14a-8(h)(1) and Sonoco cannot exclude proposals submitted by him for meetings of shareholders in 2016 or 2017 on the basis of Rule 14a-8(h)(3). The fact that neither Steiner nor his presenter are registered shareholders should have no bearing on compliance with SEC rules. According to the SEC’s letter:

Shareholder rights, like all human rights, are never finally won. As Thomas Jefferson once wrote, “eternal vigilance is the price we pay for liberty.” Even small skirmishes could have devastating results if we yield to managers who use corporate power to thwart democracy.