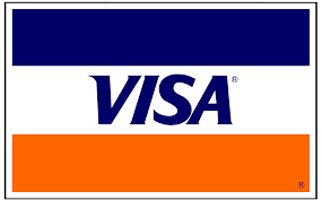 Visa Inc (V), a payments technology company, operates an open-loop payments network worldwide. The company facilitates commerce through the transfer of value and information among financial institutions, merchants, consumers, businesses, and government entities. Visa is one of the stocks in my portfolio. Their annual meeting is on February 3, 2016. ProxyDemocracy.org had collected no votes when I checked.  I voted against the pay plan, incentive plan, amendments and the compensation committee but with the Board’s recommendations 53% of the time. View Proxy Statement on iiWisdom.

Visa’s Summary Compensation Table shows the highest paid named executive officer (NEO) was Charles W. Scharf at $15.8M. I’m using Yahoo! Finance to determine market cap ($185.4B) and Wikipedia’s rule of thumb regarding classification. Visa is a large-cap company. According to the Equilar Top 25 Executive Compensation Survey 2015, the median CEO compensation at large-cap corporations was $10.3 million in 2014, so pay is well above that. Visa shares outperformed the S & P 500 over the most recent one, two, five, and ten year time periods.

The MSCI GMIAnalyst report I reviewed gave Visa an overall grade of ‘C.’ According to the report:

Given these issues and pay that was substantially above average, I voted against the pay plan, incentive plan, amendments and the compensation committee: Suzanne Nora Johnson (chair, who also sits on 4 boards… too many), Alfred F. Kelly, Jr., David J. Pang, and John A. C. Swainson.

I voted against the pay plan, incentive plan, amendments and the directors on the compensation committee:

None. I withdrew my proxy access proposal after reaching agreement with the company.

Visa: CorpGov Recommendations Below – Votes Against Board Position in Bold

I also checked with Proxy Insight. They had votes reported by Calvert, Christian Brothers Investment Services, Trillium Asset Management, the Teacher Retirement System of Texas (voted For on all proposals), Canada Pension Plan Investment Board and the Unitarian Universalist Common Endowment Fund.