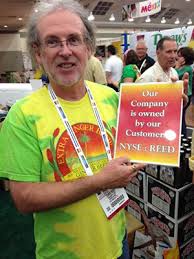 Once again, Reed’s (REED) zombie director Daniel S.J, Muffoetto was voted off the board by shareholders at the annual meeting. This time, it has impact. The board, or at least the controlling founder Christopher Reed, got the message.

As I have noted previously, neither Mr. Muffoetto nor Michael Fischman (who was reelected) report owning any stock in Reed’s. Neither earn enough through Reed’s to incentivize active monitoring. Assuming they put in average director hours, as reported by NACD, Mr. Fischman got paid about $3.62/hour for his board work, while Mr. Muffoletto earned about $44.78/hour. How much monitoring and advice would you provide under such circumstances?

At the meeting, Mr. Reed said they already require majority voting to elect directors. Reed’s doesn’t appear to have a separate section in their bylaws regarding election of directors. Rather, the bylaws are very general with director elections addressed as any other item to be voted at annual meetings:

the affirmative vote of the majority of the shares represented at the meeting and entitled to vote on the matter is the act of the stockholders unless otherwise provided by law or by the Corporation’s Certificate of Incorporation.

I pointed out, their bylaws contain no provisions requiring incumbent directors who fail to win a majority vote to resign, nor are there obvious requirements that such directors not participate in the decision regarding to accept or reject such resignation. Mr. Muffoetto chairs the Audit committee. At the meeting, Mr. Muffoetto appeared to intimate he also chairs the Governance committee (Mr. Fischman is the other member), so he may have been key in making the decision to report himself as “elected” in the Reeds Inc. 8-K filed after the 20014 meeting.

Mr. Reed indicated a willingness to amend the bylaws as necessary to clarify and carry out the intent of their majority vote requirement. I’ve sent suggestions to the new CFO, Daniel Miles. I expect the board will make reasonable amendments to fulfill our wishes, as well as those of Mr. Reed.

Further discussion after the formal meeting centered around troubles last year with their East Coast bottler. Adding an additional two contractors, one on the East Coast and one in the Mid-West, should resolve supply issues. Reed’s will need to win back the business they lost, especially for their kombucha products but prospects look good.

The promise of Reed’s in a box (soda fountain syrup), seems an even brighter sign of things to come. I tried out a few samples and the taste was great. For companies advertising themselves as offering natural fare, Reed’s may be the only alternative, since their products don’t contain sodium benzoate… and usually a lot more that can’t be described as natural.

Mr. Reed also briefly discussed what it might take to bring on a board member with experience in the beverage industry. Apparently, he isn’t expecting them to work for $750 a year. I was pleased to meet the new COO and a gentleman tasked with marketing. Reed’s has been largely a one man show. That may finally be changing. Although Mr. Reed will continue to play a starring role in the company he founded, he finally seems to be gathering a team of professionals to help him.

I look forward to the day when I can look at the ‘independent’ board members at Reed’s and fully understand how each contributes to the effort to make Reed’s a great company… and how each has both the expertise and financial incentive to do so. This year, I got the sense that may actually happen. Reed’s is “owned by our customers.” Maybe owners/customers are finally getting more of a say… or maybe Mr. Reed is simply realizing he can’t do it everything by himself.