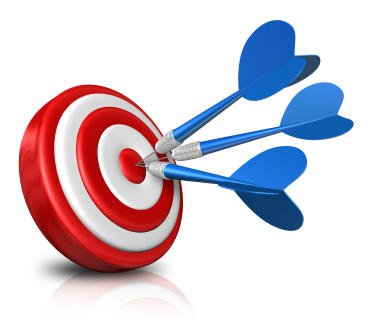 Substantial implementation, that’s what SEC staff deemed proxy access ‘lite’ last week. Investor rights were eroded again as staff granted a number of no-action letters on February 12th to companies based on “substantial implementation” of proxy access. At its founding, the SEC was largely a champion of shareholder rights. The SEC required companies to include proposals on any proper subject in the proxy in order to approximate the conditions of the annual meeting. The SEC even took Transamerica to court in 1947 for refusing to place shareholder proposals in their proxy. From that high point, the SEC began chipping away at shareholder proxy rights. Last week’s decisions inferring proxy access lite to be substantial implementation provided further evidence of an agency more concerned with protecting entrenched managers than shareholder rights.

Last year the SEC took a small step in the right direction by reexamining the meaning of the “directly conflicts” exemption in Rule 14a-8(i)(9), which was originally added to ensure shareholders could not use proposals to circumvent solicitation rules to oppose company proposals. Over the years, under pressure from corporate attorneys, that rule had been gradually expanded to allow exclusion of any shareholder proposal on the same subject as one submitted by management, even if done well after the shareholder proposal was submitted. Companies argued that shareholders would get ‘confused’ if faced with two proposals on the same subject. My appeal of a no-action decision involving Whole Foods Market, and howls of protest from more influential shareholders, finally led the SEC to clarify the exclusion as applying only “if a reasonable shareholder could not logically vote in favor of both proposals.”

Interpretation of Rule 14a-8(i)(10), which allows exclusion of proxy proposals based on “substantial implementation,” reached about the same level of bracket creep last week as (i)(9) did in 2014. Staff found that proxy access for shareholders to nominate up to 20% of directors granted to groups of up to 20 shareholders substantially implemented proposals requesting proxy access for up to 25% of directors requested for groups of unlimited shareholders. SEC staff offered no explanation as to how they arrived a their conclusion.

According to J. Robert Brown, Jr., a professor of law at the University of Denver and a member of the SEC’s Investor Advisory Committee, Rule 14a-8(i)(10) originally applied to proposals deemed moot. The SEC later determined a proposal would be considered “moot” if substantially implemented and still later changed the rule to reflect that interpretation in 1997. (See footnote 17 in Brown, J. Robert, Comment Letter on Rule 14a-8(I)(10), Securities & Exchange Commission, June 18, 2015 (June 18, 2015). U Denver Legal Studies Research Paper No. 15-26. Available at SSRN.)

Professor Brown’s comment letter on special meetings noted that staff’s interpretation of “substantial implementation” had been mostly, until recently, clear and objective.

Where, however, the company sets the percentage of eligible shares higher than the one specified in the shareholder proposal, the staff has consistently declined to find substantial” implementation. The logic is compelling. In these cases, the primary, if not exclusive, purpose of shareholders is to seek a lower percentage threshold. Setting the percentage higher that what the shareholder requested cannot be said to “substantially” implement that purpose. The staff has taken the same approach in other areas where shareholders have specified a percentage of shares necessary to take action and companies have implemented a higher threshold. (footnotes omitted)

Brown goes on to note cases where companies added a holding period, arguing that additional provision in effect changed the denominator by decreasing the number of eligible shares to call for a special meeting. Last week’s no-actions were on proxy access, not special meetings, but the same principles should apply. Shareholder proposals requested proxy access that meets specific conditions — largely taken from the SEC’s own now vacated Rule 14a-11 and reiterated by the Council of Institutional Investors in their Proxy Access: Best Practices.

By last week’s actions, SEC staff has once again insulted the intelligence of shareholders. Over the years, corporate attorneys essentially argued shareholders were too stupid to tell the differences and choose between a shareholder proposal and one from management on the same subject. They would be “confused,” so recently (until last year) SEC staff began granting company managers no-action letters under (i)(9) — presumably to ‘protect’ shareholders from the confusion they would face if they had to choose between two proposals on the same subject. Don’t most of us learn to make choices between things in the same category (like vegetables) before we even enter primary school?

Now SEC staff is apparently ‘protecting’ shareholders from having to compare bylaws adopted by boards of directors, in response to shareholder proposals, with the terms requested by the shareholder. Staff declares ‘substantial implementation’ of proxy access even where dramatic differences occur between what is requested and what has been granted. Isn’t this the same ‘gaming the system’ that Chair White warned against last year?

Let’s compare it with having a house built. If the contract specifies a furnace with an annual fuel-utilization-efficiency (AFUE) rating of 95% but the contractor installs one with a 80%, SEC staff is saying everything it fine… we still have a furnace. No, that’s not substantial implementation. The contractor has to rip out the furnace and put in one with a 95% rating. There is a world of difference between a group of twenty, which CII says can’t be reached by its members at most companies, and an unlimited group.

All these no-actions do is put off the comparison of adopted bylaws and shareholder proposals for another year, when shareholders bring back a proposal that cannot be mistaken as simply requesting proxy access but must be seen as clearly aimed at changing proxy access. That point was driven home by the denial of no-action relief to NVR, where NYC funds seek to amend existing bylaws — bylaws that weren’t adopted in response to the current proposal.

From Broc Romanek. “Staff is favoring the 5% ownership threshold requirement as compared to other terms (egs. number of nominees, group size) as Corp Fin denied three no-action requests (Flowserve; NVR; SBA Communications), each of which involved a 5% ownership requirement adopted by the company.”

Broc also cites PubCo @ Cooley, which found: “In granting relief, the SEC noted the companies’ representations that the proxy access bylaws that had been adopted addressed the proposals’ essential objective.  Notably, the staff concurred that the proposals had been substantially implemented even where the proposals explicitly prohibited caps on aggregation and other restrictions not applicable to other nominees.’

These no-action letters suggest that the Staff will grant relief even when the company’s bylaw deviates from the shareholder proposal in one or both of the following respects:

Send me a few more citations and I’ll add them here.

As a retail shareholder, I find these decisions especially troublesome. Sixteen of the eighteen shareholder proxy access proposals involved in the February 12th no-action letters were submitted by John Chevedden, a retail shareholder who typically does not engage legal counsel in response to no action requests. In fact, I helped him with several of these (failed) responses. The remaining two proxy access proposals were re-proposals by the NYC Comptroller’s office. Chevedden lost fifteen. The Comptroller’s Office lost none. (See Ropes&Gray exhibit)

The system seems rigged in favor of large institutions with plenty of attorneys. In fact, the SEC attorneys issuing these decisions will probably be submitting no-action requests on behalf of corporations in a few years. That’s how it seems to go.

No-action letters “reflect only informal views” and are don’t set precedent. “SEC staff reserves the right to change the positions reflected in prior no-action letters.” (No-Action Letters) However, anyone who receives a no-action request can tell you they usually consist of arcane assertions backed up by dozens of citations to prior no-action letters, many of which are difficult to research without tools such as Lexis-Nexis.

These latest decisions certainly go beyond the usual legal definition of “substantial implementation.” Like other SEC bases for exclusion, subdivision (i)(10) started out as a rabbit trail but corporate attorneys have now turned it into the superhighway of exemptions. It is no wonder 80% of retail proxies aren’t voted. SEC rulemaking is subject to public scrutiny and participation but staff interpretation has become a warren of interpretations only known to specialized legal counsel who start their careers at the SEC and then move to much higher paid private positions. The more groundbreaking or complicated the accepted interpretation, the more likely they are to be hired away.  (The SEC’s Revolving Door)