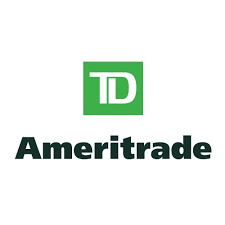 TD Ameritrade Holding Corporation (AMTD) provides securities brokerage services and related technology-based financial services to retail investors, traders, and independent registered investment advisors (RIAs) in the United States. TD Ameritrade is one of the stocks in my portfolio. Their annual meeting is on February 18, 2016. ProxyDemocracy.org had collected no votes when I checked. I voted against the pay and bonus plans, therefore with the Board’s recommendations 62% of the time. View Proxy Statement.

TD Ameritrade’s Summary Compensation Table shows the highest paid named executive officer (NEO) was President and CEO Fredric J. Tomczyk at $7.6M. I’m using Yahoo! Finance to determine market cap ($15.6B) and Wikipedia’s rule of thumb regarding classification. TD Ameritrade is a large-cap company. According to the Equilar Top 25 Executive Compensation Survey 2015, the median CEO compensation at large-cap corporations was $10.3 million in 2014. TD Ameritrade shares underperformed the NASDAQ over the most recent one, two, five, and ten year time periods.

The MSCI GMIAnalyst report I reviewed gave TD Ameritrade an overall grade of ‘C.’ According to the report:

Given these issues, TD Ameritrade underperformance, and the fact that pay was substantially above average, I voted against the pay plan, bonus plans and would have voted against the compensation committee members, Ms. Smith (chair) and Mr. James, if I had been given the opportunity.

TD Ameritrade has a classified board, with staggered terms. 40% of the board has served for more than 9 years and only one is a woman. Still I voted in favor of the directors who are not on the compensation committee.

TD Ameritrade: CorpGov Recommendations Below – Votes Against Board Position in Bold

I also checked Proxy Insight. Unfortunately, they had recorded to advance votes either.

In order to be included in the Company’s Proxy Statement relating to its next Annual Meeting, stockholder proposals must be received no later than September 9, 2016 by the secretary of the Company at the Company’s principal executive office. The inclusion of any such proposal in such proxy material shall be subject to the requirements of the proxy rules adopted under the 1934 Act.