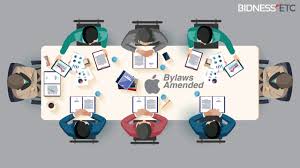 Maybe they wanted to support Apple’s management while the company is under attack from the FBI.

ISS recommended a “For” vote. Shouldn’t that have guaranteed passage?

As reported by Proxy Insight:

Shareholders at Apple have voted against a shareholder proposal requesting an amendment to Apple’s proxy access bylaw. The proposal received 32.6% of the vote in favor. It would’ve enabled an unlimited number of eligible shareholders to form a group to nominate up to 25% of the directors, or two directors, whichever is greater, to Apple’s eight-member board. To be eligible, a shareholder or a group must own in total 3% of Apple shares continuously for three years.

Companies that have previously adopted mainstream proxy access bylaws received a vote of confidence from the SEC earlier this month [last month now] when the agency issued 18 no-action letters, 15 of which allowed the company to exclude related shareholder proposals on the basis of “substantial implementation” under Rule 14a-8(i)(10) of the Securities Exchange Act of 1934. Each of these companies successfully asserted that its proxy access bylaw fulfilled the “essential objective” of the shareholder proposal and, as a result, that the company had substantially implemented the proposal.  These recent no-action letters provide the first important guidance on how proxy access proposals will fare under Rule 14a-8(i)(10) following the issuance of SEC Staff Legal Bulletin 14H in October  2015 which severely limits the ability for companies to exclude shareholder proposals, including proxy access proposals, on the basis that they conflicted with management proposals under Rule 14a-8(i)(9).

Each of the 15 companies had received shareholder proposals after adopting a “3/3/20/20” proxy access bylaw permitting shareholders who continuously own 3% of shares outstanding for a 3-year period to nominate up to 20% of the board (and at least 2 directors).  Under the bylaws, no more than 20 shareholders can aggregate their shares to reach the 3% ownership threshold.  This version of proxy access is consistent with the minimum standard articulated by ISS in its December FAQ.

The excluded shareholder proposals would have permitted shareholders who continuously own 3% of shares outstanding for a 3-year period to nominate up to 25% of the board (and at least 2 directors).  Typically, the proposals had no shareholder aggregation limit and also prohibited additional restrictions that did not apply to other board nominees.

Differences between company bylaws and shareholder proposals on director nominee caps and shareholder aggregation limits did not prevent the SEC from concluding that the proposals had been substantially implemented. (SEC Grants No-Action Relief on Proxy Access Proposals)

The SEC’s recent no-action decisions did a great disservice to shareholders. Last year SEC said issuers couldn’t use (i)(9) to ‘game’ the system. Companies were forced to allow competing proposals in the proxy. This year the SEC has essentially said companies can game the system. Simply avoid putting the issue to shareholders for a vote under (i)(10) by adopting proxy access via a board vote. It is decidedly less democratic to bypass shareholders altogether… but that is exactly what the SEC is now encouraging… although they made it clear that shareholders can come back next year with proposed amendments to turn ‘lite’ proxy access into what shareholders almost obtained through Rule 14a-11.

A USA Today poll conducted by reveals 51% of 1,093 people polled on Feb. 18-19 support the FBI’s request to unlock the iPhone of Syed Riswan Farook, one of the killers in the San Bernardino, Calif., shootings in December.

Apple shareholders gave Apple CEO Tim Cook a standing ovation at the shareholders meeting when he discussed their decision to fight:

We are staunch advocates about our customers’ privacy and personal safety and we’ve been in the news about that and some of you may have questions on that. We do these things because they are the right thing to do.

Shareholders might be reluctant to criticize Apple’s management when the company is under attack for taking a stand that most of Apple’s shareholders and customers probably agree with.

We designed our proposal to meet the “best practices” standards of the Council of Institutional Investors, whose members control more than $3 trillion of investments. Additionally, Institutional Shareholder Services endorsed the proposal. Shouldn’t that almost guarantee a win?

Academics have attempted to quantify proxy adviser influence in voting decisions: one academic quoted a commentator who said that “[w]hen institutional investors follow ISS [vote recommendations] en masse, directors of public corporations can expect to see 20%, 30%, even 50% of their company’s shares being voted not as the directors recommend, but as ISS recommends.

The above quote comes from Voting Decisions at US Mutual Funds: How Investors Really Use Proxy Advisers, which found much less evidence between proxy voting and actual causal effect by ISS endorsement than had been expected by many issuers.

As I mentioned in recent posts, every fund that announced their vote before the meeting voted in favor of real proxy access. These funds included:

Since then CalPERS joined the list. Why did these funds vote so much differently than large private mutual funds like Vanguard, BlackRock, SSgA and Fidelity – which I presume must have voted against?

My guess is that they don’t want to rock the boat. These funds depend on companies contracting with them to service the 401(k) and other retirement plans for their employees. They don’t want to get a reputation as supporting positions company managers might not like.

Of course, all funds are required to vote in the best interest of those invested in the funds. The proxy vote is a valuable asset. Funds have a fiduciary responsibility to vote in a way that enhances the value of the fund, not the fund managers. If fund managers were using their proxy vote to enhance the value of the fund, wouldn’t they announce their vote in advance, hoping to influence others before they vote? See Fiduciary Duty to Announce Votes (Part 1): Editorial Calls For Advanced Disclosure, Fiduciary Duty to Announce Votes (Part 3): Take Action and Winning over proxy voters (the later from Pensions & Investments).

The real danger here isn’t so much with Apple, at least for the foreseeable future, since Apple is otherwise a well-run company. The real danger is that companies where shareholders really need proxy access will point to Apple and say, “I’ll have what they’re having.” By limiting proxy access to groups of 20 and a single potential nominee, Apple is setting a very bad example.

Last year, researchers published an excellent piece of research on the spread of majority voting requirements for electing corporate directors.

Early adopters can also set a bad example for later adopters. I’ll be back next year with proposed amendments to reestablish Apple’s reputation as having good corporate governance. Hopefully, by then we can change industry best practices to more closely conform to shareholder best practices in the area of proxy access.