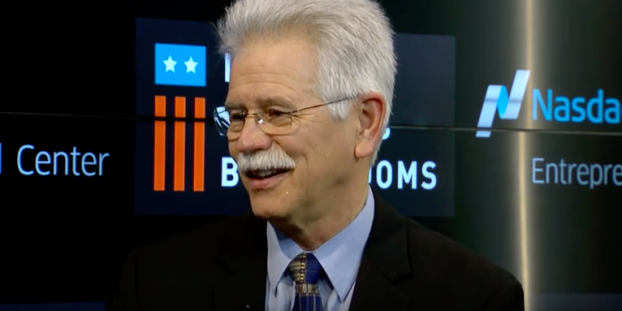 Have Shareholder Rights Gone Too Far?

TK Kerstetter of Boardroom Resources, LLC, interviews James McRitchie, Publisher of CorpGov.net and Shareholder Advocate. I’ve pasted TK’s intro and video from Inside America’s Boardrooms below, followed by some additional comments. I hope you enjoy the show.

Over ten years ago, shareholder advocate Jim McRitchie titled his blog, “Vote TK Off The Island.” It was in response to a blog written by host TK Kerstetter, who had voiced concern that certain new board regulatory disclosures were a waste of time and resources. After an interesting exchange, the two agreed to disagree.

Fast forward to 2016: Kerstetter reached out to now investor activist McRitchie to have a reunion, compare notes, and get this advocate’s views on the current state of shareholder rights.

McRitchie, publisher of the corporate governance site, www.corpgov.net, shares his background and defines the mindset of an activist. He also provides his opinion about where the shareholder rights pendulum is positioned today. If you are a board member or corporate secretary, you don’t want to miss this candid reveal!

Have Shareholder Rights Gone Too Far?: Off the Island

I was curious about TK’s reference to my blog post about voting him off the island about 7 minutes into the video. After a lot of searching I found it under the title Board Member’s Kerstetter Stumbles. I moved my site about six years ago to WordPress and the post was missing from visible archives, so I rebuilt it, changing the title, adding a few headings and making format changes. Read it at TK Kerstetter Wrong on Board Disclosure. Voting him “off the island” was, admittedly a bit harsh. I was referencing some inane reality TV show that I didn’t even watch myself. I blame it on attention seeking and youthful indiscretion, since I was barely into my early sixties at the time.

Have Shareholder Rights Gone Too Far?: The Real Problem is Fund Voting

Although during the video I said that CalPERS is trying to announce its votes in advance this year, most of their voting announcements are still slightly delayed. I’m hoping for more advance notification in the future. As I said at the end of the video, if the major mutual funds start announcing their votes in advance of meetings, that will be the end of corporations as ‘democracy-free’ zones. If investors see how these funds vote, they will demand changes. For example, see Savings Plus: Transparent Proxy Voting Needed.

Give Thanks: SEC Allows Shareholders to Hold Mutual Funds to Account. If we can move in that direction, we might just get there. Somewhat promising is Ronald O’Hanley’s (SSgA) recent letter to global boards pushing for independent board leadership within the next 5-20 years. The timeframe is too long for me but it represents movement by a major mainstream fund.