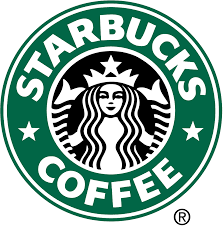 Starbucks Corporation (SBUX, $SBUX) is the roaster, marketer and retailer of specialty coffee. Starbucks Corporation is one of the stocks in my portfolio. Their annual meeting is coming up on March 23, 2016. ProxyDemocracy.org had collected the votes of four funds when I checked. I voted AGAINST the pay package, bonus plan, members of the compensation committee and the proposal by the National Center for Public Policy Research. I voted FOR proxy access, the auditor and most of the Board. I voted with the Board’s recommendations 59% of the time. View Proxy Statement.

From Yahoo! Finance: Starbucks Corporation’s ISS Governance QuickScore as of March 1, 2016 is 1.. The pillar scores are Audit: 1; Board: 9; Shareholder Rights: 1; Compensation: 1. Brought to us by Institutional Shareholder Services (ISS). Scores range from “1” (low governance risk) to “10” (higher governance risk). Each of the pillar scores for Audit, Board, Shareholder Rights and Compensation, are based on specific company disclosures. That gives us a quick idea of where to focus: Board.

Starbuck Corporation Summary Compensation Table shows the highest paid named executive officer (NEO) was Howard Schultz chairman and CEO at $20.1. I’m using Yahoo! Finance to determine market cap ($87B) and Wikipedia’s rule of thumb regarding classification. Starbucks Corporation is a large-cap company. According to the Equilar Top 25 Executive Compensation Survey 2015, the median CEO compensation at large-cap corporations was $10.1 million in 2014, so pay is far above that.  Starbucks Corporation shares outperformed the NASDAQ over the most recent one, two, five, and ten year time periods, often substantially.

The MSCI GMIAnalyst report I reviewed gave Starbucks Corporation an overall grade of ‘D.’ According to the report:

I don’t mind paying a bit more for exceptional performance but $20.1M is too much, especially given the above issues. I voted against the pay package, bonus plan and members of the compensation committee: Myron E. Ullman, III (Chair), Olden Lee, James G. Shennan, Jr., Clara Shih, and Javier G. Teruel… although I couldn’t vote against Olden Lee, who is retiring.

As stated above, I voted against the pay package.

#5 is John Harrington’s proposal and includes the same robust provisions John Chevedden, Kenneth Steiner and I have been submitting. What we are seeking is real proxy access of the type worked out over a decade of negotiations with various parties at the SEC’s… their vacated Rule 14a-11.  Our proposal language meets most of the concerns addressed by CII’s policy paper Proxy Access: Best Practices.

Starbucks has not even bothered to adopt proxy access lite.

I voted against #6, a proposal sponsored by the right-wing National Center for Public Policy Research.

Starbucks Corporation: CorpGov Recommendations Below – Votes Against Board Position in Bold

I also checked Proxy Insight. They report Canada Pension Plan Investment Board (CPPIB) voted with management on all items except #5, voting instead in favor of proxy access, as did TRS (Teachers Retirement System of Texas). The Unitarian Universalist Common Endowment Fund voted with management except they voted against Hobson, Teruel and in favor of proxy access, as well as allowing employees to participate in political process without retribution. CalSTRS vote for all items except #6

Pursuant to SEC Rule 14a-8, shareholder proposals intended for inclusion in our 2017 proxy statement and acted upon at our 2017 Annual Meeting of Shareholders (the “2017 Annual Meeting”) must be received by us at our executive offices at 2401 Utah Avenue South, Mail Stop S-LA1, Seattle, Washington 98134, Attention: Corporate Secretary, on or prior to September 27, 2016.