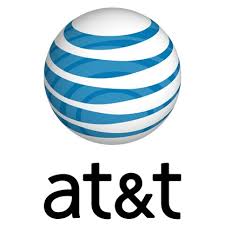 ATT, AT&T Inc. (NYSE:T) provides telecommunications and digital entertainment services through four segments: Business Solutions, Entertainment Group, Consumer Mobility, and International. It is one of the stocks in my portfolio. Their annual meeting is coming up on April 29, 2016. ProxyDemocracy.org had collected the votes of four funds when I checked. I voted AGAINST the pay plan, compensation committee, and stock plan. Vote FOR independent chair, disclose lobbying and political contributions. I voted with the Board’s recommendations 50% of the time. View Proxy Statement.

ATT’s Summary Compensation Table shows the highest paid named executive officer (NEO) was CEO/Chair R. Stephenson at $25M. I’m using Yahoo! Finance to determine market cap ($238B) and Wikipedia’s rule of thumb regarding classification. ATT is a large-cap company. According to the Equilar Top 25 Executive Compensation Survey 2015, the median CEO compensation at large-cap corporations was $10.3M in 2014, so pay is well above that amount. ATT’s shares underperformed the S&P 500 over the most recent one year time period, underperforming during the most recent two year, five year and ten year periods.

The MSCI GMIAnalyst report I reviewed gave ATT an overall grade of ‘D.’ According to the report:

Similarly, Egan-Jones Proxy Services takes various measures to arrive at a proprietary rating compensation score, which measures ATT’s wealth creation in comparison to other widely held issuers. “Needs attention” appears to be as low as they go. That’s the score they assigned to ATT On the actual compensation advisory vote, Egan-Jones concludes:

After taking into account both the quantitative and qualitative measures outlined above, we believe that shareholders cannot support the current compensation policies put in place by the Company’s directors. Furthermore, we believe that the Company’s compensation policies and procedures are not effective or strongly aligned with the long-term interest of its shareholders. Therefore, we recommend a vote “AGAINST” this Proposal…

Our qualitative review of this Company’s compensation has identified one minor issue: the CEO’s salary at  $1,741,667 exceeds the $1 million dollar deductibility limit imposed by section 162m for salaries and non-qualified incentive payments. Failure to abide by IRS 162m rules results in loss of deductibility for the compensation in question and possibly increased and unnecessary tax payments. While this issue is not sufficient to trigger a negative vote alone, it does impact the Company’s overall compensation score, we would recommend the board investigate and consider alternative means of compensation for the CEO and any other 162m covered NEOs who exceed this limit in the future.

Because of the issues noted above, including above median pay, I voted against the pay plan and compensation committee up for election: Scott T. Ford, Joyce M. Roché, and Matthew K. Rose.

I followed the advice of Egan-Jones with regard to #4 the Omnibus Stock Plan and voted Against:

After taking into account the maximum amount of shareholder equity dilution this proposal could cause, as well as both the quantitative and qualitative measures outlined above, we believe that shareholders should not support the passage of this plan as proposed by the board of directors. We recommend the board seek to align CEO pay more closely with the performance of the company and work to reduce the cost of any similar plan that may be proposed in the future. Therefore, we recommend a vote “AGAINST” this Proposal.

Egan-Jones recommends for the shareholder proposal to transition to an independent director but against the rest.

Item #5, Report on Indirect Political Contributions,  I generally vote in favor of all such proposals if they are well crafted.  We should encourage transparency and accountability in the company’s use of corporate funds to influence elections to ensure company assets are not used for objectives contrary to the Company’s long-term interests.  Vote For.

Item #6 Report on Lobbying Payments and Policy,  I generally vote in favor of all such proposals if they are well crafted.  We should encourage transparency and accountability in the company’s use of corporate funds to influence legislation and regulations to ensure company assets are not used for objectives contrary to the Company’s long-term interests.  Vote For.

Item #7 Require Independent Board Chairman, requesting  a transition to split chair and CEO positions. This is simple good governance. I routinely submit almost the same exact proposal.  Don’t be fooled, a ‘lead director’ is in no way equivalent to an independent chair. Vote For.

ATT: CorpGov Recommendations Below – Votes Against Board Position in Bold

In addition to the votes reported on ProxyDemocracy.org, Proxy Insight reported on CalSTRS, Canada Pension Plan Investment Board (CPPIB), and Teacher Retirement System of Texas (TRS). CalSTRS voted AGAINST Stephenson and Taylor, as well as the shareholder proposals on political contributions and lobbying.  CPPIB and TRS voted FOR all items, including the shareholder proposals.

ATT: CorpGov Recommendations Below – Votes Against Board Position in Bold

Stockholder proposals intended to be included in the proxy materials for the 2017 Annual Meeting must be received by November 11, 2016. Such proposals should be sent in writing by courier or certified mail to the Senior Vice President and Secretary of AT&T at 208 S. Akard Street, Suite 3241, Dallas, Texas 75202. Stockholder proposals that are sent to any other person or location or by any other means may not be received in a timely manner.