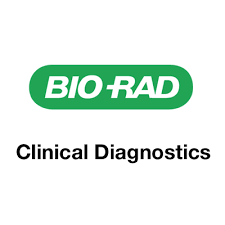 Bio-Rad Laboratories, Inc. (NYSE:BIO, $BIO) manufactures and supplies products and systems used for the life science research, healthcare, analytical chemistry and other markets. It is one of the stocks in my portfolio. Their annual meeting is coming up on April 26, 2016. ProxyDemocracy.org had collected the votes of two funds when I checked. Vote AGAINST the directors who own no shares in Bio-Rad and FOR my shareholder proposal to adopt proxy access. I voted with the Board’s recommendations 25% of the time. View Proxy Statement.

From Yahoo! Finance:Bio-Rad Laboratories, Inc.’s ISS Governance QuickScore as of Apr 1, 2016 is 9. The pillar scores are Audit: 10; Board: 10; Shareholder Rights: 5; Compensation: 8. Brought to us by Institutional Shareholder Services (ISS). Scores range from “1” (low governance risk) to “10” (higher governance risk). Each of the pillar scores for Audit, Board, Shareholder Rights and Compensation, are based on specific company disclosures. That gives us a quick idea of where to focus: Everywhere!

Bio-Rad Laboratories’ Summary Compensation Table shows the highest paid named executive officer (NEO) was CEO  Norman Schwartz at $5.4M. I’m using Yahoo! Finance to determine market cap ($4.1B) and Wikipedia’s rule of thumb regarding classification. Bio-Rad is a small-cap company. According to the Equilar Top 25 Executive Compensation Survey 2015, the median CEO compensation at small-cap corporations was $2.7M in 2014, so pay is lower than that amount. Their shares underperformed the S&P 500 over the most recent five year time period but outperformed during the most recent one, two and ten year time periods.

The MSCI GMIAnalyst report I reviewed gave BIO-Rad an overall grade of ‘D.’ According to the report:

There was no vote on pay, since they are on a three year voting cycle.

Egan-Jones recommended the following: There is a single slate of nominees, the nominees appear qualified and we recommend a vote “FOR” this Proposal.

I notice that neither of the directors up for election own any stock in Bio-Rad, even though they have served on the board for 2 to 9 years. As I have mentioned previously on many occasions, I like directors representing me to have skin in the game. If they own stock, they are more likely to look out for my interests as a shareholder. See evidence at Bhagat, Sanjai and Carey, Dennis C. and Elson, Charles M., Director Ownership, Corporate Performance, and Management Turnover.  I voted against both directors.

The real problem at Bio-Rad is that a controlling shareholder controls 68.63% of the voting power. The company has taken the controlled company exemption available to such firms under current SEC and exchange listing requirements, allowing it to have a non-majority independent board and to have non-independent members on certain key board committees. The company’s multiple share classes also have disparate voting rights, which in concert with the presence of a controlling shareholder may have an additional negative impact on minority shareholder rights.

We can voice our displeasure, but will anyone listen? As we have discussed at length, Controlled Companies Underperform, Overpay. For the sake of all parties concerned, Bio-Rad should transition away from their dual-class structure so our company can reach its full potential.

Egan-Jones recommends for the shareholder proposal.

The proposal for proxy access is mine. Of course, I support it. What we are seeking is real proxy access of the type worked out over a decade of negotiations with various parties at the SEC’s… their vacated Rule 14a-11.  Our proposal language meets most of the concerns addressed by CII’s policy paper Proxy Access: Best Practices. Bio-Rad opposes the proposal but  offers no rationale for their opposition.

Bio-Rad: CorpGov Recommendations Below – Votes Against Board Position in Bold

Bio-Rad: CorpGov Recommendations Below – Votes Against Board Position in Bold

If you want us to consider including a proposal in next year’s proxy statement, you must deliver it in writing to Attention: Corporate Secretary, Bio-Rad Laboratories, Inc. at 1000 Alfred Nobel Drive, Hercules, California 94547, no later than December 1, 2016.