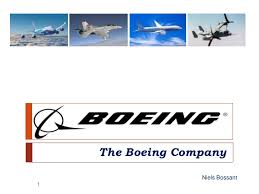 Boeing Co (NYSE:BA, $BA) operates through five segments: Commercial Airplanes, Boeing Military Aircraft (BMA), Network & Space Systems (N&SS), Global Services & Support (GS&S) and Boeing Capital (BCC). It is one of the stocks in my portfolio. Their annual meeting is coming up on May 2, 2016. ProxyDemocracy.org had collected the votes of 1 fund when I checked. Vote AGAINST pay, compensation committee; FOR proposals on lobbying, special meeting, independent chair; ABSTAIN on Isreal. I voted with the Board’s recommendations 53% of the time. View Proxy Statement.

Boeing Co’s Summary Compensation Table shows the highest paid named executive officer (NEO) was Former CEO/Chair W. James McNerney, Jr. at $19.9M. I’m using Yahoo! Finance to determine market cap ($86.8B) and Wikipedia’s rule of thumb regarding classification. Boeing Co is a large-cap company. According to the Equilar Top 25 Executive Compensation Survey 2015, the median CEO compensation at large-cap corporations was $10.3M in 2014, so pay is higher than that amount. Boeing Co’s shares underperformed the S&P 500 over the most recent one, two, and ten year time periods, outperforming only over the last five year time period.

The MSCI GMIAnalyst report I reviewed gave Boeing Co an overall grade of ‘D.’ According to the report:

Our qualitative review of this Company’s compensation has identified one minor issue: the CEO’s salary at $1,354,269 exceeds the $1 million dollar deducibility limit imposed by section 162m for salaries and non-qualified incentive payments. Failure to abide by IRS 162m rules results in loss of deductibility for the compensation in question and possibly increased and unnecessary tax payments. While this issue is not sufficient to trigger a negative vote alone, it does impact the Company’s overall compensation score, we would recommend the board investigate and consider alternative means of compensation for the CEO and any other 162m covered NEOs who exceed this limit in the future…

Given the issues above, including pay over median and underperformance, I voted Against the pay package and the compensation committee: Arthur D. Collins, Jr., Chair, David L. Calhoun, Kenneth M. Duberstein, Ronald A. Williams, Mike S. Zafirovski.

Egan-Jones recommended in favor of all directors. As noted above, I voted against all members of the compensation committee.

Egan-Jones recommends for the shareholder proposal to transition to an independent director but recommended against the rest.

Item #4 Report on Lobbying Payments and Policy.  I generally vote in favor of all such proposals if they are well crafted.  We should encourage transparency and accountability in the company’s use of corporate funds to influence legislation and regulations to ensure company assets are not used for objectives contrary to the Company’s long-term interests.  Vote For.

#6. Require Independent Board Chairman. A 2012 report by GMIRatings, The Costs of a Combined Chair/CEO, found companies with an independent chair provide investors with five-year shareholder returns nearly 28 percent higher than those headed by a party of one. Split roles bring more accountability and oversight to the CEO’s job and frees the board to truly act as the CEO’s boss. Vote For.

#7. Report on Weapon Sales to Israel. I’m going to sit this one out, since I’m not sure this is one of the best ways to deal with the issues.

Boeing Co: CorpGov Recommendations Below – Votes Against Board Position in Bold

In addition to the votes reported on ProxyDemocracy.org, Proxy Insight reported on Teacher Retirement System of Texas (TRS) and Canada Pension Plan Investment Board (CPPIB). CPPIB voted FOR all items except #7 on Israel, where they voted AGAINST. TRS voted FOR all items except #6 independent chair and #7 Israel, where they voted AGAINST.

If you wish to submit a proposal for inclusion in our 2017 proxy statement, you must follow the procedures set forth in Rule 14a-8 of the Securities Exchange Act of 1934. To be eligible for inclusion, we must receive your proposal at the address below no later than Friday, November 18, 2016.