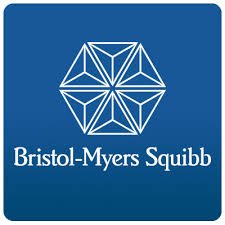 Bristol-Myers Squibb Co (NYSE:BMY, $BMY) is engaged in the discovery, development, licensing, manufacturing, marketing, distribution and sale of biopharmaceutical products across the world. It is one of the stocks in my portfolio. Their annual meeting is coming up on May 3, 2016. ProxyDemocracy.org had collected the votes of four fund families when I checked. Vote AGAINST pay, compensation committee – FOR my shareholder proposal to lower the threshold to call a special meeting. I voted with the Board’s recommendations 50% of the time. View Proxy Statement.

From Yahoo! Finance: Bristol-Myers Squibb Company’s ISS Governance QuickScore as of Apr 1, 2016 is 9. The pillar scores are Audit: 10; Board: 6; Shareholder Rights: 5; Compensation: 10. Brought to us by Institutional Shareholder Services (ISS). Scores range from “1” (low governance risk) to “10” (higher governance risk). Each of the pillar scores for Audit, Board, Shareholder Rights and Compensation, are based on specific company disclosures. That gives us a quick idea of where to focus: Everywhere but especially Compensation and Audit.

Bristol-Myers Squibb’s Summary Compensation Table shows the highest paid named executive officer (NEO) was CEO Giovanni Caforio, M.D. at $15.6M. I’m using Yahoo! Finance to determine market cap ($117.9B) and Wikipedia’s rule of thumb regarding classification. Bristol-Myers Squibb is a large-cap company. According to the Equilar Top 25 Executive Compensation Survey 2015, the median CEO compensation at large-cap corporations was $10.3M in 2014, so pay is higher than that amount. Shares outperformed the S&P 500 over the most recent one, two, five and ten year time periods.

The MSCI GMIAnalyst report I reviewed gave Bristol-Myers Squibb an overall grade of ‘C.’ According to the report:

Our qualitative review of this Company’s compensation has identified one minor issue: the CEO’s salary at $1,290,323 exceeds the $1 million dollar deducibility limit imposed by section 162m for salaries and non-qualified incentive payments. Failure to abide by IRS 162m rules results in loss of deductibility for the compensation in question and possibly increased and unnecessary tax payments. While this issue is not sufficient to trigger a negative vote alone, it does impact the Company’s overall compensation score, we would recommend the board investigate and consider alternative means of compensation for the CEO and any other 162m covered NEOs who exceed this limit in the future…

Given the issues above, including pay over median, I voted Against the pay package and the compensation committee: Togo D. West, Jr., Chair, Michael Grobstein, Vicki L. Sato, Ph.D., Gerald L. Storch.

Egan-Jones recommended in favor of all directors. As noted above, I voted against all members of the compensation committee.

I notice that Dr. Lamberto Andreotti doesn’t own any stock in Bristol-Myers Squibb, even though he has served on the board for 7 years. As I have mentioned previously on many occasions, I like directors representing me to have skin in the game. If they own stock, they are more likely to look out for my interests as a shareholder. See evidence at Bhagat, Sanjai and Carey, Dennis C. and Elson, Charles M., Director Ownership, Corporate Performance, and Management Turnover.  I voted against him as well.

Egan-Jones recommends against the proposal, agreeing that 25%, rather than 15%, is a reasonable threshold. or the shareholder proposal to transition to an independent director but recommended against the rest. 15% is $17.7B. a substantial amount by any measure.

Item #4 Shareholders May Call Special Meeting I’m the proponent, so of course I voted for it. This is a good governance measure designed to reduce entrenchment. Allowing special meetings is associated with higher share values. See classic study by Gompers, Paul A. and Ishii, Joy L. and Metrick, Andrew, Corporate Governance and Equity Prices. Vote For.

In addition to the votes reported on ProxyDemocracy.org, Proxy Insight reported on and Canada Pension Plan Investment Board (CPPIB), Colorado PERA and Teacher Retirement System of Texas CPPIB. They voted in favor of all items, including my shareholder proposal.

Bristol-Myers Squibb: CorpGov Recommendations Below – Votes Against Board Position in Bold