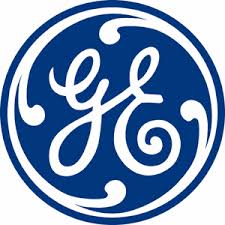 GE, General Electric Company (NYSE:$GE) is a diversified infrastructure and financial services company with products and services ranging from aircraft engines, power generation, oil and gas production equipment, and household appliances to medical imaging, business and consumer financing and industrial products. It is one of the stocks in my portfolio. Their annual meeting is coming up on April 27, 2016.

ProxyDemocracy.org had collected the votes of zero funds when I checked. Vote AGAINST pay plan, compensation committee, proposals on Performance-Based Equity Awards & Country Selection. Vote FOR report on lobbying, independent chair, and Holy Land Principles – voting with the Board’s recommendations 58% of the time. View Proxy Statement.

GE’s Summary Compensation Table shows the highest paid named executive officer (NEO) was CEO/Chair Jeff Immelt at $23.4M. I’m using Yahoo! Finance to determine market cap ($288B) and Wikipedia’s rule of thumb regarding classification. GE is a large-cap company. According to the Equilar Top 25 Executive Compensation Survey 2015, the median CEO compensation at large-cap corporations was $10.3 million in 2014, so pay is well above that amount. GE shares outperformed the S&P 500 over the most recent one and two year time periods and underperformed or was even for the most recent five year and ten year periods.

The MSCI GMIAnalyst report I reviewed gave GE an overall grade of ‘C.’ According to the report:

Egan-Jones Proxy Services, which takes various measures to arrive at a proprietary rating compensation score, notes one minor issue: “the CEO’s salary at $3,800,000 exceeds the $1 million dollar deducibility limit imposed by section 162m for salaries and non-qualified incentive payments. Failure to abide by IRS 162m rules results in loss of deductibility for the compensation in question and possibly increased and unnecessary tax payments.” However, Egan-Jones concludes:

The Company’s compensation policies and procedures are centered on a competitive pay-for-performance culture, strongly aligned with the long-term interest of its shareholders and necessary to attract and retain experienced, highly qualified executives critical to the Company’s long-term success and the enhancement of shareholder value. Therefore, we recommend a vote “FOR” this Proposal.

Because of the issues noted above, including pay far above median, I voted against the pay plan and compensation committee: John J. Brennan (Chairman), James I. Cash, Jr., Marijn E. Dekkers, Andrea Jung, Robert W. Lane, James E. Rohr, and Douglas A. Warner III, although Cash and Warner aren’t running for reelection.

As stated above, I voted against members of the compensation committee.

As I have mentioned previously on many occasions, I like directors representing me to have skin in the game. If they own stock, they are more likely to look out for my interests as a shareholder. See evidence at Bhagat, Sanjai and Carey, Dennis C. and Elson, Charles M., Director Ownership, Corporate Performance, and Management Turnover. All directors at GE own shares in our company.

#C1 Report on Lobbying Payments and Policy. This proposal from the City of Philadelphia Public Employees Retirement System appears reasonable to me, seeking additional transparency in this important area. Vote For.

#C2 Require Independent Board Chairman. I like this proposal from Kenneth Steiner. I’m happy to see Egan Jones agrees on this one: “We believe that there is an inherent potential conflict, in having an Inside director serve as the Chairman of the board. Consequently, we prefer that companies separate the roles of the Chairman and CEO and that the Chairman be independent to further ensure board independence and accountability.  We recommend a vote “FOR” this Proposal.”

#C4 Restore or Provide for Cumulative Voting. Generally, I support cumulative voting, since it gives shareholders a better chance of at least getting some minimal representation on the board. Cumulative voting cannot result in a takeover, only a small degree of influence. Vote For.

#C5 Performance-Based and/or Time-Based Equity Awards. Although I like the intent of this proposal, I’m not sure it would accomplish it stated goal any better than allowing the board continued flexibility. Vote Against.

#C7 Report on Guidelines for Country Selection. This proposal is from the National Center for Public Policy Research. I don’t often vote against a proposal based on who proposed it but for this right-wing organization, I make an exception. I don’t share their values.  Vote Against

GE: CorpGov Recommendations Below – Votes Against Board Position in Bold

GE: CorpGov Recommendations Below – Votes Against Board Position in Bold

SEC rules permit shareowners to submit proposals for inclusion in our proxy statement by satisfying the requirements specified in SEC Rule 14a-8. No later than close of business on November 14, 2016. By mail: Alex Dimitrief, Secretary, GE, at the applicable address listed on the inside front cover of this proxy statement. By email: shareowner.proposals@ge.com.