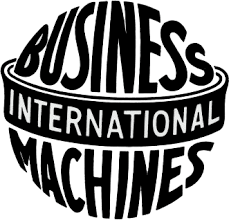 International Business Machines Corp. (NYSE:IBM, $IBM) provides information technology (IT) products and services worldwide. It is one of the stocks in my portfolio. Their annual meeting is coming up on April 26, 2016. ProxyDemocracy.org had collected the votes of four funds when I checked. I voted AGAINST the pay plan, and most of the directors. I voted FOR the report on lobbying, written consent, split CEO/Board Chair positions – voting with the Board’s recommendations 21% of the time. View Proxy Statement.

From Yahoo! Finance: International Business Machines Corporation’s ISS Governance QuickScore as of Apr 1, 2016 is 6. The pillar scores are Audit: 2; Board: 4; Shareholder Rights: 3; Compensation: 8. Brought to us by Institutional Shareholder Services (ISS). Scores range from “1” (low governance risk) to “10” (higher governance risk). Each of the pillar scores for Audit, Board, Shareholder Rights and Compensation, are based on specific company disclosures. That gives us a quick idea of where to focus: Compensation.

The MSCI GMIAnalyst report I reviewed gave International Business Machines an overall grade of ‘F’ According to the report:

Similarly, Egan-Jones Proxy Services takes various measures to arrive at a proprietary rating compensation score, which measures NCR Corporation’s wealth creation in comparison to other widely held issuers. “Needs attention” appears to be as low as they go. That’s the score they assigned to International Business Machines. On the actual compensation advisory vote, Egan-Jones concludes:

the CEO’s salary at $1,550,000 exceeds the $1 million dollar deducibility limit imposed by section 162m for salaries and non-qualified incentive payments. Failure to abide by IRS 162m rules results in loss of deductibility for the compensation in question and possibly increased and unnecessary tax payments.

Because of the issues noted above, including above median pay and underperformance, I voted against the pay plan and the compensation committee: Alex Gorsky, Andrew N. Liveris, W. James McNerney, Jr., and Sidney Taurel.

I have no reason to believe the auditor has rendered an inaccurate opinion, is engaged in poor accounting practices, or has a conflict of interest — so voted to confirm

As stated above, I voted against members of the compensation committee. I also voted against the following directors who, according to GMI Analyst, have served on the board for more than a year but own no stock in International Business Machines: Michael L. Eskew (also serves on 4 boards, arguably too many), Mark Fields, Alex Gorky, Shirley Ann Jackson (also serves on 4 boards, arguably too many), Andrew N. Liveris, W. James McNerney, Jr., Hutham S. Olayan, Virginia M. Roomette, and Peter R. Voser. I also voted against Kenneth I. Chenault, who also serves as the CEO/Chair of American Express and as a director at The Procter & Gamble Company. That doesn’t  have enough time to be an effective director at International Business Machines.

I voted in favor of amending the employee stock purchase plan. I am very much in favor of substantive employee ownership at NCR Corporation and incentivizing all employees. Egan-Jones Proxy Services‘  analysis includes the following conclusion:

We find no evidence of prior or expected future abuse of this ESPP and note that it appears to meet the requirements of a qualified plan. Thus we believe this ESPP to be in the best interests of shareholders, we recommend a vote “FOR” this Proposal.

Calvert writes:  “A vote FOR this proposal is warranted given that:- The purchase price is reasonable; and- The shares reserved is relatively conservative.”

I also voted in favor of declassifying the board for what feels like the umpteenth time. At the 2014 and 2015 Annual Meetings, the directors’ proposals that sought stockholder approval to eliminate the classification of the Board were approved by 78.43% and 77.01%  respectively but the bylaws require 80%. If my recollection is correct, all these votes stemmed from a proposal on the topic from my wife in 20013.

I voted in favor of all three proxy proposals. Walden Asset Management submitted the proposal to report on lobbying expenses and policies. IBM’s statement on climate change policy states that “IBM recognizes climate change is a serious concern that warrants meaningful action on a global basis to stabilize the atmospheric concentration of greenhouse gases (GHGs).” In contrast, the US Chamber of Commerce, which IBM also supports, is publicly attacking the EPA on its new Clean Power Plan addressing climate change. IBM’s payments to the Chamber help fund these attacks and conflict with IBM’s positive climate goals. Shareholders need to know where the money is going. The opposition statement argues they already disclose enough. Egan-Jones agrees. I’m still hoping for more.

The proposals from John Chevedden and Kenneth Steiner to allow written consent and to move to a split chair/CEO are standard good governance proposals and should receive widespread support.  I voted for both. Written consent gives shareholders more options in an emergency situation.

The Council of Institutional Investors, whose members invest over $3 trillion, clearly favors an independent chair in the following policy: “The board should be chaired by an independent director.”

A 2012 report by GMIRatings, The Costs of a Combined Chair/CEO, found companies with an independent chair provide investors with five-year shareholder returns nearly 28 percent higher than those headed by a party of one.

Still, the biggest reason to split the roles is to bring more accountability and oversight to the CEO’s job and to free the board to truly act as the CEO’s boss. Some argue a ‘lead director’ is enough. However, lead directors are not considered the equivalent of board chairmen by the board or shareowners, even when such directors are provided with comparable authorities. A recent EY report found titles matter. Lead directors typically cannot call shareholder or board meetings, nor to the lead CEO performance evaluations.

According to a Spencer Stewart survey of board members, 64% agree or strongly agree that splitting the positions results in more independent thought by directors, while 60% affirm that it leads to more effective CEO evaluations. ( See page 21.)

International Business Machines: CorpGov Recommendations Below – Votes Against Board Position in Bold

In addition to the votes reported on ProxyDemocracy.org, Proxy Insight reported on Teachers Retirement System of Texas (TRS), which voted with management on all issues .

Stockholder proposals may be submitted for IBM’s 2017 proxy material after the 2016 Annual Meeting and must be received at our corporate headquarters no later than November 7, 2016. Proposals should be sent via registered, certified or express mail to: Office of the Secretary, International Business Machines Corporation, 1 New Orchard Road, Mail Drop 301, Armonk, NY 10504.

Management carefully considers all proposals and suggestions from stockholders. When adoption is clearly in the best interest of IBM and stockholders, and can be accomplished without stockholder approval, the proposal is implemented without inclusion in the Proxy Statement. Examples of stockholder proposals and suggestions that have been adopted over the years include stockholder ratification of the appointment of an independent registered public accounting firm, improved procedures involving dividend checks and stockholder publications, and changes or additions to the proxy materials concerning matters like abstentions from voting, appointment of alternative proxy, inclusion of a table of contents, proponent disclosure and secrecy of stockholder voting.