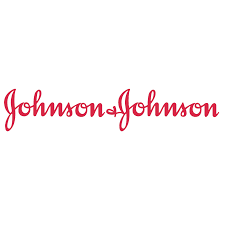 JNJ, Johnson&Johnson (NYSE: $JNJ) researches, develops, manufactures, and sells various products in the health care field worldwide through three segments: Consumer, Pharmaceutical, and Medical Devices. It is one of the stocks in my portfolio. Their annual meeting is coming up on April 28, 2016. ProxyDemocracy.org had collected the votes of two funds when I checked. I voted AGAINST the pay plan, compensation committee & favoring share buybacks. Vote FOR independent chair, disclose lobbying and report on drug take-back programs. I voted with the Board’s recommendations 53% of the time. View Proxy Statement.

JNJ‘s Summary Compensation Table shows the highest paid named executive officer (NEO) was CEO/Chair Alex Gorsky at $23.8M. I’m using Yahoo! Finance to determine market cap ($306B) and Wikipedia’s rule of thumb regarding classification. JNJ is a large-cap company. According to the Equilar Top 25 Executive Compensation Survey 2015, the median CEO compensation at large-cap corporations was $10.3M in 2014, so pay is well above that amount. JNJ‘s shares underperformed the S&P 500 over the most recent one, five and ten year time periods, underperforming during the most recent two year period.

The MSCI GMIAnalyst report I reviewed gave JNJ an overall grade of ‘D.’ According to the report:

Similarly, Egan-Jones Proxy Services takes various measures to arrive at a proprietary rating compensation score, which measures Johnson&Johnson‘s wealth creation in comparison to other widely held issuers. “Needs attention” appears to be as low as they go. That’s the score they assigned to JNJ On the actual compensation advisory vote, Egan-Jones concludes:

After taking into account both the quantitative and qualitative measures outlined above, we believe that shareholders cannot support the current compensation policies put in place by the Company’s directors. Furthermore, we believe that the Company’s compensation policies and procedures are not effective or strongly aligned with the long-term interest of its shareholders. Therefore, we recommend a vote “AGAINST” this Proposal…

Our qualitative review of this Company’s compensation has identified one minor issue: the CEO’s salary at $1,613,462 exceeds the $1 million dollar deducibility limit imposed by section 162m for salaries and non-qualified incentive payments. Failure to abide by IRS 162m rules results in loss of deductibility for the compensation in question and possibly increased and unnecessary tax payments. While this issue is not sufficient to trigger a negative vote alone, it does impact the Company’s overall compensation score, we would recommend the board investigate and consider alternative means of compensation for the CEO and any other 162m covered NEOs who exceed this limit in the future.

Because of the issues noted above, including above median pay, I voted against the pay plan and compensation committee up for election: Charles Prince, William D. Perez, Ronald A. Williams and Affiliated outside director A. Eugene Washington

Egan-Jones recommends for the shareholder proposals to transition to an independent director but against the rest.

Item #4, Adopt and Issue General Payout Policy Regarding Share Repurchases, would give preference to stock repurchases over dividends. I think this would be the wrong move, providing an incentive for misadventure by management. Vote Against.

#5, Require Independent Board Chairman,was submitted by Kenneth Steiner, requesting  a transition to split chair and CEO positions. This is simple good governance. I routinely submit almost the same exact proposal.  Don’t be fooled, a ‘lead director’ is in no way equivalent to an independent chair. Vote For.

#6. Report on Lobbying Payments and Policy, submitted by the New York State Common Retirement Fund, asks for a report so that shareholders can know where the money is going. Vote For.

#7 Report on Policies for Safe Disposal of Prescription Drugs by Users, which comes from the Gun Denhart Living Trust, c/o As You Sow Foundation, simply requests a report on establishing safe disposition programs by users of prescription drugs to prevent water pollution. We obviously need action in the area. The report could help determine future industry-side legislation for take back programs. Vote For.

Johnson&Johnson: CorpGov Recommendations Below – Votes Against Board Position in Bold

In addition to the votes reported on ProxyDemocracy.org, Proxy Insight reported on Canada Pension Plan Investment Board (CPPIB), Colorado PERA and Teacher Retirement System of Texas (TRS). All voted with management on all issues except they voted FOR the proposal to move to an independent director.

JNJ: CorpGov Recommendations Below – Votes Against Board Position in Bold

To be included in the Proxy Statement and proxy card for the 2017 Annual Meeting of Shareholders, a shareholder proposal must be received at our principal office on or before November 16, 2016 and must comply with Rule 14a-8 under the U.S. Securities and Exchange Act of 1934, as amended.