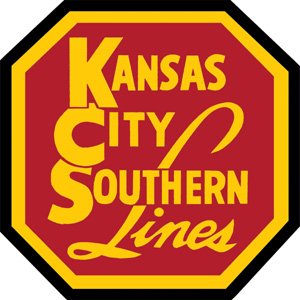 Kansas City Southern (NYSE:KSU, $KSU) is a transportation holding company with domestic and international rail operations in North America that are focused on the north/south freight corridor connecting commercial and industrial markets in the central United States with industrial cities in Mexico. It is one of the stocks in my portfolio. Their annual meeting is coming up on May 5, 2016. ProxyDemocracy.org had collected the votes of two funds when I checked. I voted AGAINST the pay plan and FOR genuine proxy access – voting with the Board’s recommendations 80% of the time. View Proxy Statement.

Kansas City Southern’s Summary Compensation Table shows the highest paid named executive officer (NEO) was CEO David L. Starling at $7.9M. I’m using Yahoo! Finance to determine market cap ($10.5B) and Wikipedia’s rule of thumb regarding classification. Kansas City Southern is a large-cap company. According to the Equilar Top 25 Executive Compensation Survey 2015, the median CEO compensation at mid-cap corporations was $10.3 million in 2014, so pay is below that amount. Shares underperformed the S&P 500 over the most recent one and two  year time periods and outperformed for the most recent five and ten year periods.

The MSCI GMIAnalyst report I reviewed gave Kansas City Southern an overall grade of ‘C.’ According to the report:

Similarly, Egan-Jones Proxy Services takes various measures to arrive at a proprietary rating compensation score, which measures Kansas City Southern’s wealth creation in comparison to other widely held issuers. “Needs attention” appears to be as low as they go. That’s the score they assigned to NCR Corporation. On the actual compensation advisory vote, Egan-Jones concludes:

After taking into account both the quantitative and qualitative measures outlined above, we believe that shareholders can

Because of the issues noted above, including above median pay and underperformance, I voted against the pay plan and would have voted against compensation committee members Henry R. Davis, Chairman, Robert J. Druten, and Rodney E. Slater. However, because of the previously classified board still transitioning to annual elections, there was such no opportunity.

Background: My proposal to declassify the board received a 90% FOR vote in 2013. The board put the issue on the proxy in 2014, which passed with a 100% For vote. Now we are transitioning to annual elections and the nominating committee members are not up for election this year.

As stated above, I voted AGAINST the pay package. With regard to the incentive bonus plan, Egan-Jones Proxy Services‘ analysis includes the following conclusion:

After taking into account the maximum amount of shareholder equity dilution this proposal could cause, as well as both the quantitative and qualitative measures outlined above, we believe that shareholders should not support the passage of this plan as proposed by the board of directors. Excessive compensation packages have been an on-going cause of concern among shareholders and investors. We believe that the board should seek to define CEO and employee pay more clearly as well as link that pay with the performance of the company and work to reduce the potential cost of any similar plan that may be proposed in the future. Therefore, we recommend a vote “AGAINST” this Proposal.

Although I share some of the same concerns, I gave the board the benefit of the doubt and voted For.

Of course, I voted in favor of my own proxy access proposal. What we are seeking is real proxy access of the type worked out over a decade of negotiations with various parties at the SEC’s… their vacated Rule 14a-11.

Kansas City Southern has adopted a proxy access ‘lite’ bylaw whereby a shareholder or group of no more than 20 stockholders holding at least 3% of the outstanding common stock continuously for at least three (3) years may nominate directors, so long as the number of directors elected via proxy access does not exceed the greater of two directors or 20% of the board. Our proposal language meets most of the concerns addressed by CII’s policy paper Proxy Access: Best Practice. As CII noted:

Our review of current research found that even if the 20 largest public pension funds were able to aggregate their shares they would not meet the 3% criteria at most of the companies examined.

To my knowledge, none of the major shareowners at Kansas City Southern have ever even filed a proxy proposal. They are unlikely to ever invoke proxy access, which would take considerably more effort. The New York State Common Retirement Fund appears to have the largest holding in Kansas City Southern among US public pensions, holding 0.25%. It is highly unlikely that the largest 20 public funds could meet the 3% ownership level required under the board’s current bylaw. That cap needs to be removed if proxy access at Kansas City Southern is to be meaningful. Please vote FOR proxy access to ensure shareholders can place a small number of their nominees on our proxy.

Kansas City Southern: CorpGov Recommendations Below – Votes Against Board Position in Bold

In addition to the votes reported on ProxyDemocracy.org, Proxy Insight reported on Canada Pension Plan Investment Board (CPPIB) and Teacher Retirement System of Texas (TRS), which voted the same as Calvert below.

If a holder of our Common Stock wishes to present a proposal for inclusion in our proxy statement for next year’s annual meeting of stockholders, the proposal must be made in accordance with the applicable laws and rules of the SEC and the interpretations thereof, as well as our Bylaws. Any such proposal should be sent to our Corporate Secretary at P.O. Box 219335, Kansas City, Missouri 64121-9335 (or if by express delivery to 427 West 12th Street, Kansas City, Missouri 64105) and must be received no later than December 6, 2016.