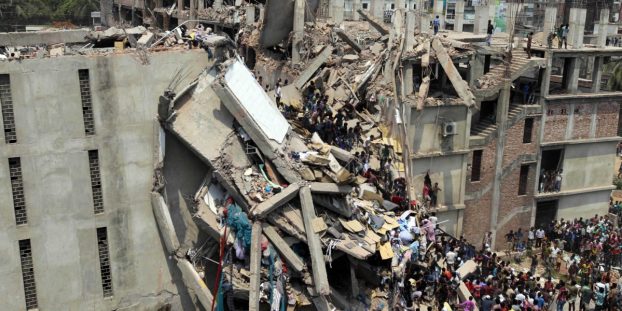 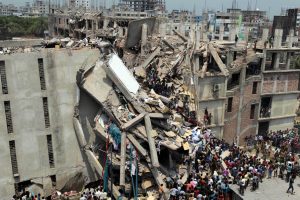 Three years have passed since the collapse of the Rana Plaza building in Bangladesh resulting in over 1,100 garment workers killed and 2,600 injured. This massive tragedy drew attention to the systemic human rights abuses in the garment sector, as well as the failure of the Bangladesh government and corporate compliance programs to create safe and healthy workplaces that respect and protect the lives of workers.

As an immediate response following the April 2013 Rana Plaza crisis in Bangladesh, over 200 global institutional investors representing over $3.1 trillion in assets under management appealed to companies to: join the Accord on Fire and Building Safety that includes trade unions, companies and non-governmental organizations; commit to strengthening local trade unions and ensuring a living wage for all workers; publicly disclose all their suppliers including those from Bangladesh, and; ensure that appropriate grievance mechanisms and effective remedies, including compensation, are in place for affected workers and families.

Some positive steps have been taken. An unprecedented number of global brands and retailers have collaborated to address the immediate and short-term threats to worker safety in the garment sector.

While expert inspections have identified thousands of issues, the vast majority of corrective action plans are far behind schedule. The lack of speedy remediation may in part be the result of a lack of financing.

Bangladesh labor law requires the establishment of worker/management Safety Committees in each garment factory. The government delayed issuing the rules and procedures for the formation of the Safety Committees. Now that the rules have been made public, we are concerned that the Worker Participation Committees (WPC), often controlled by factory management, will appoint worker representatives to the Safety Committees, rather than holding democratic elections. This would undermine the credibility of these committees to independently identify and address threats to worker safety. When properly established, the Safety Committees can be an effective institutional mechanism to detect and prevent safety issues from jeopardizing the health and safety of workers, avoiding another Rana Plaza.

In spite of this collective action and substantial investment in changing the garment sector after the Rana Plaza disaster, we, the undersigned investors, are concerned by the lack of significant progress in addressing persistent systemic issues which continue to not only put workers at risk, but also pose material, financial and reputational risk for companies and their investors. Much still needs to be accomplished in the remaining two years of the 5-year commitment, and increased transparency is critical for investors to better understand and assess what level of progress is being made at the factory level.

Therefore, we call on companies to:

Lastly, we call on companies, the Accord, and the Alliance to commit beyond 2018 to complete the remediation process; work with other stakeholders to support a living wage for garment workers; and create an environment where workers are able to exercise their internationally recognized rights to freely associate and bargain collectively. It is our hope that collaborative action will lead to the transformation of the Bangladesh garment sector and serve as a successful model to replicate in other markets and sectors.