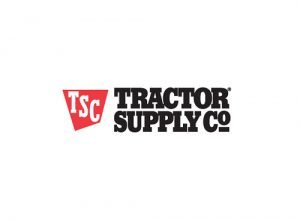 TSCO, Tractor Supply Company is an operator of rural lifestyle retail stores in the United States catering to recreational farmers and ranchers, as well as tradesmen and small businesses. It is one of the stocks in my portfolio. Their annual meeting is coming up on May 3, 2016. ProxyDemocracy.org had collected the votes of three funds when I checked. I voted AGAINST R. Keith Halbert; FOR all other items in the proxy. I voted with the Board’s recommendations 88% of the time. View Proxy Statement.

TSCO’s Summary Compensation Table shows the highest paid named executive officer (NEO) was CEO Gregory A. Sandfort at $6.6M. I’m using Yahoo! Finance to determine market cap ($12.6B) and Wikipedia’s rule of thumb regarding classification. TSCO is a large-cap company but barely. According to the Equilar Top 25 Executive Compensation Survey 2015, the median CEO compensation at large-cap corporations was $10.3M in 2014, so pay is lower than that amount. Shares outperformed the NASDAQ over the most recent one, two, five and ten year time periods.

The MSCI GMIAnalyst report I reviewed gave TSCO an overall grade of ‘B.’ According to the report:

The Company’s compensation policies and procedures are centered on a competitive pay-for-performance culture, strongly aligned with the long-term interest of its shareholders and necessary to attract and retain experienced, highly qualified executives critical to the Company’s long-term success and the enhancement of shareholder value. Therefore, we recommend a vote “FOR” this Proposal.

I voted FOR the pay package.

Egan-Jones recommended in favor of all board member/nominees. I mostly concurred but voted against R. Keith Halbert who has served on the board for a year but still owns no shares in TSCO.  As I have mentioned previously on many occasions, I like directors representing me to have skin in the game. If they own stock, they are more likely to look out for my interests as a shareholder. See Bhagat, Sanjai and Carey, Dennis C. and Elson, Charles M., Director Ownership, Corporate Performance, and Management Turnover.

TSCO: CorpGov Recommendations Below – Votes Against Board Position in Bold

In addition to the votes reported on ProxyDemocracy.org, Proxy Insight reported on Colorado PERA, Canada Pension Plan Investment Board (CPPIB) and Teacher Retirement System of Texas (TRS). Each voted with the board, FOR each item.

Shareholders who desire to submit to the Company proposals for possible inclusion in the Company’s proxy materials for the 2017 Annual Meeting of Shareholders must submit such proposals in writing by November 18, 2016 to the Corporate Secretary of the Company at 5401 Virginia Way, Brentwood, Tennessee 37027.