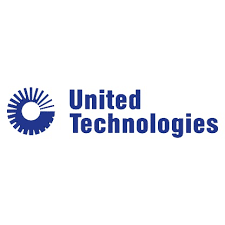 United Technologies Corporation (NYSE:UTX, $UTX) provides high technology products and services to the building systems and aerospace industries across the world. It is one of the stocks in my portfolio. Their annual meeting is coming up on April 25, 2016. ProxyDemocracy.org had collected the votes of one fund when I checked. I voted AGAINST the pay plan, compensation committee and end to cumulative voting – voting with the Board’s recommendations 44% of the time. View Proxy Statement.

The MSCI GMIAnalyst report I reviewed gave United Technologies Corporation an overall grade of ‘C’ According to the report:

the CEO’s salary at $1,300,000 exceeds the $1 million dollar deducibility limit imposed by section 162m for salaries and non-qualified incentive payments. Failure to abide by IRS 162m rules results in loss of deductibility for the compensation in question and possibly increased and unnecessary tax payments. While this issue is not sufficient to trigger a negative vote alone, it does impact the Company’s overall compensation score, we would recommend the board investigate and consider alternative means of compensation for the CEO and any other 162m covered NEOs who exceed this limit in the future.

Because of the issues noted above, including underperformance, I voted against the pay plan and the compensation committee: John V. Faraci, Jean-Pierre Garnier, Edward A. Kangas (who is also a director on 6 boards – problematic), Harold Mcgraw III, Richard B. Myers, Brian C. Rogers and H. Patrick Swygert.

I have no reason to believe the auditor has rendered an inaccurate opinion, is engaged in poor accounting practices, or has a conflict of interest — so voted to confirm

As stated above, I voted against members of the compensation committee. I’m also concerned that over half the board has served for 10 years or more, although I’m glad to see two new appointments in the past year.

#3 Eliminate Cumulative Voting. Generally, I support cumulative voting, since it gives shareholders a better chance of at least getting some minimal representation on the board. Cumulative voting cannot result in a takeover, only influence. The board argues it is no longer relevant, since they have adopted proxy access. However, their proxy access is ‘lite,’ being limited to groups of 20. Egan-Jones recommends a vote against, as do several predisclosing funds but I’m voting For.

None this year. United Technologies Corporation could really use a proposal to amend their proxy access bylaws to make them workable by lifting that 20 member cap.

United Technologies Corporation: CorpGov Recommendations Below – Votes Against Board Position in Bold

In addition to the votes reported on ProxyDemocracy.org, Proxy Insight reported votes by Calvert, Teachers Retirement System of Texas (TRS), Canada Pension Plan Investment Board (CPPIB) and Colorado PERA. Calvert voted against eliminating cumulative voting. All the other votes, except Trillium, went as the board recommended. I see OTPP (Ontario Teachers Pension Plan) also voted with the board 100% of the time.

In order for a shareowner proposal to be considered for inclusion in UTC’s Proxy Statement for the 2017 Annual Meeting under SEC Rule 14a-8, our Corporate Secretary must receive such proposal in writing by November 15, 2016.