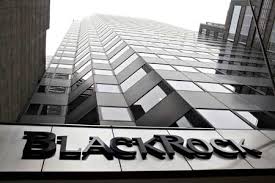 BlackRock Inc: Before You Vote Your Proxy

Their annual meeting is coming up on May 25, 2016. ProxyDemocracy.org had collected the votes of three fund families when I checked. Vote AGAINST pay plan, compensation committee, director with poor attendance; FOR Proxy Access, Report on Proxy Voting and Executive Compensation. I voted with the Board’s recommendations 59% of the time. View Proxy Statement.

BlackRock Inc’s Summary Compensation Table shows the highest paid named executive officer (NEO) was chair and CEO Laurence D. Fink, at $25.8M. I’m using Yahoo! Finance to determine market cap ($58.5B) and Wikipedia’s rule of thumb regarding classification. Ellie Mae is a large-cap company. According to the Equilar Top 25 Executive Compensation Survey 2015, the median CEO compensation at large-cap corporations was $10.3 in 2014, so pay was considerably under that amount. However, BlackRock Inc’s shares underperformed the S&P 500 over the most recent one but outperformed during the most recent two, five and ten year periods.

Egan-Jones Proxy Services takes various measures to arrive at a proprietary rating compensation score, which measures  wealth creation in comparison to other widely held issuers. “Needs Attention” is the rating given. On the actual compensation advisory vote, Egan-Jones concludes:

As mentioned above, I voted against the pay package and compensation committee.  I see Egan-Jones recommended voting against Abdlatif Yousef Al-Hamad “due to high absenteeism,” since the nominee attended less than 75% of all the meetings of the Board and of the committees during the fiscal year that has ended. That logic works for me. You can’t be an effective director if you don’t attend the meetings.

#4 Proxy Access. This board proposal is for proxy access lite, in an attempt to avoid adopting a more robust form of proxy access that may be proposed by shareholders. Key provisions include allowing a small group of up to 20 shareholder owning 3% of common stock over at least 3 years to place nominees totaling up to one quarter of the directors then serving. Proxy access is the most important shareholder right that has to be won through a proxy vote. I’ve been working on this issue since before filing a petition with the SEC in the summer of 2002, which the Council of Institutional Investors said reinvigorated the debate. I guess proxy access lite is better than no proxy access, although it would probably make winning real proxy access more difficult. Egan-Jones recommends ‘For,” and I assume just about everyone will vote in favor. I voted ‘FOR.’

#5 Report on Proxy Voting and Executive Compensation. This proposal comes from the Stephen M. Silberstein Revocable Trust. I love it and plan a few similar proposals. BlackRock says it will oppose advisory pay votes in specific cases, including when: “We determine that compensation is excessive relative to peers without appropriate rationale or explanation, including the appropriateness of the company’s selected peers.” Yet, in the prior year, they voted to approve executive pay 99% of the time. BlackRock has some explaining to do.

Here’s Why We Can’t Rely on Shareholders to Fix CEO Pay by Sarah Anderson provides readers of The Nation a little more explanation. Egan-Jones recommends ‘FOR.’ If you agree, vote ‘FOR’ like I did.

BlackRock Inc: CorpGov Recommendations Below – Votes Against Board Position in Bold

Stockholders who, in accordance with the Exchange Act Rule 14a-8, wish to present proposals for inclusion in the proxy materials to be distributed by us in connection with our 2017 Annual Meeting must submit their proposals to BlackRock’s Corporate Secretary on or before December 16, 2016.