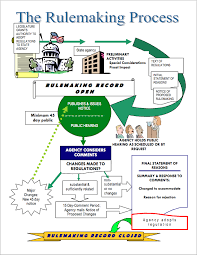 I have seen much worse proposals before. For example, when they attempted to use CalPERS election rules to muzzle critics (CalPERS muzzles critics: Ballot rules protect board, keep others in the dark). The newly proposed election rules are not of that variety. Still, they hint at a certain degree of arrogance by seeking to put the Board above the law.

The current rulemaking attempts to create flexibility in CalPERS election rules by allowing the board to create rules of general application without going through the legally required rulemaking process. Sound like a technicality? Maybe, but democracy depends on the rules and an open process. I’d love to hear your thoughts in the comment section below.

According to the notice, the proposed CalPERS election rules

would amend the current CalPERS Board election process, allowing voters to submit their vote by telephone, internet, as well as the current mail ballot method… These changes could potentially increase voter participation as it allows a voter to cast their vote in a manner most convenient to them. The regulations would also make technical changes to provide more clarity to the election process.

Public comments on the proposed CalPERS election rules are due at 5:00 p.m. June 13, 2016. If any readers have any, I would love to be copied, so I can keep up on developments.

The proposed amendments will allow CalPERS the flexibility to add internet and telephone voting to the Board election process while procuring a single vendor that can administer the new process.

First, let me say how pleased I am to see proposed amendments in Title 2, section 554 extending the prohibition against employees of CalPERS using their official position to favor one candidate over another to all employees, not just those “directly involved in conducting a CalPERS election.”

The only documented incidence I know of where CalPERS staff used their position to favor one candidate over another was when a former chief counsel and a former CEO (now facing up to 5 years in prison for bribery on another case) allowed a former president to rewrite his position statement in clear violation of CalPERS regulations, in order to address ethical concerns raised in my candidate statement. Neither employee was directly involved in the normal course of the elections but they certainly had an impact. While it is good to see this provision finally corrected, it would be nice if the proposed rules gave some indication of how such breaches in conduct by CalPERS staff might be handled.

There are other provisions that need attention.

Renumbered section 554.5(b). Existing language is unclear with reference to what contact information is required of nominees. Use of the phrase ‘such as’ generally implies the same as ‘for example.’ Therefore, it is unclear if a candidate must include a fax number or a phone number, etc. What if a candidate doesn’t have a fax? Are they then disqualified? The current rulemaking compounds the issue by proposed removal of the form, CalPERS-BRD-74B (10/11), which more clearly includes no unspecified requirements.

Renumbered section 554.5(e), which adds subdivision (4) and the requirement, “such other information as determined by the Board.” The provision appears to be an attempt to circumvent the rulemaking process by allowing the Board to make a rule of general application as to additional information needed to become a candidate without going through the rulemaking process required by the Administrative Procedure Act (APA).

Government Code, section 20121, the authority cited, provides the “board may make such rules as it deems proper.” However, that seemingly global authority does not allow the Board to bypass the APA. See, for example, 1999 OAL Determination No. 18 brought at my request and Armistead v. State Personnel Board. The Board lacks legal authority to make a rule to bypass the APA.

Renumbered section 554.6(c) fails the clarity standard of Title 1, section 16. Does “the next working day” mean the day following the tenth calendar day or the day after candidate statements are distributed? The regulations also contain calendar deadlines set forth that apply to the Election Coordinator. CalPERS could consider a global clarification of how deadlines are to be applied.

Renumbered section 554.7(a). Like renumbered section 554.5(e)(4), this provision also appears to be an attempt to allow the Board to allow the Board to make a rule of general application, in this case the manner of casting electronic and telephone votes, without going through the rulemaking process required by the APA. Neither Government Code, section 20096 nor section 20121, the authorities cited, provide authority to the Board to bypass the APA. See, for example, 1999 OAL Determination No. 18 brought at my request and Armistead v. State Personnel Board. The Board lacks legal authority to make a rule to bypass the APA. Both rules appear to sanction underground rulemaking.

For example, the proposed subdivision requires the return envelop of “paper marked” ballots to be signed by the voter under penalty of perjury that the voter is eligible to vote in the election. What certification, if any, is required of electronic or telephone voters? We have no idea. We are simply informed such voting “must be cast in a manner prescribed by CalPERS.”

I assume CalPERS will do so through a rule of general application, rather than deciding each electronic or telephone vote on a case-by-case basis. If so, such requirements must be specified in regulations issued by CalPERS and adopted pursuant to the APA, unless expressly exempted by statute. (Government Code section 11346) The rulemaking cites no such exemption.

The meanings of various proposed subdivisions of renumbered section 554.8(a) are also unclear. Subdivision (a) says the following are to be declared “invalid ballots” Does the Board really intend to throw out the whole ballot if a vote is cast for an individual not listed on the official ballot, or will just the write-in vote be invalid? Subdivision (4) reads, “votes cast in excess of that allowed on the ballot.” Again, are the excess votes invalid or the whole ballot?

Subdivision (6) of renumbered section 554.8(a) appears to be another attempt to allow the Board to circumvent the rulemaking process by allowing the Board to make a rule of general application, in this case the manner of casting electronic and telephone votes, without going through the rulemaking process required by the Administrative Procedure Act (APA). Government Code, section 20121, the authority cited, provides no such authority to the Board. See, for example, 1999 OAL Determination No. 18 brought at my request and Armistead v. State Personnel Board. The Board lacks legal authority to make a rule to bypass the APA. The rule appears to sanction underground rulemaking.

Subdivision (b) of renumbered section 554.8 is unclear in several ways. It says that “valid” ballots be opened, inspected, and counted publicly. How does the “independent, neutral agent” appointed by CalPERS determine which ballots are valid before opening them? The provisions of proposed subdivision (a) to invalidate ballots under specified conditions can only be logically applied after ballots are opened.

Additionally, how does the agent open, inspect and publicly count electronic and telephone votes in public, as subdivision (b) appears to require? I am “directly affected” by the regulation as that term is used in Title 1, section 16, but have no idea how the terms open, inspect and count publicly are defined when it comes to electronic and mailed ballots. Additional clarity is needed.

In the interests of expediting the rulemaking, I request a public hearing on these issues so that CalPERS can provide the requested clarification on the record.

Thanks for your consideration,