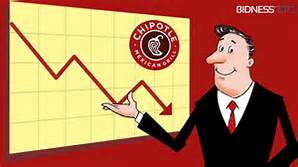 Chipotle Mexican Grill, Inc (NYSE:CMG, $CMG) develops and operates Chipotle Mexican Grill restaurants, which serve a focused menu of burritos, tacos, burrito bowls (a burrito without the tortilla) and salads. It is one of the stocks in my portfolio. Their annual meeting is coming up on May 11, 2016. ProxyDemocracy.org had collected the votes of 2 funds when I checked. Vote AGAINST pay, compensation committee, audit chair, fake management reforms; FOR all shareholder proposals, especially genuine proxy access. I voted with the Board’s recommendations 37% of the time. View Proxy Statement.

The MSCI GMIAnalyst report I reviewed gave Chipotle Mexican Grill, Inc’s an overall grade of ‘D.’ According to the report:

Our qualitative review of this Company’s compensation has identified one minor issue: the CEO’s salary at $1,526,00 exceeds the $1 million dollar deducibility limit imposed by section 162m for salaries and non-qualified incentive payments. Failure to abide by IRS 162m rules results in loss of deductibility for the compensation in question and possibly increased and unnecessary tax payments. While this issue is not sufficient to trigger a negative vote alone, it does impact the Company’s overall compensation score, we would recommend the board investigate and consider alternative means of compensation for the CEO and any other 162m covered NEOs who exceed this limit in the future…

Given the issues above, including pay over median and underperformance, I voted Against the pay package and the compensation committee: Neil Flanzraich, Lead Director and Chair of the Compensation Committee, Darlene Friedman, Pat Flynn.

Egan-Jones recommended in favor of all directors. As noted above, I voted against all members of the compensation committee. I also joined with several funds in a vote AGAINST Audit Committee chair Albert Baldocchi, given the Committee’s failure to provide sufficient oversight of food safety risk.

#4 Special Meeting. EJ recommended FOR. This management proposal would all shareholders representing 25% of more of outstanding shares of common stock to call a special meeting. I have a proposal for a far more reasonable threshold of 10% on the same proxy. Vote AGAINST this one and for #8.

#5 Management proposal for proxy access ‘lite.” I just can’t help noting that while shareowners are required to describe proposals with only 500 words, management’s proxy access proposal takes over 2600. I won’t go into detail. All you need to know is that it would allow groups of up to 20 shareholders with not less than 5% of Chipotle Mexican Grill, Inc’s common stock held for 3 years to nominate 1 director or up to 20% of the board rounded down. The board is living in a fantasy world. Even Vanguard, their largest stockholder, now favors a threshold of 3%. EJ recommends a vote “FOR,” since “adopting ‘proxy access’ can more easily promote independent director candidates to enhance accountability to shareholders.” However, this is proxy access in name only. This is corporate governance ‘greenwashing.” Vote AGAINST.

Egan-Jones recommends Against all the shareholder proposals except proxy access, where they recommend FOR.

Item #6, Proxy Access. I think this comes from NYC Comptroller, with thresholds of 3% held for 3 years to place nominees up to 25% of the board on the proxy. This is the most fundamental right of shareholders not required by law or regulations. Vote FOR.

#7, Stock retention holding period for senior executives; 50% until retirement age or leaving the company. This seems to reasonably incentivize management for the long term, while allowing executives to diversify half their portfolio. The lowest number of applicable shares appears to be 3000 owned by Mark Crumpacker worth in excess of $1.5M owned, $4M recently vested (why isn’t that same as owned?), option awards of $5M and god knows what else on top of annual pay of more than $1/2M. Don’t shed crocodile tears if this proposal results in executives having to hand onto their stock longer. Vote FOR.

#8. Shareholders may call special meeting. This is a good governance measure submitted by me to reduce entrenchment. Allowing special meetings is associated with higher share values. See classic study by Gompers, Paul A. and Ishii, Joy L. and Metrick, Andrew, Corporate Governance and Equity Prices. 10% is a threshold that might actually be met in rare circumstances; 25% is not. Vote FOR.

#10 Assess Sustainability as a Performance Measure for Sr Exec Compensation. Similar logic to #9 above. EJ recommends Against. I recommend FOR.

Chipotle Mexican Grill, Inc: CorpGov Recommendations Below – Votes Against Board Position in Bold

I guess I’m voting early, trying to keep up with all the proxies.  Proxy Insight hadn’t collected any more votes than ProxyDemocracy.org when I checked, although I assume they will soon, since I found the votes of CPPIB, OTPP and TRS using the links in our section entitled Shareowner Action: Vote. For additional views and recommendations, see Influential Proxy Firm Pressures Chipotle on Board Makeup, WSJ, 4/27/2016.

Any proposal of a shareholder intended to be included in our proxy statement and form of proxy/voting instruction card for the 2017 annual meeting of shareholders pursuant to SEC Rule 14a-8 must be received by us no later than November 24, 2016, unless the date of our 2017 annual meeting is more than 30 days before or after May 11, 2017, in which case the proposal must be received a reasonable time before we begin to print and send our proxy materials. All proposals must be addressed to Chipotle Mexican Grill, Inc., 1401 Wynkoop Street, Suite 500, Denver, CO 80202, Attn: Corporate Secretary.