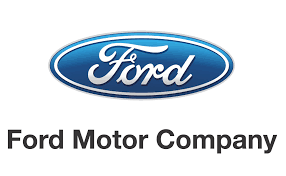 Ford Motor Company (NYSE:F, $F) manufactures or distributes automobiles across six continents. It is one of the stocks in my portfolio. Their annual meeting is coming up on May 12, 2016. ProxyDemocracy.org had collected the votes of three funds when I checked. Vote AGAINST pay, compensation committee, poison pill; FOR shareholder proposals to transition out of dual class shares and to lower the threshold to call a special meeting. I voted with the Board’s recommendations 58% of the time. View Proxy Statement.

Ford Motor’s Summary Compensation Table shows the highest paid named executive officer (NEO) was CEO Mark Fields at $18.6M. I’m using Yahoo! Finance to determine market cap ($53.5B) and Wikipedia’s rule of thumb regarding classification. Ford Motor is a large-cap company. According to the Equilar Top 25 Executive Compensation Survey 2015, the median CEO compensation at large-cap corporations was $10.3M in 2014, so pay is higher than that amount. Ford Motor’s shares underperformed the S&P 500 over the most recent one, two, and five year time periods, outperforming only over the last ten year time period. Although Ford Motor has done better in the last few months with good sales of SUVs and trucks, I don’t see any electric vehicle from Ford Motor wowing future customers. I may be reassessing my position.

The MSCI GMIAnalyst report I reviewed gave Ford Motor’s an overall grade of ‘F.’ According to the report:

Our qualitative review of this Company’s compensation has identified one minor issue: the CEO’s salary at $1,750,000 exceeds the $1 million dollar deducibility limit imposed by section 162m for salaries and non-qualified incentive payments. Failure to abide by IRS 162m rules results in loss of deductibility for the compensation in question and possibly increased and unnecessary tax payments. While this issue is not sufficient to trigger a negative vote alone, it does impact the Company’s overall compensation score, we would recommend the board investigate and consider alternative means of compensation for the CEO and any other 162m covered NEOs who exceed this limit in the future…

Given the issues above, including pay over median and underperformance, I voted Against the pay package and the compensation committee; Anthony F. Earley, Jr. (Chair), Jon M. Huntsman, Jr., Ellen R. Marram, John C. Lechleiter and John L. Thornton.

As noted above, I voted against all members of the compensation committee.

#4 Amend Tax Benefits Preservation Plan (Poison Pill). EJ recommends for. I didn’t spend a lot of time analyzing this one but it appears to be a poison pill to keep the Ford family in control by ensuring a change in control will remove $15B of carry forward net operating losses.  While I’m sure the measure will pass, since Ford Family shares have 16 times the voting power of our shares, I want to express my wishes in the strongest way possible that Ford Motor phase out its dual class share structure. Paying a little more in taxes wouldn’t hurt either. Vote AGAINST.

EJ recommends FOR #5, AGAINST #6. I recommend voting FOR both proposals.

Item #5, Recapitalization Plan. This proposal by John Chevedden asks the to Board take steps to adopt a recapitalization plan for all of Ford’s outstanding stock to have one-vote per share. This would include all practicable steps including encouragement and negotiation with Ford family shareholders to request that they relinquish, for the common good of all shareholders, any preexisting rights to dual class shares. Controlled companies generally underperform non-controlled firms in terms of total shareholder returns, revenue growth, and return on equity, according to a report, Controlled Companies in the Standard & Poor’s 1500: A Follow-up Review of Performance & Risk, commissioned by the Investor Responsibility Research Center Institute (IRRCi) and conducted by Institutional Shareholder Services Inc. (ISS).

In their opposition statement the board cites “robust corporate governance practices,” such as annual election of directors by majority vote, the right to call a special meeting, the right to act by written consent. Without one share one vote, these rights are simply an illusion, since the Ford Family has complete control. Vote FOR.

#6. Shareholders may call special meeting. This is a good governance measure submitted by me to reduce entrenchment. Allowing special meetings is associated with higher share values. See classic study by Gompers, Paul A. and Ishii, Joy L. and Metrick, Andrew, Corporate Governance and Equity Prices. 10% is a threshold that might actually be met in rare circumstances. The current threshold of 30% is not. Vote FOR.

Ford Motor: CorpGov Recommendations Below – Votes Against Board Position in Bold

In addition to the votes reported on ProxyDemocracy.org, Proxy Insight reported on Teacher Retirement System of Texas (TRS) and Canada Pension Plan Investment Board (CPPIB). Both voted ‘FOR’ all items on the proxy.

Unless the Board of Directors determines otherwise, next year’s annual meeting will be held on May 11, 2017. Any shareholder proposal intended for inclusion in the proxy materials for the 2017 Annual Meeting must be received by the Company’s Secretary no later than December 1, 2016, and can be sent via facsimile to 313-248-8713. Shareholder proposals submitted outside of the process described in Rule 14a-8 of the Securities Exchange Act of 1934, as amended, will not be considered at any annual meeting of shareholders. The Company will not include in the Notice of Annual Meeting proposals not in compliance with SEC Rule 14a-8 and, under the Company’s By-Laws, no business other than that stated in the notice of meeting can be transacted at the meeting.