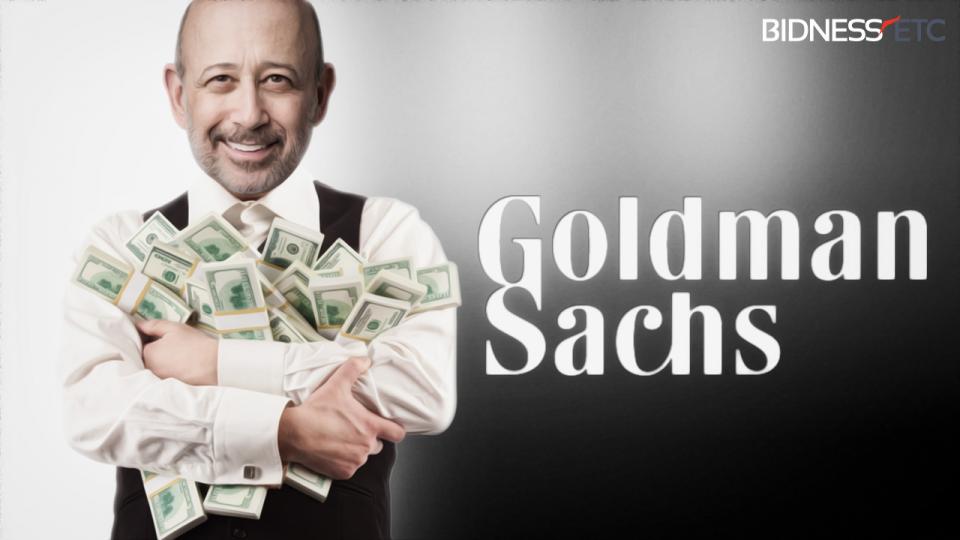 The Goldman Sachs Group Inc (NYSE:GS, $GS) is a bank holding company and a financial holding company. The annual meeting of Goldman Sachs is coming up on May 20, 2016. ProxyDemocracy.org had collected the votes of two fund families when I checked. Vote AGAINST pay, compensation committee; FOR all shareholder proposals. I voted with the Board’s recommendations 50% of the time. View Proxy Statement.

From Yahoo! Finance: The Goldman Sachs Group, Inc.’s ISS Governance QuickScore as of May 1, 2016 is 9. The pillar scores are Audit: 10; Board: 7; Shareholder Rights: 5; Compensation: 8. Brought to us by Institutional Shareholder Services (ISS). Scores range from “1” (low governance risk) to “10” (higher governance risk). Each of the pillar scores for Audit, Board, Shareholder Rights and Compensation, are based on specific company disclosures. That gives us a quick idea of where to focus: everywhere.

Goldman Sachs’ Summary Compensation Table shows the highest paid named executive officer (NEO) was CEO/Chair Lloyd Blankfein at $22.6M. I’m using Yahoo! Finance to determine market cap ($68B) and Wikipedia’s rule of thumb regarding classification. Goldman Sachs is a large-cap company. According to the Equilar Top 25 Executive Compensation Survey 2015, the median CEO compensation at large-cap corporations was $10.3M in 2014, so pay was considerably higher than that amount. Goldman Sachs’ shares underperformed the S&P 500 over the most recent one, two, five and ten year periods.

The MSCI GMIAnalyst report I reviewed gave Goldman Sachs an overall grade of ‘D.’ According to the report:

Similarly, Egan-Jones Proxy Services takes various measures to arrive at a proprietary rating compensation score, which measures wealth creation in comparison to other widely held issuers. “Needs Attention” is the rating given. On the actual compensation advisory vote, Egan-Jones concludes:

Our qualitative review of this Company’s compensation has identified one minor issue: the CEO’s salary at $2,000,000  exceeds the $1 million dollar deducibility limit imposed by section 162m for salaries and non-qualified incentive payments. Failure to abide by IRS 162m rules results in loss of deductibility for the compensation in question and possibly increased and unnecessary tax payments. While this issue is not sufficient to trigger a negative vote alone, it does impact the Company’s overall compensation score, we would recommend the board investigate and consider alternative means of compensation for the CEO and any other 162m covered NEOs who exceed this limit in the future…

We note, however, after taking into account both the quantitative and qualitative measures outlined above, we believe that shareholders cannot support the current compensation policies put in place by the Company’s directors. Furthermore, we believe that the Company’s compensation policies and procedures are not effective or strongly aligned with the long-term interest of its shareholders. Therefore, we recommend a vote “AGAINST” this Proposal.

Given the issues above, especially pay over median and underperformance, I voted AGAINST the pay package, and the compensation committee: M. Michele Burns,  William W. George, James A. Johnson, Lakshmi N. Mittal, and Debora Spar.

As mentioned above, I voted against the pay package and the compensation committee (also recommended by EJ Ratings). Aside from enabling high pay, Burns also serves on 5 boards. That’s too many.

#4 Prohibit Accelerated Vesting to Pursue Government Service. I voted ‘FOR’ this proposal from the AFL-CIO Reserve Fund. The board’s opposition statements says, “we do not think it is appropriate to penalize employees who choose to enter into a career of public service.” (my emphasis) While I don’t think it is right to penalize employees for entering public service, accelerated vesting would pay they for work they haven’t done… to incentivize good employees to stay. This is too much like a golden parachute. Vote ‘FOR.”

#5 Exclude Vote Abstentions from Against Votes. This proposal comes from the Equality Network Foundation. Bruce Herbert has been the driving force behind this proposal, which like all new proposals, is taking a while to get traction. It argues the FOR and AGAINST votes should be counted, not ABSTENTIONS. Counting abstentions in the vote raising the proportion of votes required for a shareholder vote to win. It essentially put the Board’s thumb on the voting scale. They already have one thumb on the scale, since every vote you leave blank gets filled in as a vote for management. Don’t let them keep a second thumb on the scale as well. Vote ‘FOR.”

#5 Require Independent Board Chair. This is my proposal. Everyone needs a boss, especially the CEO of a company that has underperformed the S&P 500 so consistently. The opposition argues the board has a ‘lead director.’ Was Frank Sinatra known as the lead director. Hell no! He was the Chairman of the Board… a title that really means something. Do you have investments in mutual funds like Vanguard, American Funds, iShares, or Fidelity? If so, join the campaign from SumOfUs. Call your fund now and ask them to support the proposal. If enough do so, they will vote ‘FOR’. SumOfUs provides you with the phone numbers. According to Proxy Insight records, target funds have voted in favor of independent board shareholder resolution previously as follows:

Goldman Sachs: CorpGov Recommendations Below – Votes Against Board Position in Bold

Shareholders who, in accordance with the SEC’s Rule 14a-8, wish to present proposals for inclusion in the proxy materials to be distributed by us in connection with our 2017 Annual Meeting of Shareholders must submit their proposals to John F.W. Rogers, Secretary to the Board of Directors via email at shareholderproposals@gs.com or by mail, at The Goldman Sachs Group, Inc., 200 West Street, New York, New York 10282. Proposals must be received on or before Friday, December 9, 2016. As the rules of the SEC make clear, however, simply submitting a proposal does not guarantee its inclusion.