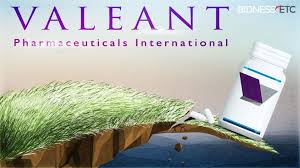 Governance and the Valeant Flea: The Art of Not Living Dangerously

“You may well say, that’s a valiant flea that dare eat his breakfast on the lip of a lion.”

There’s a good reason that no bestselling novels or blockbuster movies about corporate governance exist. It’s because doing corporate governance right is frankly boring. Figuring out which companies are well governed is not a beautiful or riveting process, but for investors it’s critical to make the effort. Why? Because identifying companies that are skating too near the edge may help preserve portfolio value. At Pax World, we experienced this first-hand when we eliminated the drug company Valeant (VRX) from our portfolios last fall.

Valeant is a cautionary tale for investors. There are a lot of companies whose governance is less than perfect—arguably, that describes the vast majority of companies. So for investors it makes sense to figure out where along the continuum from “well governed” to “total meltdown” any company is and to decide where to draw the line. Judging the quality of corporate governance is about figuring out which of the hundreds of data dots really are important. What follows is a primer on how we connected those dots for Valeant.

Let’s start with the business model. Valeant’s model was what one investor, recently quoted in a Financial Times article,[1] called a syllogistic fallacy: the belief that success in pharmaceuticals can be had without finding new medicines. If that were all Valeant had done, it might not have come under such harsh scrutiny, but its business model — described[1] as “buy rival companies, cut the research budget, raise the price of their medicines, fire their scientists, repeat”— was bound to leave a lot of collateral damage among patients who were prescribed the medicines Valeant acquired. It’s one thing to create a new product that everyone wants, as Apple did; it’s quite another to take one that thousands of people depend on for survival and raise the price without having done anything to make the product, or make it better. Businesses whose operations could hurt people tend to attract a great deal more regulatory scrutiny,[2] and that’s often not very good for them or their shareholders.

Another troubling feature of Valeant’s business strategy was its enormous hunger for acquisitions. There are some clues in a recent article[3] on Bloomberg Gadfly by Max Nisen, comparing Valeant with another drug company, Allergan, that was once (six years ago) quite similar. Both were very acquisitive, neither was much of a new drug developer, both raised prices of the drugs they purchased, and both pursued tax inversions to minimize U.S. taxes. However there were important differences. According to Nisen, Allergan’s acquisitions focused on fewer, higher quality purchases, while Valeant’s acquisition binge included over twice as many purchases for one-third the total price. And as James Surowiecki pointed out in The New Yorker,[4] growth based on acquisitions can be challenging because “they have to keep feeding the beast: if you grow by buying, you have to keep buying to thrive. But, the bigger you get, the fewer deals there are that can truly boost your bottom line. And, because your grim reputation precedes you, you end up paying big premiums, which may mean that you have to start borrowing heavily.”

Incidentally, Valeant raised the prices of the drugs it purchased far more than Allergan did, a move that attracted a great deal of attention from regulators, patients, and politicians. Valeant’s average drug price increase[3] was about nine times higher than Allergan’s.

Meanwhile, it paid its executives “exceedingly well,” as James Surowiecki reported,[4] and tied compensation to a measure called Total Shareholder Return (TSR), which is the total amount returned to investors, “thus encouraging a single-minded focus on stock price.” Jon Lukomnik, writing in the Harvard Law School Forum on Corporate Governance and Financial Regulation,[5] points out that “the focus on share price appreciation through TSR obscures more than it reveals.” Compensation consultant David Swinford, writing in the same forum,[6] notes that there is no evidence that using TSR in an incentive plan actually improves future shareholder returns. In 2015, proxy advisor Glass Lewis advised voting against Valeant’s executive compensation plan, noting excessive grants to the CEO and an excessive sign-on award to a new executive. Signs of excess in executive compensation were, in short, legion.

Financial analysts started[7] picking up on Valeant’s problematic financial reporting last year, in particular questioning whether Valeant had double-booked revenue through an affiliated company, Philidor. Philidor was a company that, until questions were raised on the possibility of double-booking, Valeant had an undisclosed option to purchase last fall. When the company did finally come clean about the double booking, the amount – $80 million—was almost a footnote; many investors considered1 Valeant’s lack of transparency over its relationship with Philidor part of a broader governance picture of opacity and secrecy.

Adding up all those pieces paints a picture of a company whose business model is both unsustainable and high on alienation value, complete with an overcompensated executive suite, questionable accounting and opacity.

From a governance standpoint, that’s a perfect storm.

Not everyone agrees. Well known hedge funds and mutual funds continue to hold the stock and even added to their positions when the turmoil began. In some cases, the stock held by these institutions as a percent of their total assets was staggering – enough so, that Valeant alone negatively impacted the overall returns of these funds to a significant degree. Which illustrates another investing lesson: a diversified portfolio may help protect value and alleviate the roller coaster ride that often comes with extreme overconcentration.+

Our own decision to remove Valeant has proved advantageous. Since our decision to sell last October, simply not owning that company has added 26 basis points[8] to the performance of one of our funds, and while that may not sound like much, it is, for a single name over a five-month period.*

+Diversification does not eliminate the risk of experiencing investment losses.

*For a five-month period, beginning on the sell date of 10/19/2015, not holding Valeant had a positive total effect of 26 bps for the Pax High Yield Bond Fund relative to the Fund’s benchmark. The position had been removed from the portfolio due to ESG reasons.

A 1.00% CDSC (contingent deferred sales charge) may be charged on any shares sold within 18 months of purchase over $1million. POP (public offering price) reflects the maximum sales load for the Fund’s Class A Shares of 4.50%.

The High Yield Bond Fund can invest in “junk bonds” which are considered predominately speculative with respect to the issuer’s continuing ability to make principal and interest payments when due. Yield and share price will vary with changes in interest rates and market conditions. Investors should note that if interest rates rise significantly from current levels, bond fund total returns will decline and may even turn negative in the short term. There is also a chance that some of the fund’s holdings may have their credit rating downgraded or may default.

ALPS Distributors, Inc. is not affiliated with Glass Lewis, Bloomberg, The New Yorker, or Financial Times.

[8] A basis point is a unit of measure used in finance to describe the percentage change in the value or rate of a financial instrument.