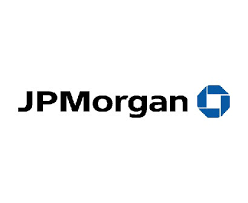 JPMorgan Chase & Co. (NYSE:JPM, $JPM)  is a financial holding company. The Company is engaged in investment banking, financial services for consumers and small businesses, commercial banking, financial transaction processing and asset management. The annual meeting is coming up on May 17, 2016. ProxyDemocracy.org had collected the votes of one fund family when I checked. Vote AGAINST pay, compensation committee; FOR all shareholder proposals. I voted with the Board’s recommendations 53% of the time. View Proxy Statement.

JPMorgan’s Summary Compensation Table (back one page) shows the highest paid named executive officer (NEO) was CEO/Chair James Dimon at $27M. I’m using Yahoo! Finance to determine market cap ($224B) and Wikipedia’s rule of thumb regarding classification. JPMorgan is a large-cap company. According to the Equilar Top 25 Executive Compensation Survey 2015, the median CEO compensation at large-cap corporations was $10.3M in 2014, so pay was considerably higher than that amount. JPMorgan’s shares outperformed the S&P 500 over the most recent two year time period but underperformed over the most recent one, five and ten year periods.

The MSCI GMIAnalyst report I reviewed gave JPMorgan an overall grade of ‘D.’ According to the report:

Our qualitative review of this Company’s compensation has identified one minor issue: the CEO’s salary at $1,500,000  exceeds the $1 million dollar deducibility limit imposed by section 162m for salaries and non-qualified incentive payments. Failure to abide by IRS 162m rules results in loss of deductibility for the compensation in question and possibly increased and unnecessary tax payments. While this issue is not sufficient to trigger a negative vote alone, it does impact the Company’s overall compensation score, we would recommend the board investigate and consider alternative means of compensation for the CEO and any other 162m covered NEOs who exceed this limit in the future…

Given the issues above, especially pay over median and underperformance, I voted AGAINST the pay package, and the compensation committee: Lee R. Raymond (Chairman), Stephen B. Burke and William C. Weldon.

As mentioned above, I voted against the pay package and the compensation committee. I’m also concerned that seven directors have served for ten years or longer. That’s too many.

#4 Require Independent Board Chairman. I voted FOR this proposal by William Steiner. No CEO should be their own boss. Steiner’s proposals provides several reasons and there are many more.

#5 Reduce Supermajority Vote Requirement. I voted FOR this proposal by Newground Social Investment. Abstentions should never be counted as votes in favor. This is common sense. JPMorgan shouldn’t have their thumb on the scale.

#6 Limit/Prohibit Accelerated Vesting of Awards. I voted FOR this proposal by the AFL-CIO Reserve Fund to prohibit vesting of equity-based awards for senior executives due to a voluntary resignation to enter government service. Our executives should earn their pay through service to JPMorgan not through a Government Service Golden Parachute.

#7 Develop Plan to Divest Non-core Banking Segments. I voted FOR the proposal by Bartlett Naylor. Let’s get a report on what the parts are worth and assess whether or not JPMorgan is too big to manage. I’m willing to bet the parts and worth substantially more than the whole.

#8 Clawback Amendment. I voted FOR this proposal by Kenneth Steiner seeking a clawback policy to provide that a substantial portion of annual total compensation of Executive Officers be deferred for rolling ten year period and and be possibly forfeited in whole or part, at the discretion of Board, to help satisfy any monetary penalty associated with legal violation of law and that any forfeiture and relevant circumstances be reported to shareholders. I think this is a creative way to help incentivize better legal compliance, reducing the likelihood JPMorgan will continue to pay billions of dollars of fines in the future. Banks don’t violate the law; people do.

#9 Executive Compensation Philosophy with Social Factors. I vote FOR this proposal by Jing Zhao to have the board tie at least s

ome portion of executive compensation to social factors of the board’s own choosing. That’s a lot of flexibility.

JPMorgan: CorpGov Recommendations Below – Votes Against Board Position in Bold

In addition to the votes reported on ProxyDemocracy.org, Proxy Insight reported on Texas Teachers (TRS), which voted per the board’s recommendations, except they voted FOR #4 to shift to an independent chairman. Egan-Jones Proxy Services voted with the board except FOR #4 and For #5 to not count abstentions as AGAINST on shareholder proposals.

Under SEC rules, proposals that shareholders seek to have included in the proxy statement for our next annual meeting of shareholders (other than nominees for director) must be received by the Secretary of JPMorgan Chase not later than December 8, 2016.