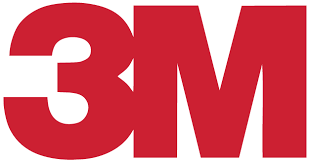 3M Co (NYSE:MMM, $MMM) operates as a diversified technology company worldwide. It is one of the stocks in my portfolio and I have a proposal on ‘special meetings’ up for a vote. The annual meeting is coming up on May 10, 2016. ProxyDemocracy.org had collected the votes of two fund families when I checked. Vote AGAINST pay, compensation committee, sock plan. FOR proposal to lower the threshold to call a special meeting and to remove share buybacks from the calculations determining CEO pay. I voted with the Board’s recommendations 53% of the time. View Proxy Statement.

MMM’s Summary Compensation Table shows the highest paid named executive officer (NEO) was CEO/Chair Inge G. Thulin at $19.4M. I’m using Yahoo! Finance to determine market cap ($133B) and Wikipedia’s rule of thumb regarding classification. Gilead Sciences, Inc is a large-cap company. According to the Equilar Top 25 Executive Compensation Survey 2015, the median CEO compensation at large-cap corporations was $10.3M in 2014, so pay was considerably higher than that amount. MMM’s shares outperformed the S&P 500 over the most recent one, two, five and ten year time periods.

The MSCI GMIAnalyst report I reviewed gave MMM an overall grade of ‘C.’ According to the report:

Our qualitative review of this Company’s compensation has identified one minor issue: the CEO’s salary at $1,448,153  exceeds the $1 million dollar deducibility limit imposed by section 162m for salaries and non-qualified incentive payments. Failure to abide by IRS 162m rules results in loss of deductibility for the compensation in question and possibly increased and unnecessary tax payments. While this issue is not sufficient to trigger a negative vote alone, it does impact the Company’s overall compensation score, we would recommend the board investigate and consider alternative means of compensation for the CEO and any other 162m covered NEOs who exceed this limit in the future…

Egan-Jones does not include granted but unexercised shares in its dilution calculation since these options are already held by grantees and often can be exercised at any time including prior to the publication of this report.

Taking into account the maximum amount of effective dilution this proposal could cause, as well as both the quantitative and qualitative measures outlined above, we believe that shareholders should support the passage of this plan as proposed by the board of directors. Furthermore, we believe that the Company’s compensation policies and procedures are centered on a competitive pay-for-performance culture, strongly aligned with the long-term interest of its shareholders and necessary to attract and retain experienced, highly qualified executives critical to the Company’s long-term success and the enhancement of shareholder value. Therefore, we recommend a vote “FOR” this Proposal.

If you do count the unexercised shares, MMM shares would be diluted over 10%.

As mentioned above, I voted against the pay package, incentive plan and the compensation committee. I’m also concerned that Patricia Woertz owns no shares in MMM. She’s been on the board for less than a year. I’m not sure that is much of an excuse… but will vote against her next year if she still owns no shares.

Of course, I voted in favor of my proposal #5 to allow shareholders with 15% of the common stock in MMM to call a special meeting. That right is currently set at 25%, which many shareholders believe is excessive. At MMM, that’s over $25B in shares. Mainstream funds, such as SSgA and Vanguard, which together own over 14%, have never called for a special meeting as far as I know. Norges Bank and US Bancorp have the most shares among funds that are more likely to call for such a meeting — 2% of all shares, so getting to 15% would still require significant effort by shareholders and would be likely only under severe circumstances. Vote FOR.

Proposal #6 requests that when determining vesting of senior compensation, the impact of share repurchases be deducted. I think this is a great idea and would go far in helping MMM management decide the value of such repurchases without a conflict of interest. As Domini points out in their supporting statement:

Our Company spent $5.7 billion on share buybacks in 2014, but only $1.8 billion on research and development, and $1.5 billion on capital expenditures. Our Company’s Chairman, CEO and President, Inge Thulin received $20.1 million in total compensation in 2014, including $4.7 million in performance shares. The performance goal for these awards includes earnings per share growth, a financial ratio that can be inflated by stock buybacks.

MMM: CorpGov Recommendations Below – Votes Against Board Position in Bold

In addition to the votes reported on ProxyDemocracy.org, Proxy Insight reported on Texas Teachers (TRS) and Australia’s Local Government Super, which I have included below.

In order for a stockholder proposal to be considered for inclusion in 3M’s Proxy Statement for next year’s Annual Meeting, our Corporate Secretary must receive the proposal by November 23, 2016. Such proposals must be sent via registered, certified, or express mail (or other means that allows the stockholder to determine when the proposal was received by the Company) to: Gregg M. Larson, Vice President, Deputy General Counsel and Secretary, 3M Company, 3M Center, Building 220-14W-06, St. Paul, MN 55144-1000. Such proposals must comply with the Securities and Exchange Commission’s regulations regarding the inclusion of stockholder proposals in Company sponsored proxy materials, such as the stockholder continuing to own a minimum number of shares until the Annual Meeting and appearing in person or through an authorized representative at the meeting to present the proposal.