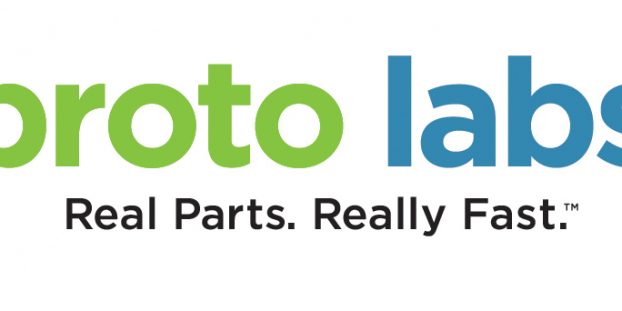 Proto Labs Inc (NYSE:PRLB, $PRLB) is an online manufacturer of custom parts for prototyping and short-run production. Their annual meeting is coming up on May 19, 2016. ProxyDemocracy.org had collected no votes when I checked. Vote AGAINST pay, stock plan, compensation committee members (Black, Gawlick, & Smith); Vote FOR my proxy access proposal. I voted with the Board’s recommendations 45% of the time. View Proxy Statement via iiWisdom.

Proto Labs’ Summary Compensation Table (no links; page 25) shows the highest paid named executive officer (NEO) was CEO Victoria M. Holt at $1.9M. I’m using Yahoo! Finance to determine market cap ($1.6B) and Wikipedia’s rule of thumb regarding classification. JPMorgan is a small-cap company. According to the Equilar Top 25 Executive Compensation Survey 2015, the median CEO compensation at small-cap corporations was $2.7M in 2014, so pay was under median. Proto Labs‘ shares outperformed the S&P 500 over the most recent five year time period but underperformed over the most recent one and two year periods.

The MSCI GMIAnalyst report I reviewed gave Proto Lab an overall grade of ‘B.’ According to the report:

Egan-Jones Proxy Services takes various measures to arrive at a proprietary rating compensation score, which measures Proto Lab’s wealth creation in comparison to other widely held issuers. “Some Concerns” is the rating given. On the actual compensation advisory vote, Egan-Jones concludes:

We recommend that clients “WITHHOLD” votes from the members of the Compensation Committee, namely Independent outside directors Archie C. Black, Rainer Gawlick and Brian K. Smith. Egan-Jones believes that the Compensation Committee should be held accountable for such a poor rating and should ensure that the Company’s compensation policies and procedures are centered on a competitive pay-for-performance culture, strongly aligned with the long-term interest of its shareholders and necessary to attract and retain experienced, highly qualified executives critical to the Company’s long-term success and the enhancement of shareholder value.

Given the issues above, despite pay below median, I voted AGAINST the pay package, and the compensation committee.

As mentioned above, I voted against the pay package and the compensation committee.

Egan-Jones Proxy Services did a lengthly analysis of the Omnibus Stock Plan and concluded:

After taking into account the maximum amount of shareholder equity dilution this proposal could cause [21.6%], as well as both the quantitative and qualitative measures outlined above, we believe that shareholders should not support the passage of this plan as proposed by the board of directors. We recommend the board seek to align CEO pay more closely with the performance of the company and work to reduce the cost of any similar plan that may be proposed in the future. Therefore, we recommend a vote “AGAINST” this Proposal.

I concurred and voted AGAINST.

#5 Proxy Access. There is only one shareholder proposal on the proxy. It actually appears to be the first shareholder proposal Proto Labs has had on their proxy. The proposal is mine, so you can be sure I voted FOR. Key provisions include allowing an unrestricted group of shareholder owning 3% of common stock over at least 3 years to place nominees totaling up to one quarter of the directors then serving or two, whichever is greater. Proxy access is the most important shareholder right that has to be won through a proxy vote. I’ve been working on this issue since before filing a petition with the SEC in the summer of 2002, which the Council of Institutional Investors said reinvigorated the debate. If you vote only one item on the proxy, let it be FOR #5, proxy access.

Proto Labs: CorpGov Recommendations Below – Votes Against Board Position in Bold

In addition to the votes reported on ProxyDemocracy.org (in this case none), Proxy Insight reported the votes of Texas Teachers (TRS), Canada Pension Plan Investment Board (CPPIB), and Colorado PERA. Colorado PERA voted FOR all items on the proxy, including proxy access. TRS and CPPIP voted FOR all items, except they voted AGAINST the Omnibus Stock Plan. I ended up voting as recommended by Egan-Jones Proxy Services.

Proposals of our shareholders that are intended to be presented by such shareholders at our fiscal 2016 Annual Meeting of Shareholders to be held in calendar 2017 and that shareholders desire to have included in our proxy materials related to such Annual Meeting must be received by us at our principal executive offices no later than 5:00 p.m. Central Time, December 9, 2016, which is 120 calendar days prior to the anniversary of this year’s mailing date.