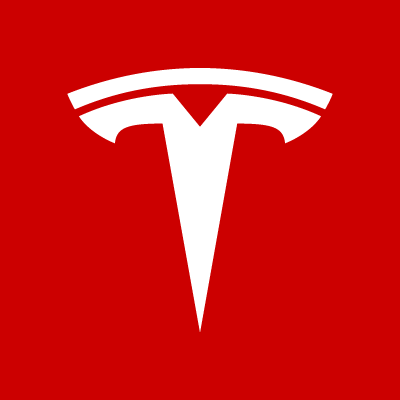 Tesla Motors Inc $TSLA, designs, develops, manufactures and sells electric vehicles and energy storage products. Their annual meeting is coming up on May 31, 2016. ProxyDemocracy.org had collected the votes of two fund families when I checked. Vote AGAINST compensation committee; FOR Reduce Supermajority. I voted with the Board’s recommendations 71% of the time. View Proxy Statement via iiWisdom.

Tesla Motors Inc’s Summary Compensation Table shows the highest paid named executive officer (NEO) was CFO Jason Wheeler, at $21M. I’m using Yahoo! Finance to determine market cap ($29B) and Wikipedia’s rule of thumb regarding classification. Tesla Motors Inc is a large-cap company. According to the Equilar Top 25 Executive Compensation Survey 2015, the median CEO compensation at large-cap corporations was $10.3M in 2014, so pay was considerably above that amount. Tesla Motors Inc’s shares underperformed the NASDAQ over the most recent one and two year periods but outperformed over the most recent five and ten year periods.

The MSCI GMIAnalyst report I reviewed gave Tesla Motors Inc an overall grade of ‘C.’ According to the report:

Similarly, Egan-Jones Proxy Services takes various measures to arrive at a proprietary rating compensation score, which measures  wealth creation in comparison to other widely held issuers. “Superior” is the rating given on compensation, while “some concerns” is the overall board rating.

There was no opportunity to vote on the pay plan. I assume Tesla Motors Inc has a three year cycle for such votes, instead of the normal one year cycle. However, I voted AGAINST compensation committee chairman Ira Ehrenpreis, due to the grant of a large award of time-vesting stock options to the new CFO, with no disclosure as to how the size of the award was determined or how it would be treated in various termination scenarios. I would have voted against other members of the compensation committee. However, Tesla Motors Inc has a classified board and the other members are not up for reelection this year.

As mentioned above, I voted AGAINST the compensation committee member. I share the views expressed by Egan-Jones Proxy Services:

If in the future, the Company continues to earn a board score of “Some Concerns”, we will recommend that clients “WITHHOLD” votes from Inside director Elon Musk, current Chairman of the Board and CEO of the Company. Egan-Jones believes that there is an inherent potential conflict, in having the CEO or former CEO serve as the Chairman of the Board. Consequently, we prefer that companies focus on the following areas to improve its corporate governance practices: separate the roles of the Chairman and CEO, hold annual director elections, have one class of voting stock only, have key board committees consisting of independent directors and majority of independent directors on board and include non-binding compensation vote on agenda to further ensure board independence and accountability.

Egan-Jones recommended voting ‘FOR’ both directors. I voted ‘FOR’ Mr. Buss.

#3 Reduce Supermajority Vote Requirement. There is only one shareholder proposal on the proxy. The proposal is mine, so you can be sure I voted FOR. Shareowners are willing to pay a premium for shares of corporations that have excellent corporate governance. Supermajority voting requirements, the target of this proposal, have been found to be one of 6 entrenching mechanisms that are negatively related to company performance according to “What Matters in Corporate Governance” by Lucien Bebchuk, Alma Cohen and Allen Ferrell of the Harvard Law School. Supermajority requirements are used to block initiatives supported by most shareowners but opposed by a status quo management.

Tesla Motors Inc: CorpGov Recommendations Below – Votes Against Board Position in Bold

In addition to ProxyDemocracy.org, Proxy Insight reported the votes of CalSTRS (which voted like Trillium below), as well as Canada Pension Plan Investment Board (CPPIB) and Colorado PERA (COPERA), which voted like Calvert below.

Stockholders may present proper proposals for inclusion in Tesla’s proxy statement and for consideration at the next annual meeting of stockholders by submitting their proposals in writing to Tesla’s Corporate Secretary in a timely manner. In order to be included in the proxy statement for the 2017 annual meeting of stockholders, stockholder proposals must be received by Tesla’s Corporate Secretary no later than December 16, 2016, and must otherwise comply with the requirements of Rule 14a-8 of the Securities Exchange Act of 1934, as amended (the “Exchange Act”).