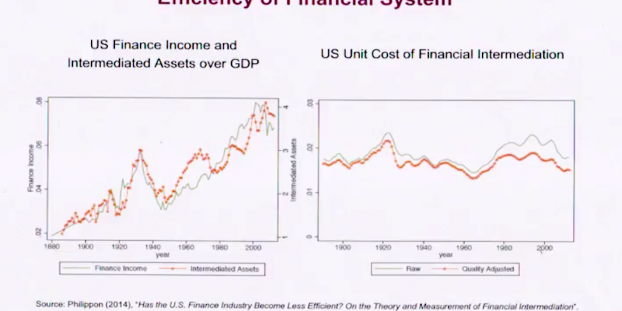 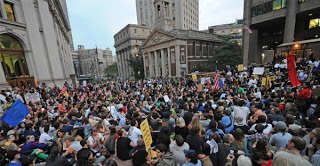 Uprising Against Wall Street – it has certainly been a clarion call of Bernie Sanders’ Presidential campaign but, as Stephen Davis points out in the video below, Hillary Clinton, Ted Cruz and Donald Trump have also attacked Wall Street. Public opinion is clear, so politicians aren’t likely to be strong defenders (at least not in public) of a system that doesn’t appear to be working in the public interest.

Watch Stephen Davis and David Pitt-Watson discuss their new book (co-authored with Jon Lukomnik), What They Do With Your Money: How the Financial System Fails Us and How to Fix It

Each year we pay billions in fees to the financial services industry, yet they certainly failed us in 2007-2008, leading to the Great Recession. And it was very troublesome to see e-mails that disclosed employees calling their customers chumps for taking their advice by investing in risky financial instruments they wouldn’t touch with a ten foot pole.

Financial services are failing us and the planet. Yet, we seem to have no choice. Even whole countries such as Greece are at the mercy of the big impersonal banks and funds of Wall Street and the City of London. The financial system is essential to our economy and our personal lives. Without it, we can’t don’t have a safe place to store our money, a convenient vehicle to pay our bills or a system of shared risk that, despite the Great Recession, is still better than going it alone. 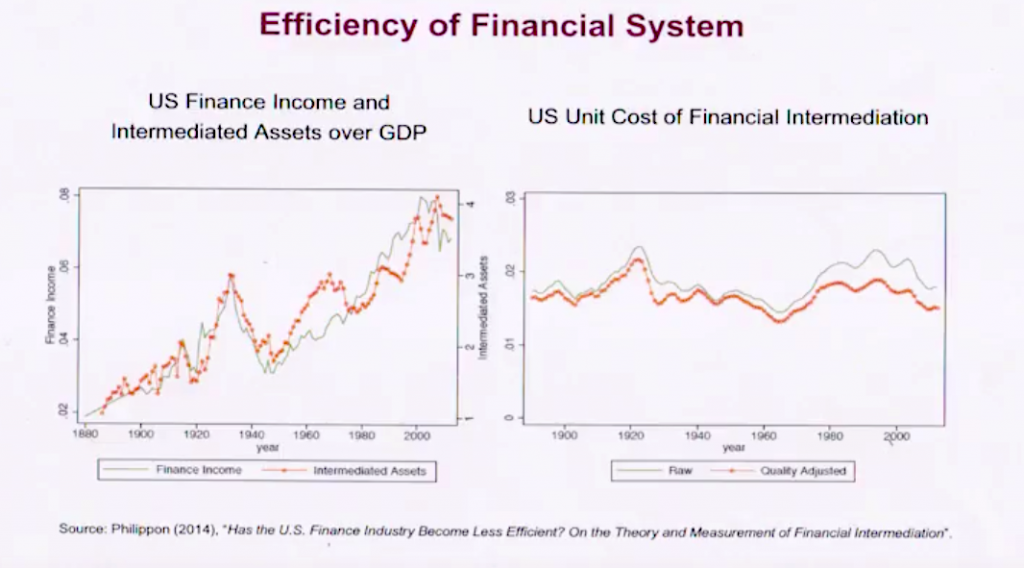 Uprising Against Wall Street – the cost of financial intermediation

Most important, Wall Street provides the role of intermediation between lenders and borrowers, moving money to where it is needed to grow the economy.

You would think with electronic fund transfers and the advent of the Internet, the costs of intermediation as a percentage of capital invested would have dropped dramatically since they days of financing the railroads. However, as David Pitt-Watson shows in the second video below, the cost of intermediation is roughly the same today as in 1890.

I just received a copy of What They Do With Your Money: How the Financial System Fails Us and How to Fix It

and am looking forward to a great read. While you’re waiting for your copy to arrive, check out talks by two of the three authors.

Stephen Davis joins the Institute of Politics at Saint Anselm College to present a talk based on a soon to be released book What They Do With Your Money: How the Financial System Fails Us and How to Fix It

, as part of the Ethics in Governance: Stewardship and Investor Education Forum.

What they do with your money: Does the finance industry do its job well?

David Pitt‑Watson is recognized as one of the leading thinkers and practitioners in Europe, in the field of corporate governance and responsible investment. He is Chair of Hermes Focus Funds, and a former board member of Hermes Fund Managers. As co‑founder, and former CEO of the Focus Funds and Equity Ownership Service, he built and led the largest responsible investment group of any institutional fund manager in the world. He lives in London, England.

David Pitt-Watson, of the London Business School, discusses What They Do With Your Money: How the Financial System Fails Us and How to Fix It

with students at Oxford. I found it interesting to contrast the speaking styles and points raised by Davis and Pitt-Watson. Now I feel the need to find Lukomnik giving a talk on the book to see even more clearly the strengths each author brings to the book. They are quite the team. I loved their The New Capitalists: How Citizen Investors Are Reshaping the Corporate Agenda. They not only raise important issues; they provide feasible answers.

Better late than never. Below are all the authors together.