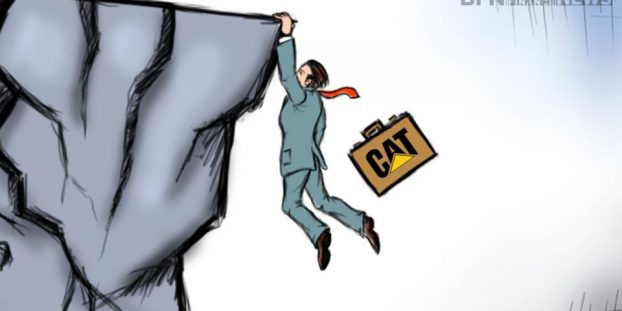 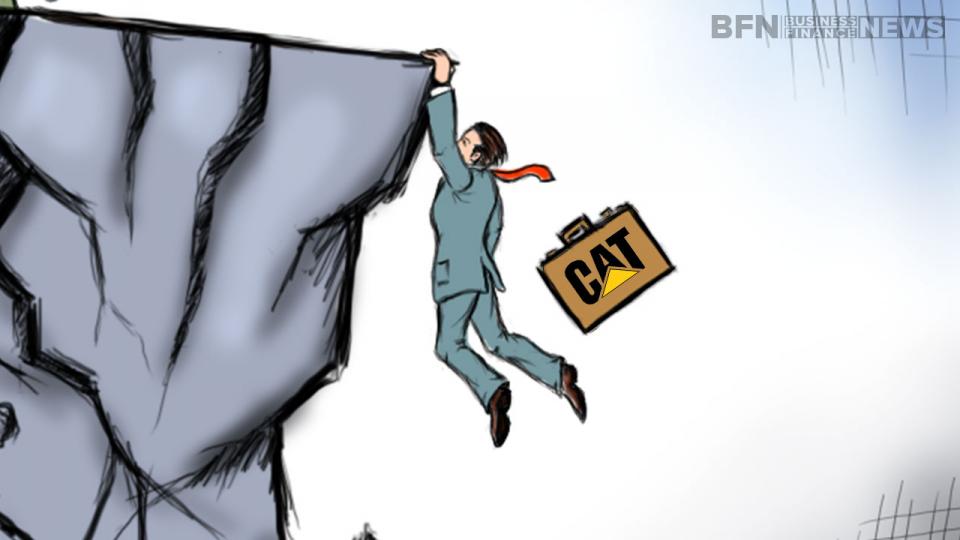 Caterpillar Inc $CAT is a manufacturer of construction and mining equipment, diesel and natural gas engines, industrial gas turbines and diesel-electric locomotives. Their annual meeting is coming up on June 8, 2016.

ProxyDemocracy.org had collected the votes of two fund families when I checked. Vote AGAINST pay, committee, auditor; FOR all shareholder proposals – lobbying report, written consent, independent chairman. I voted with the Board’s recommendations 71% of the time. View Proxy Statement via iiWisdom.

Caterpillar Inc’s Summary Compensation Table shows the highest paid named executive officer (NEO) was CEO and Chair Douglas R. Overhelman at $15.8M. I’m using Yahoo! Finance to determine market cap ($42B) and am roughly defining large-cap as $10B, mid-cap as $2-10B, small-cap as less than $2B. Caterpillar Inc is a large-cap company. According to the Equilar Top 25 Executive Compensation Survey 2015, the median CEO compensation at large-cap corporations was $10.3M in 2014, so pay was considerably over that amount. Caterpillar Inc’s shares underperformed the S&P 500 over the most recent one, two, five and ten year periods. I’m beginning to think it is hopeless.

The MSCI GMIAnalyst report I reviewed gave Caterpillar Inc an overall grade of ‘F.’ According to the report:

Taking into account the issues above, especially underperformance, I voted ‘AGAINST’ the pay package. I also followed my normal practice and EJ’s advice

We recommend that clients “WITHHOLD” votes from the members of the Compensation Committee, namely Independent outside directors David L. Calhoun, Jesse J. Greene, Jr., Debra L. Reed, and Miles D. White. Egan-Jones believes that the Compensation Committee should be held accountable for such a poor rating and should ensure that the Company’s compensation policies and procedures are centered on a competitive pay-for-performance culture, strongly aligned with the long-term interest of its shareholders and necessary to attract and retain experienced, highly qualified executives critical to the Company’s long-term success and the enhancement of shareholder value.

More than 25% of total audit fees were attributable to non-audit work. — so I voted ‘AGAINST’ because of a possible conflict of interest.

#4 Report on Lobbying Payments and Policy, submitted by the Firefighters’ Pension System of the City of Kansas City, Missouri, Trust. Of course I voted ‘FOR.’ Justice Kennedy appears to have thought all this information was already reported to shareholders on a routine basis when he wrote the Citizens United decision.

It is not. Here is our opportunity to get that right at Caterpillar. Vote #4 ‘FOR.’

#5 Provide Right to Act by Written Consent, submitted by me on behalf of my wife, Myra K. Young, so you can be I am voting ‘FOR.’  Allowing written is associated with higher share values. See classic study by Gompers, Paul A. and Ishii, Joy L. and Metrick, Andrew, Corporate Governance and Equity Prices. Vote #5 FOR.

#6 Require Independent Board Chairman, submitted by John Chevedden. Everyone needs a boss, especially the CEO of a company that has underperformed the S&P 500 so consistently. The opposition argues the board has a ‘Presiding Director.’ Was Frank Sinatra known as the presiding director. Hell no! He was the Chairman of the Board… a title that really means something. Vote #6 ‘FOR.’

Caterpillar Inc: CorpGov Recommendations Below – Votes Against Board Position in Bold

In addition to votes gathered by ProxyDemocracy.org, Proxy Insight had reported votes of Canada Pension Plan Investment Board (CPPIB), which voted all items on the proxy “FOR.”

A proposal for action or the nomination of a director to be presented by any stockholder at the 2017 annual meeting of stockholders will be acted on only: If the proposal is to be included in our proxy statement pursuant to Rule 14a-8 under the Securities Exchange Act of 1934, the proposal is received at the office of the Corporate Secretary on or before January 3, 2017…

In each case, your proposal or nomination must be delivered in the manner and accompanied by the information required in our bylaws. You may request a copy of the bylaws by writing to Caterpillar Inc. c/o Corporate Secretary at 100 NE Adams Street, Peoria, Illinois 61629. They are also available on our website.