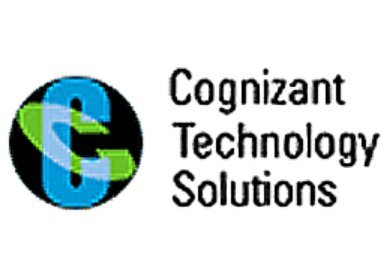 ProxyDemocracy.org had collected the votes of three fund families when I checked. Vote AGAINST pay, committee; FOR proposal to allow written consent. I voted with the Board’s recommendations 57% of the time. View Proxy Statement via iiWisdom.

Cognizant Technology’s Summary Compensation Table shows the highest paid named executive officer (NEO) was CEO Francisco D’Souza at $12.0M. I’m using Yahoo! Finance to determine market cap ($37.0B) and I am roughly defining large-cap as $10B, mid-cap as $2-10B, and small-cap as less than $2B. Cognizant Technology is a large-cap company. According to the Equilar Top 25 Executive Compensation Survey 2015, the median CEO compensation at large-cap corporations was $10.3M in 2014, so pay was over that amount. Cognizant Technology’s shares outperformed the NASDAQ over the most recent two and ten year time periods, but underperformed during the most recent one and five year periods.

The MSCI GMIAnalyst report I reviewed gave Cognizant Technology an overall grade of ‘B.’ According to the report:

Taking all of the above into accounted, I voted ‘AGAINST’ the pay package and, as is my custom, I voted against members of the compensation committee: John N. Fox, Jr., John E. Klein, Michael Patsalos-Fox, Robert E. Weissman.

#4 Provide Right to Act by Written Consent, submitted by me, so you can be I am voting ‘FOR.’  Allowing written is associated with higher share values. See classic study by Gompers, Paul A. and Ishii, Joy L. and Metrick, Andrew, Corporate Governance and Equity Prices. Vote #4 FOR.

From the Egan-Jones Proxy Services report:

Thus potentially 50% of Cognizant shareholders could be disenfranchised from having any voice whatsoever in calling a special meeting due to the Cognizant one-year lock-out period. The average holding period for stock is less than one-year according to “Stock Market Investors Have Become Absurdly Impatient.” …

We have determined that it is a positive corporate governance measure to allow the stockholders to have the ability to take action by written consent, if such written consent or consents sets forth the action to be taken and is signed by the holders of outstanding stock having not less than the minimum number of votes that would be necessary to authorize or take such action at a meeting at which all shares entitled to vote on the matter were present and voted. As such, we recommend a vote “FOR” this Proposal.

Cognizant Technology: CorpGov Recommendations Below – Votes Against Board Position in Bold

In addition to votes gathered by ProxyDemocracy.org, Proxy Insight had reported votes of Canada Pension Plan Investment Board (CPPIB), Colorado PERA (PERA), and Teacher Retirement System of Texas (TRS), which voted all items on the proxy “FOR.”

Any stockholder proposals submitted in accordance with Rule 14a-8 must be received at our principal executive offices no later than the close of business on December 30, 2016. Proposals should be addressed to our Secretary at our offices at Glenpointe Centre West, 500 Frank W. Burr Blvd., Teaneck, New Jersey 07666.

Marrone Bio Settles Class Action: Next?
Authoritarian Capitalism in the Age of Globalization