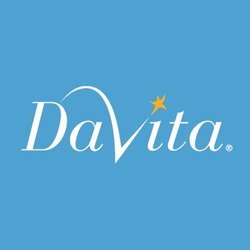 DaVita HealthCare Partners Inc (NYSE:DVA), one of the companies in my portfolio, provides kidney dialysis services for patients suffering from chronic kidney failure or end stage renal disease. Their annual meeting is coming up on June 20, 2016. I have a proposal on the proxy to allow shareholders to act by written consent.

ProxyDemocracy.org had collected the votes of three fund families when I checked. Vote AGAINST pay, committee, and proxy access ‘lite’; FOR the right to act by written consent. I voted with the Board’s recommendations 53% of the time. View Proxy Statement via iiWisdom.

DaVita HealthCare’s Summary Compensation Table shows the highest paid named executive officer (NEO) was CEO/Chairman Kent J. Thiry at $11.0M. I’m using Yahoo! Finance to determine market cap ($15.6B) and I am roughly defining large-cap as $10B, mid-cap as $2-10B, and small-cap as less than $2B. DaVita HealthCare is a large-cap company. According to the Equilar Top 25 Executive Compensation Survey 2015, the median CEO compensation at large-cap corporations was $10.3M in 2014, so pay was slightly over that amount and DaVita HealthCare is at the low end of large-caps. DaVita’s shares outperformed the S&P 500 over the most recent two, five and ten year time periods, but underperformed during the most recent one year period.

The MSCI GMIAnalyst report I reviewed gave DaVita HealthCare an overall grade of ‘C.’ According to the report:

Taking into account the issues above, I voted ‘AGAINST’ the pay package. I also followed my normal practice and EJ’s advice

We recommend that clients “WITHHOLD” votes from the members of the Compensation Committee, namely Independent outside director Pamela M. Arway, Paul J. Diaz, Peter T. Grauer, and Roger J. Valine. Egan-Jones believes that the Compensation Committee should be held accountable for such a poor rating and should ensure that the Company’s compensation policies and procedures are centered on a competitive pay-for-performance culture, strongly aligned with the long-term interest of its shareholders and necessary to attract and retain experienced, highly qualified executives critical to the Company’s long-term success and the enhancement of shareholder value.

#4 Provide Proxy Access Right – At a quick glance I see DaVita HealthCare’s proposed proxy access provisions are ‘lite.’ Shareholders would only be able to nominate up to 20%, not 25% of the board and, more importantly, groups are limited to 20 members. CII reports that number is too low for their members to be effective. It does enhance shareholder rights but I’m torn because after it passes it will be harder to get shareholders to vote for a more robust form of proxy access. Egan-Jones and probably everyone else recommends ‘FOR,’ I’m voting ‘AGAINST.’

I agree. Employees with a stake in the company can really add value. Vote ‘FOR.”

#6 Provide Right to Act by Written Consent, submitted by me, so you can be I am voting ‘FOR.’  Allowing written is associated with higher share values. See classic study by Gompers, Paul A. and Ishii, Joy L. and Metrick, Andrew, Corporate Governance and Equity Prices. Vote #6 FOR. From Egan-Jones:

We have determined that it is a positive corporate governance measure to allow the stockholders to have the ability to take action by written consent, if such written consent or consents sets forth the action to be taken and is signed by the holders of outstanding stock having not less than the minimum number of votes that would be necessary to authorize or take such action at a meeting at which all shares entitled to vote on the matter were present and voted. As such, we recommend a vote “FOR” this Proposal.

DaVita HealthCare: CorpGov Recommendations Below – Votes Against Board Position in Bold

In addition to votes gathered by ProxyDemocracy.org, Proxy Insight had reported votes of Teacher Retirement System of Texas (TRS), which voted all items on the proxy “FOR,” except voting against my proposal #6. Using the links at our Shareowner Action Handbook, I see that CalSTRS voted ‘FOR’ all items, including written consent.

If you wish to present a proposal for action at the 2017 annual meeting of stockholders and wish to have it included in the proxy statement and form of proxy that management will prepare, you must notify us no later than January 11, 2017 in the form required under the rules and regulations promulgated by the SEC. Otherwise, your proposal will not be included in management’s proxy materials.