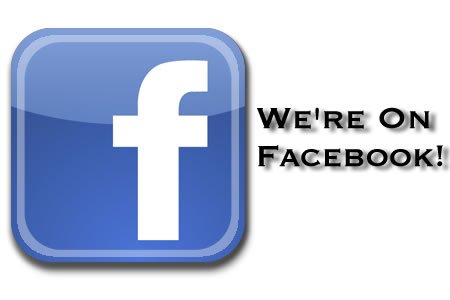 Facebook Inc (NASD:FB), one of the companies in my portfolio, builds products that enable people to connect and share through mobile devices and personal computers. Their annual meeting is coming up on June 20, 2016.

ProxyDemocracy.org had collected the votes of three fund families when I checked. Vote AGAINST pay, pay committee, board; FOR all shareholder proposals. I voted with the Board’s recommendations 13% of the time. View Proxy Statement via iiWisdom.

From Yahoo! Finance: Facebook, Inc’s ISS Governance QuickScore as of Jun 1, 2016 is 10. The pillar scores are Audit: 2; Board: 9; Shareholder Rights: 10; Compensation: 10. Brought to us by Institutional Shareholder Services (ISS). Scores range from “1” (low governance risk) to “10” (higher governance risk). Each of the pillar scores for Audit, Board, Shareholder Rights and Compensation, are based on specific company disclosures. That gives us a quick idea of where to focus: all but Audit.

Facebook Inc’s Summary Compensation Table (p. 28) shows the highest paid named executive officer (NEO) was COO Sheryl K. Sandberg $15.5M. I’m using Yahoo! Finance to determine market cap ($334B) and I am roughly defining large-cap as $10B, mid-cap as $2-10B, and small-cap as less than $2B. Facebook Inc is a large-cap company. According to the Equilar Top 25 Executive Compensation Survey 2015, the median CEO compensation at large-cap corporations was $10.3M in 2014, so pay was over that amount. Facebook Inc’s shares outperformed the NASDAQ over the most recent one, two and five year time periods.

The MSCI GMIAnalyst report I reviewed gave Cognizant Technology an overall grade of ‘D.’ According to the report:

Taking the above factors into account, especially level of pay and the increasing wealth divide, I voted “AGAINST” the pay package and “WITHHOLD” for compensation committee members Reed Hastings (Chair), Marc L. Andreessen, and Peter A. Thiel.

Egan-Jones recommended in favor of all directors. As indicated above, I voted “AGAINST” the pay package and “WITHHOLD” for compensation committee members. I voted against the other directors for perpetuating a capital structure that entrenches the controlling shareholder without affording Class A shareholders a meaningful vote on the new class of stock.

Egan-Jones recommended in favor of all board proposals, except 7B, increasing the number of Class A shares. I voted ‘AGAINST’ most board proposals, since they would simply entrench and enrich an authoritarian governance structure. I voted ‘FOR’ 7C, since it would provide for equal treatment of share classes in certain circumstances. I voted ‘FOR’ 7D, since it would provide for the elimination of the company’s controlled status under certain circumstances.

4 – Ratification of 2013 Grants to Non-Employee Directors.

6 – Approval of the Annual Compensation Program for Non-Employee Directors

7C – Approval of the Adoption of Amendments to the Current Certificate to Provide for the Equal Treatment of Shares of Class A common stock, Class B common stock, and Class C capital stock

7D – Approval of the Adoption of Amendments to the Current Certificate

Egan-Jones recommended against all the shareholder proposals except #9.  “We prefer that companies do not utilize dual class capital structures to provide equal voting rights to all shareholders. We recommend a vote “FOR” this Proposal.”

I voted ‘FOR’ all the proposals, which all appear to be reasonable requests. #9 is especially important in eliminating the different voting classes.

9 – Shareholder Proposal Regarding Change in Shareholder Voting. My wife and I co-filed this proposal with NorthStar Asset Management.

11 – Shareholder Proposal Regarding a Lobbying Report

Facebook Inc: CorpGov Recommendations Below – Votes Against Board Position in Bold

In addition to votes gathered by ProxyDemocracy.org, I found votes for Florida SBA and TRS from links in my Shareowner Action Handbook. These and others should be showing up soon on Proxy Insight.

You may present proposals for action at a future meeting or submit nominations for election of directors only if you comply with the requirements of the proxy rules established by the SEC and our amended and restated bylaws, as applicable. In order for a stockholder proposal or nomination for director to be considered for inclusion in our proxy statement and form of proxy relating to our annual meeting of stockholders to be held in 2017, the proposal or nomination must be received by us at our principal executive offices no later than February 3, 2017.