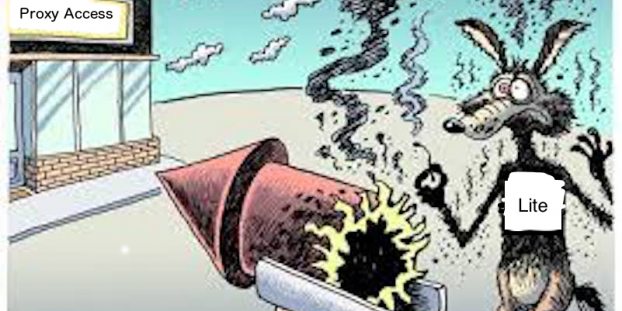 There will be no rush to binding proxy access proposals, thanks to a July 21 denial of a no-action request filed by H&R Block. Corporations (HRB) continue with Wile E. Coyote type plots to derail genuine proxy access. See this incoming no-action request from Microsoft (MFST). However, in the case of H&R Block we foiled the latest plot to keep corporate governance a democratic-free zone without resorting to binding proxy access proposals.

Although SEC staff essentially gutted the meaning of Rule 14a-8(i)(10) – the “substantially implemented” exclusion – through a series of no-action letters issued on February 12,  it now appears the primary damage was to delay meaningful proxy access proposals by at least a year… but not to deny the right of shareholders to continue to seek real proxy access through the precatory proposal process. 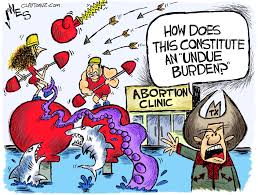 The proxy access offered at most companies is even more illusionary than was a woman’s right to an abortion in Texas before the Supreme Court’s decision in Whole Woman’s Health v. Hellerstedt. Thankfully, the Court held that Texas laws – such as requiring physicians who perform abortions to have admitting privileges at a nearby hospital and requiring clinics to have facilities comparable to surgical centers – place a substantial obstacle in the path of women seeking an abortion, constitute an undue burden on abortion access, and therefore violate the Constitution.

Similarly, the proxy access provisions of most companies, which include limiting groups of nominating shareholders to twenty, constitute such an undue burden as to render the right to proxy access meaningless.

Before the suspension and clarification of Rule 14a-8(i)(9) last year, Staff had begun allowing issuers to omit shareholder proposals from the proxy and to include their own, if their proposals were on the same subject. At least shareholders got to vote on the changes proposed by management. With that rule clarified, attorneys turned to subdivision (i)(10).

Since SLB 14H and the February 12th no-action letters, SEC Staff has essentially announced a new game in town. Boards are now advised that when their company receives a proxy access proposal, they can simply adopt bylaws on their own. You do not need approval from shareholders. If the board adopts proxy access that allows shareholders with 3% of common stock held for three years to nominate a director, you have met their “essential” purpose. Therefore, the shareholder proposal can be omitted. Any remnant of direct democracy is eliminated. Gaming the system has become even easier under (i)(10) than it was before SLB 14H under (i)(9).

Here’s how Broc Romanek described the state of affairs the day before the H&R Block denial:

This proxy season, a number of companies were successful in excluding proxy access shareholder proposals under Rule 14a-8(i)(10) – the “substantially implemented” exclusion – by adopting proxy access bylaws of their own. Proxy access proposals are typically considered substantially implemented if the ownership threshold and holding period match what is requested by the proposal, even though other aspects may differ (i.e. number of nominees, limits on number of shareholders in a group, etc.).

As noted in a blog by Steve Quinlivan, frequent proponent Jim McRitchie has suggested that companies that went this route should be prepared to receive binding proxy access proposals next year. In a lengthy post on his own blog, Jim said:

Entrenched boards and managers who think they have won by gaming the system with unworkable proxy access bylaws will find only temporary ‘relief’ from shareholder action by filing for an exemption under Staff’s newly defined definition of ‘substantial implementation.’ We will be back next year and every year after that if necessary. Binding bylaw resolutions are much more prescriptive than precatory proposals. Gaming the system is likely to come back to haunt you because your hands will be tied when those resolutions pass… and they will.

Whether these proposals will actually be successful is yet to be seen. Companies will fight much harder to keep out a binding bylaw proposal – and given the stakes, the Staff tends to be pickier when it comes to the language of binding proposals. If they do make it past the no-action process, it will be interesting to see whether these proposals can muster enough shareholder enthusiasm at companies that have already implemented proxy access on their own. Also see this blog by Davis Polk’s Ning Chiu…

With substantial implementation being redefined, it appeared SEC staff may have been prepared to allow exclude all future efforts by shareholders to use nonbinding resolutions to overturn the substantial obstacles placed in the path of shareholders seeking proxy access by way of Texas Style bylaws granting ‘rights’ in name only. If so, the only way forward would have been through binding proxy access proposals. 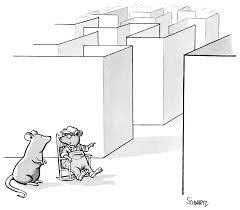 As I warned previously, binding proposals leave boards little discretion to tailor proxy access to company specific needs and frameworks. I would much prefer working with boards, rather than using that kind of hammer. With the H&R Block decision, ‘substantial implementation’ can now be seen as limited… allowing companies to stall long enough to put in bylaws that have the appearance of allowing proxy access, just like Texas had the appearance of allowing women the right to choose. Even with the July 21 denial, shareholder advocates will still need to go through a maze to make proxy access real. It may take years to explain to other shareholders why proxy access lite is unworkable and how we can move forward through the obstructions. Proxy access was first proposed in the early 1940s but World War II got in the way. It won’t take another 75 years to clear out or move around the remaining obstacles. I’m happy to help if you need directions. 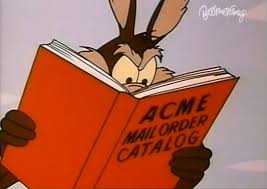 To borrow from Franklin Roosevelt, the only thing most companies have to fear from proxy access is fear itself. Shareholders need proxy access at most companies so that we can point to such provisions as ‘best practices’ that need to be adopted at a few companies where it actually is needed. Like majority voting standards, now embraced by most large companies, genuine proxy access will spread first to companies with good corporate governance, then to those with bad corporate governance. The votes required for passage will come within a few voting cycles.

Good companies should be embracing real proxy access and should be working to improve their own corporate governance so implementation will never be needed. That’s where the board’s efforts would be better served than hiring attorneys to look through the Acme catalog for the next weapon that will keep your company democracy-free.