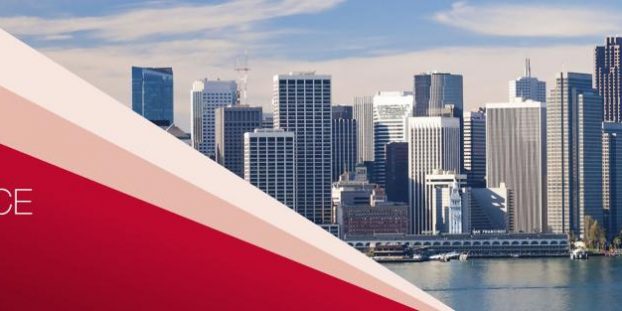 #ICGN16, the annual meeting of the International Corporate Governance Network, was held in San Francisco, June 27-29. #ICGN16 was the hashtag for tweeting at the meeting, so check Twitter for additional posts to #ICGN16. This post is a continuation of a few rough notes from the conference. Read Part 1, Part 2, and Part 3 of #ICGN16. 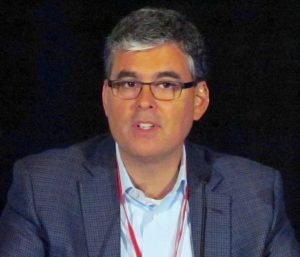 Last year, the Wall Street Journal reported that 14% of the companies that held initial public offerings in the first eight months of 2015 in the USA had dual-class share structures – this compares to just 1% in 2005. Such structures – popular in Silicon Valley – reduce shareholder accountability yet remain an attractive investment choice. Perhaps faith in visionary founder CEOs over-rules traditional governance principles but how does this affect the shareholder engagement dynamic? What are essential board competencies: technology development, multi-national experience, internet strategy and social media – that differentiate Valley companies from the rest?

The panel at #ICGN16 was in the context of letter to editor of WSJ from Koppes and Clappman, (Time to Rethink ‘One Share, One Vote’?).  Also note that eryone in the CalSTRS system has a college degree and most have a master’s + 72% are women. It must be a refreshing place to work, representing such a constituency. I imagine there’s a little less need to bring everyone onboard to recognize the value of ESG.

The panel was chaired by Abe Friedman, Managing Partner of Camberview. Panelists included: 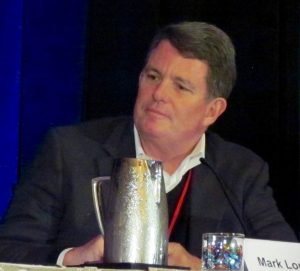 I’ve discussed this and related topics in earlier posts, so took only abbreviated notes during this panel. Here are a few of the many points made:

Companies like the dual-class structure because they don’t have as much near-term pressure from shareholders. With one class, companies must continually educate their shareholders about coming attractions, without giving something away to competitors. There is more pressure around returning capital, instead of reinvesting it and their is constant work around explaining how the company is investing capital wisely. Firms can’t explain all the details and that leaves shareholders frustrated. [Fru 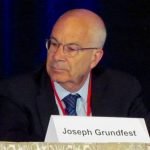 strating shareholders in dual-class companies is less problematic, since they have no power to oust directors.]

Dual-class structures can be an advantage or disadvantage, depending on the situation. The dual-class structure at Google was put in place to allow a long-term focus. This was before the more recent spate of activism.

It is hard to scale a company without going public. There is a need for currency to do acquisitions, and repay partnerships. Short-termism of investors isn’t the main factor. Five to seven year timeframe has doubled because of growth of private capital. Layers are phenomenal. Taking longer to scale. Once public, your turnover is yearly.

[My take is that many Silicon Valley companies are built around the Internet. You can scale up with only a small bit of capital and a small number of employees because you are using existing infrastructure, not building a factory or hiring thousands. Software and algorithms are doing the work, instead of thousands of people. IPOs are only ‘needed’ to allow founders and partners to cash out a portion of their investments. People will buy the stock because they don’t want to miss out on the next big thing. They think they can cash out before the dictator fails.]

Those favoring dual-class might experiment with more votes for longer-term holders. Tenured voting rewards patient capital. Governance structure must protect long-term. Dual-class can lead to more diverse, more independent board. You can have good accountability with dual-class board. What boards really worry about doesn’t’ change with dual-class. Fiduciary obligation is more important, for example when selling the company. Directors reluctant to go on boards with dual class shares because advisory.

[These arguments fly in the face of much that I’ve heard at director’s meetings in Silicon Valley. In those meetings, several directors boasted that they won’t serve on a board that has to deal with real shareholders (instead of class b or c shareholders).  Their logic is that shareholders don’t really know anything about the business, especially setting pay, so having shareholders ‘interfere’ is nothing but a distraction. But are directors in controlled companies anything more than lap dogs?] 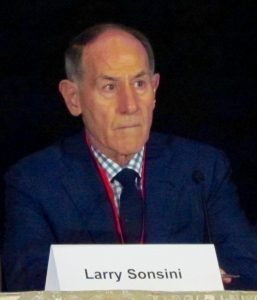 ublic companies are down by half. Attractiveness of being public has declined. Stay private for as long as they can. Grow their companies and avoid dealing with IPO and shareholders. Increasing number saying it is not worth going public. Facebook and class C shares. Can’t pass control onto heirs. It is a meaningful sunset provision. Alibaba (HK) model has 35 directors – employee driven model controlled by directors, since candidates can’t run unless endorsed by board.

The system is working. Private markets have the possibility of high yield. Grow companies without going public. Stay private if you can solve liquidity issues. Time is here for time-based voting. Allow shareholders to vote in favor of it. High velocity shares and low. Bimodal distribution. Relative voting power would increase for most in room. [Most are thinking of very large companies, where corporate governance is generally good or acceptable. What about all those tiny little companies with entrenched founders and their cronies. Time-based voting could make it virtually impossible for investors outside that long-term inner circle to break the grip of entrenched managers and directors. If your shares are disproportionately weak, it is hard to build up a large enough position to take control or even have real influence. Time-based voting shares would reduce the incentive to monitor and become active.] 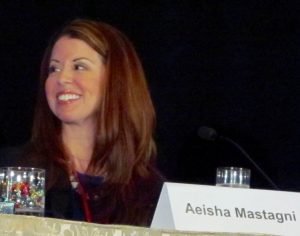 There are many situations where CEOs in total control still turns to the board for advice. Favors experimentation and innovation.

Facebook took a step in the right direction. Getting the governance right is critical because shareholders need to be able to hold directors accountable. Jon Lukomnik got it right. [Controlled Companies Generally Underperform And Boards Less Diverse, New Study Finds … I presume] Proxy access awards rights depending on length of time held and quantity to protect long-term value. It protects against hit and run activists. Without 1 share 1 vote, directors don’t have the ability to hold management accountable.

T Rowe Price is voting against dual-class boards. [I hope I got that right.] Looking at Proxy Insight, I see TIAA, CalSTRS and several others routinely vote in favor of proposals to eliminate dual-class structures.