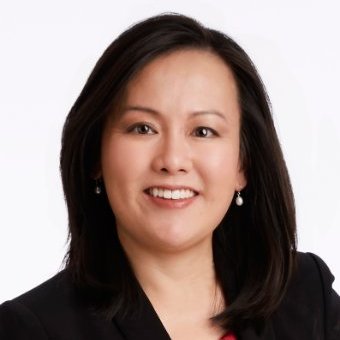 In the interest of “thoughtful discussions” on proxy access, I offer some additional points on  Ms. Hoang’s post that I hope will be helpful to companies and shareholders alike. I’ll try to address them in the order Hoang raised them. Yes, I’ll be repeating her name frequently below, mostly so I can easily go back and find this post in the future, since I have so many posts on the basic subject of proxy access.

It remains to be seen whether the broader investor base will support these proposals at companies that have already adopted “mainstream” proxy access. Among other data points, we will watch for ISS’s recommendation on the shareholder proposal at H&R Block, as well as voting results at the company’s annual meeting on September 8, 2016.

What is “mainstream” proxy access? Hoang, and many in the corporate governance industrial complex, seem to think proxy access rights limited to groups of twenty is mainstream. I think it is like “clean” coal, largely a fantasy. The SEC rejected such limitations when they adopted Rule 14a-11. Clean coal isn’t clean and proxy access with the current limitations being offered by companies isn’t really access.

It is important to note that he adopted a multi-stage approach towards implementing his version of proxy access, a tactic that has been used in the past and now may be applied more frequently to other governance policies, practices and procedures.

What Hoang calls a “multi-stage approach,” I call democracy. Even the Constitution is subject to amendments. First land-owning white men from Europe had that right to vote. Later, the vote was extended to others. I know, many think corporations are a democracy-free zone. They are not. My ideal “version of proxy access” is far from what was arrived at by the SEC in Rule 14a-11. See ISS Should Reconsider Their Analysis of H&R Block Proxy Access Proposal. However, I moved on to accept that consensus model because it was the result of years of thoughtful discussion. Many companies are still trying to game the system, providing the appearance of proxy access without the substance.

When submitting a proxy proposal, shareholders have 500 words to explain it, whereas Rule 14a-11 took closer to 500 pages. Companies can take as many words as they want to rebut. Yes Ms. Hoang, it may take many many years of amendments just to get back to square one.

It would be a lot easier and clearer if proponents could just reference the SEC’s vacated Rule 14a-11. In California, all regulations must meet the “clarity” standards of the Procedure Act and be reviewed by the Office of Administrative Law for compliance to those standards. According to SEC Staff, federal regulations are too vague and too little understood to be cited in proposals as standards, even regulations that have not been vacated. (Dell, March 30, 2012)

Substantial implementation of shareholder proposals should be considered in the context of the company’s recent actions on the same policies, practices and procedures, with particular attention to issues that have already been negotiated and withdrawn by shareholders. This is especially appropriate for lengthy and procedurally specific bylaws such as proxy access that could otherwise become the subject of a series of shareholder proposals for ancillary changes, year after year.

Ms. Hoang seems to think that when a proxy proponent withdraws a proposal they have reached full agreement with the company. While that can be the case, most of the time it is not. Many social and environmental proposals are withdrawn every year for many reasons. Unlike largely binary provisions, like seeking a declassified board, proxy access has many details. When negotiating on proxy access, I have almost always informed company representatives that unless they include the provisions of Rule 14a-11, I will be back with amendments. I have also provided this caution when speaking to groups, like the Society for Corporate Governance.

In February and March of 2016, the Staff had granted no-action relief on the basis of substantial implementation to more than 30 companies that had adopted proxy access bylaws and received alternate proxy access proposals.

In the February 12th no-action letters, SEC Staff essentially substituted their judgement for that of shareholders. They apparently think they know the proponent’s objective better than the proponent does. It is similar to a court substituting its own business judgment for that of a board of directors. Staff found three percent held for three years are essential elements for substantial implementation but not capping the number of members in a group is not. The company has the burden of proof under Rule 14a-8(g) but neither most companies nor Staff providing any evidence regarding the unimportance of the group limitation to substantial implementation.

If I am building a house and specify in the contract that the furnace must meet an annual fuel-utilization-efficiency rating of 95% but the contractor installs one with an 80% rating, they have not met the essential terms of the contract. Based on the anomalous no-action letters beginning February 12th, if Staff were issuing an informal opinion on substantial implementation, they would apparently argue the quality of the furnace does not matter. It is as if Staff arbitrarily deems only a roof and walls to be essential elements of a house.

Under Rule 14a-8(i)(10). as properly applied, boards are free to adopt elements that do not conflict with those requested in a shareholder proposal. If a proposal specifies a range, boards can select a percentage at the high end. Unless specified, boards can round down to the nearest whole number instead of rounding up to arrive the appropriate number of shareholder nominees for a specified percentage of the board. However, boards should not be entitled under Rule 14a-8(i)(10) to round an infinite number of shareholders forming a group down to 20. That is not substantial implementation.

If Chair White were to suspend no-action opinions based on Rule 14a-8(i)(10) and call for a review of the history of that subdivision, Staff would find a very similar situation to what they found in investigating the evolution of how (i)(9) was reinterpreted. Starting out narrowly, Staff gradually widened the exemption far beyond its original intent. J. Robert Brown, a former member of the SEC’s Investor Advisory Committee, has already done much of this review in his Comment Letter on Rule 14a-8(I)(10), Securities & Exchange Commission, June 18, 2015 (June 18, 2015). See U Denver Legal Studies Research Paper No. 15-26.

…if ISS and certain large institutional investors voice support for the amendments, companies may wish to make conforming changes consistent with the proposed amendments.

Hoang seems to be advising companies to fight meaningful proxy access, acquiescing only if ISS and “certain” large institutional investors voice support. I suppose that’s good advice if you are afraid proxy access will actually be used at your company… or if you want to keep spending money on legal counsel to file no-action requests every year.

Does your company want to be a corporate governance leader or a laggard? Of course, if your company is largely controlled by a founder with a rubber-stamp board, fighting on may be the only way to remain in control. For example, I have frequently voiced my suspicions about certain companies. Companies like those may want to fight on, rather than face the risk that proxy access will be invoked and directors will actually hold regular executive sessions.

I would rather see companies in my portfolio spend money on something productive. Fighting Rule 14a-11 style proxy access is a waste of corporate assets.