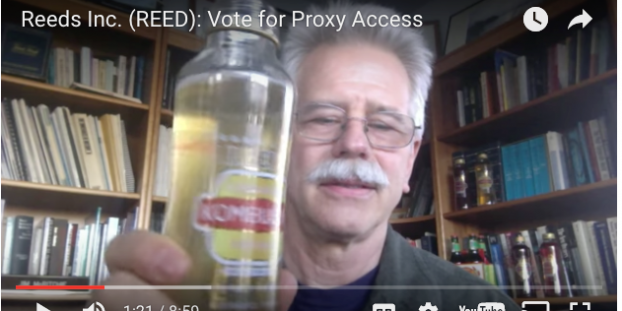 The Concerned Shareholders of Reeds, Inc., led by Edwin R. Lozano, today announced the formation of a committee to rescue Reeds, Inc. The committee delivered an open letter to Reeds Founder/CEO/Chairman and the Reeds Board of Directors expressing significant concerns with the company’s poor financial performance, problematic corporate Governance practices and weak oversight. The Concerned Shareholders of Reeds believe immediate and meaningful change is required to ensure Reeds is being run in a manner consistent with the best interests of all shareholders. Although leaving open the possibility of negotiating with the Board, having been initially rebuffed, the letter indicates the Concerned Shareholders of Reeds, Inc. intend to commence a proxy contest by nominating a slate of highly qualified director candidates for the 2016 Annual Meeting.

Concerned Shareholders of Reeds: Breadsticks Anyone? 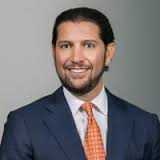 The Committee has retained Olshan Frome Wolosky LLP as its legal and strategic advisor in connection with its investment and involvement at Reeds, That is the same firm retained by Starboard Value’s in their proxy contest at Darden Restaurants (DRI), Darden rebuffed Starboard’s offer to negotiated and the entire board was thrown out by a vote of shareholders.

Andrew Freedman, a partner and co-chairman of Olshan, says “the new board has overseen a dramatic operational turnaround, implementing many of Starboard’s strategic initiatives.” As of June, stock was up 40 percent, trading at $67.50 per share. (Investor Activists Get Their Share)

As you may recall, breadsticks got a lot of press during the contest at Darden:

Starboard began, naturally, by overhauling Olive Garden’s approach to its signature breadsticks. The company’s policy had been to serve each customer one breadstick (plus one), according to The Wall Street Journal. But this rule was rarely followed and barely enforced, which often led to the once-fresh carbs turning to rocks as they sat uneaten on tables across the country. Starboard, the Journal reports, suggested that Olive Garden could save up to $5 million each year just by sticking to the breadstick guidelines. Darden also sent Olive Garden chefs to a breadstick conference in Hollywood, Florida, where they dissected what goes into crafting the perfect breadstick: the right amount of salt, how much butter would be just enough but not too much, what technique would produce the most golden, flaky finished product, etc. (How a Hedge Fund Saved Olive Garden by Making its Breadsticks Better)

Send me your suggestions on what the main issues will be at Reeds, Inc. I’m happy to publish the best suggestions and give readers credit – or remain anonymous if preferred.

NEW YORK, August 18, 2016 — An investor group led by Edwin R. Lozano, which collectively owns a significant shareholding in Reed’s, Inc. (AMEX:REED) (“Reed’s” or the “Company”), representing approximately 2.7% of outstanding shares, announced today that it has formed The Committee to Rescue Reed’s (“The Committee”) and has delivered a letter to the Chairman and CEO and the Board of Directors of Reed’s highlighting the Company’s poor financial performance and serious corporate governance deficiencies. The Committee is extremely disappointed that Chairman and CEO Chris Reed has rebuffed recent attempts by Mr. Lozano to engage in a dialogue regarding his serious concerns and is preparing to nominate a slate of highly qualified candidates for election to the Reed’s Board at the 2016 Annual Meeting.

The full text of the letter follows:

THE COMMITTEE TO RESCUE REED’S

cc: Board of Directors

The Committee to Rescue Reed’s (“The Committee”) is a group of well-informed, long-term investors who collectively own a significant stake in Reed’s, Inc. (“Reed’s” or the “Company”). We have grown increasingly frustrated by the shortcomings in the Company’s operational strategy and financial performance, as well as its weak governance oversight and practices. In our opinion, these factors are key contributors to Reed’s lackluster stock price performance over the past several years. We have attempted to engage constructively with you in good-faith in recent weeks, but our serious concerns have unfortunately fallen on deaf ears. You have therefore left us with little choice but to go public with our concerns.

We believe that the Board has failed to demonstrate a shareholder-focused mindset, has failed to hold management or itself accountable, and has failed to place the best interests of its shareholders ahead of the personal interests of insiders. As significant shareholders, our objective is to see the full value of our shares and the shares of all other owners of this Company be recognized in the marketplace. We are committed to working on behalf of all shareholders to ensure that shareholders’ interests are represented in the boardroom. To this end, we fully intend to nominate a slate of highly qualified candidates for election to the Board at the 2016 Annual Meeting.

Remarkably, it has been more than a decade since the Board has seated a new member. Certainly, this Board would benefit from thoughtful refreshment. More specifically, what is needed are members who have greater industry expertise and proven business acumen. A shareholder-focused mindset has simply been lacking on this Board for too long. The Company’s 2015 Proxy states, “We intend to maintain at least three independent directors on our Board of Directors at all times in the future.” Yet, since the sudden resignation of Mark Harris on June 1, 2016, the Board has failed to maintain a majority of independent directors as required under NYSE MKT listing rules.

We are not the only ones who have voiced serious concerns with the corporate governance practices at Reed’s. Notably, Institutional Shareholder Services (“ISS”) recommended that shareholders withhold votes on each and every Reed’s Board member at the 2015 Annual Meeting and stated the following in its 2015 Report:

The Committee has grave concerns regarding the following severe governance and operational deficiencies at Reed’s:

Our sincere hope is that the Board will take a fresh look at the opinions we have outlined above and take immediate action to work with us in embracing change rather than engage in a protracted and costly proxy contest in an effort to preserve the troubling status quo. Please know, however, that we are making the necessary preparations to nominate a slate of highly qualified candidates for election to the Board at the 2016 Annual Meeting.

We remain open to speaking with you at any time. 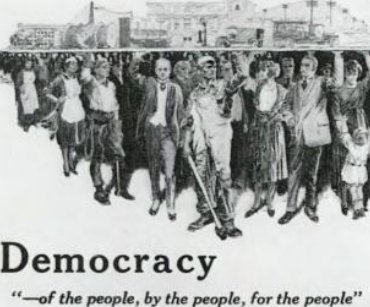 If you are a Reeds, Inc. shareholder, alienated employee or disappointed customer, I urge you to contact the Concerned Shareholders of Reeds with your concerns. Think of it as a cross between a barn raising and a crime scene. We need everyone to pitch in to help the Reeds community. Instead of hammering wood, we need to retool ideas. Any knowledge you have concerning the problems at Reeds could be useful to the Committee’s investigations. Step up and provide your information to either Mr. Lozano or Mr. Freedman, at the above email addresses.

I sincerely hope that Mr. Reed opens negotiations with the Committee. However, I am delighted to see Mr. Lozano and Mr. Freedman preparing for possible next steps. So far, Mr. Reed has been acting as if only he has any say over the direction of Reeds, Inc. Meanwhile, shareholders, employees, customers, and (I assume) the Board have offered to help to no avail. Finally, Edwin Lozano is here to stress that we are stronger together. “We’ll fix it together.” Maybe you have heard those arguments somewhere else this year? I know I have… and I know I’ll be supporting people who want to work together, not go it alone.

Anyone reading this blog for a few months knows of my frustrations with poor corporate governance at Reeds, Inc. Use the search box to look up Reeds. I’ve spilled a lot of electronic ink over the company and have filed several shareholder proposals. It looks like we could actually get changes that could make Reeds into a really great company. Please, don’t sit this one out. Get involved. Reeds, Inc. doesn’t have to be a democratic-free zone.

Want to run something by me before contacting Mr. Lonzano or Mr. Freedman? Feel free to send me an e-mail.

Concerned Shareholders of Reeds: In the News