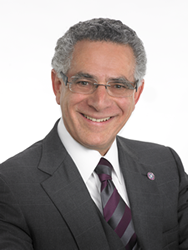 Full-time fiduciary counsel sought by CalPERS to provide specialized fiduciary advice to the system’s board and staff.

CalPERS announce that former(?)/current(?) fiduciary counsel Robert Klausner can bid for the same contract he’s being pushed out of… where he  quoted the lowest price per hour of the finalists.

According to Pensions&Investments (CalPERS issues call for fiduciary counsel),

The advice will include recurring questions about conflicts of interest and the board’s responsibilities relative to its investment authority.

Proposals are due by 5 p.m. PDT on Sept. 19. The RFP does not set a timetable for a decision.

Robert Klausner has come under attack several times in the blog naked capitalism:

And there was this from CalPensions:

There are lots of serious issues here. Unfortunately, I have been less involved in monitoring governance at CalPERS and I have been more focused on corporate governance. There are only so many hours in the day. However, this certainly looks like a positive step, even if CalPERS is glossing over its importance. As Yves Smith notes at naked capitalism,

This development is clearly positive, since it would be difficult to find an attorney as compromised as Klausner.