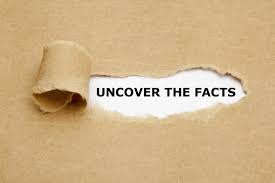 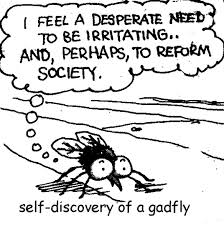 Gadflies at the Gate: Why Do Individual Investors Sponsor Shareholder Resolutions? is the catchy title of a new paper (8/2006) by David F. Larcker and Brian Tayan. Its part of the Stanford Closer Look Series from the Corporate Governance Research Initiative. While I am happy to see a more objective view the role retail shareholder advocates play in corporate governance than the nonsense presented by Steven Davidoff Solomon, I’m not sure what Gadflies at the Gate really adds by raising questions without advancing answers. I suppose, like many academic papers, it is pointing out the need for further research, like a cobbler calling for more shoes. I advise further reading that is more action oriented.

Gadflies at the Gate: Possible Misrepresentations

I was one of the nine ‘gadflies’ interviewed and suspect at least one of my responses was misinterpreted, although it is hard to tell with lack of attribution.

Only one identifies companies and expressly purchases shares to file a resolution (purchasing the minimum of $2,000 to $3,000 per company).

That certainly isn’t my normal motivation for buying into a company but I did indicate I have done this a few times.

For example, in late 2011 I purchased about $5,000 of CSP Inc. so that I could join with Brett Davidson in seeking corporate governance reforms at that company. After several ‘failed’ resolutions and dialogue with management, I believe we helped shift company direction and my investment has grown in value. In November 2015 I purchased about $2,000 of Fission Uranium so that I could vote with shareholders seeking reform and perhaps file proposals in the future.

More recently, I have begun investing $2000 to $3,000 in order to file proposals at several fund companies, such as T. Rowe Price, State Street, Invesco, Franklin Resources, and Charles Schwab.  As I indicated during an interview with TK Kerstetter (Have Shareholder Rights Gone Too Far?), the real problem in corporate governance is not so much management and boards as it is with shareholders themselves.

Most individuals invest through large funds, thinking professionals will provide better service than buying and managing stocks on their own. However, institutional investors often have conflicts of interests (such as wanting to administer corporate retirement funds), which impact voting in the best interest of investors (Investors Have Spoken: 5 Trends in Shareholder Proposals).

I aim to incentivize better voting by fund families, helping them see their own hypocrisy, like supporting the need to address climate change, but are voting against their own statements and policies. It will probably be another year before I can file resolutions at most of these funds. Meanwhile, the dozens of proposals I file each year are at companies where I invested hoping to add value to my own portfolio and to society-at-large.

Here’s another couple of problematic sentences in the report:

None of the individual investors that we spoke with collaborate with large institutions… None report receiving support from mainstream institutions such as Fidelity, Vanguard, BlackRock, and State Street.

I guess it depends upon researchers define the meaning of the word collaborate. I have frequently shared proposed language with large institutional investors and they have also shared with me, although less frequently. They have also helped negotiate with companies and/or presented proposals on my behalf. With regard to mainstream funds, it depends on the type of proposal. I can generally count on their support for proposals to declassify a board, less so for more nuanced proposals.

Gadflies at the Gate: Contribution to Meaningful Dialogue

As I indicated at the top, the authors end their paper with a number of questions like the following:

To what extent should shareholders actively participate in corporate policy, and to what extent should they defer to the judgment of directors? How much shareholder democracy is the right amount?… Securities and Exchange Commission rules allow individual shareholders owning as little as $2,000 to sponsor a resolution. Shareholders can reintroduce the same resolution a second year if it receives at least 3 percent of the vote. Are these thresholds the right amount?… Are individual activists harbingers of new ideas who legitimately exercise their ownership rights, or are they a strain on corporate resources and the attention of other shareholders? 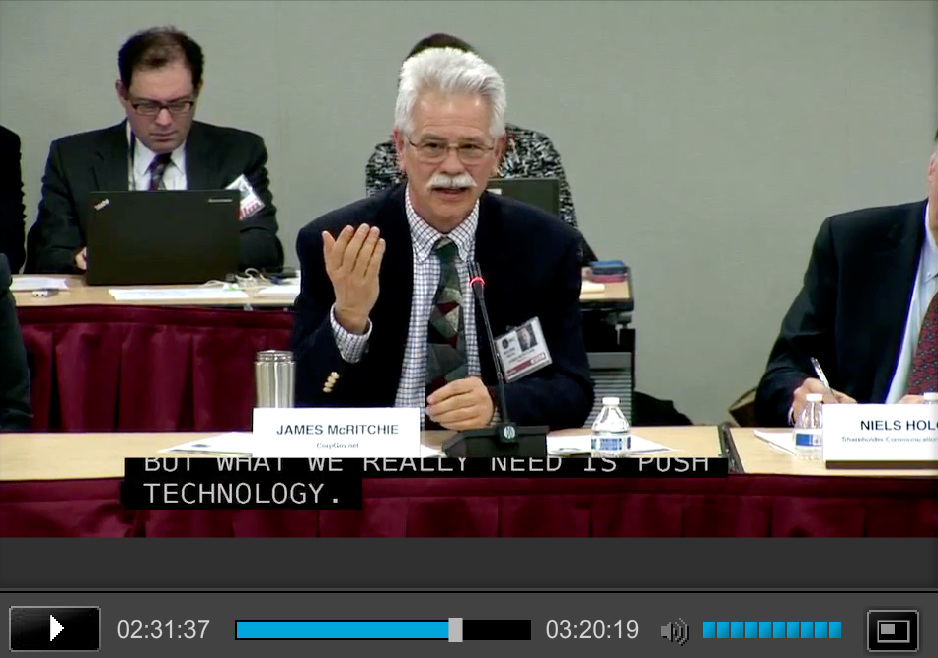 While these questions have the ring of profundity to some, one could also ask: To what extent should citizens actively participate in developing public policy? Are elections simply a waste of public resources or do they serve some broader useful purpose? Would it be more cost-effective to restrict who can vote?

Further limiting the ability of individual investors certainly isn’t the answer to creating companies that work better both for investors and society-at-large. Corporations are social constructs – the most powerful mediating structures between the individual and society, with the possible exception of the state. Behavioral economics is finally moving us away from a conception of man as a totally selfish homo roboticus. There is no law that requires corporations to maximize shareholder value or to externalize costs onto society.

Corporations largely control our political institutions. They are too big and powerful to be controlled solely from outside. To solve our major problems, we need to build human values into our institutions through democratic mechanisms, especially into the governance of corporations and institutional investors. Corporations should not be democracy-free zones. We can’t count on the likes of Fidelity and Vanguard to hold them accountable.

The proportion of public equities controlled by institutional investors has risen from about 6% to in 1950 to 67% in 2010 and is substantially higher at our largest most powerful companies. (Institutional Investors: Power and Responsibility) So-called gadflies submit 35% of proposals at the top 250 companies. Large mainstream funds like Fidelity and Vanguard submit none. They won’t be driving accountability unless their own customers become gadflies at the gate within those funds and others.

Gadflies at the Gate: Read On

Instead of asking if gadflies at the gate have too much power, the authors should be exploring why much of the financial system doesn’t address whole people, with all our complex values. Why is the financial services industry still only as efficient as it was in the 1800s when every other industry has increased productivity exponentially? Interested in gadflies at the gate? Read What They Do With Your Money and The Handbook of Board Governance, especially The Individual’s Role in Driving Corporate Governance. Yes, that’s my chapter.

The Handbook of Board Governance: Part 4
Reeds Board: Commonsense Principles