I continue my review of The Handbook of Board Governance: A Comprehensive Guide for Public, Private, and Not-for-Profit Board Member. With the current post, I provide comments on Part 3 of the book, Risk Governance, Assurance and the Duties of Directors. See prior introductory comments and those on Part 1 and Part 2. I suspect the book will soon be the most popular collection of articles of current interest in the field of corporate governance.

The Handbook of Board Governance: The Rise and (Precipitous, Vertiginous, Disastrous) Fall of the Fiduciary Standard

Nell Minow starts us out in Part III with a brief essay: The Rise and (Precipitous, Vertiginous, Disastrous) Fall of the Fiduciary Standard. Yes, she’s unhappy with a deteriorating fiduciary standard. Most readers will agree. Minow is not only the ‘queen of good corporate governance,’ according to BusinessWeek, but is also known at the Movie Mom. Nowhere else in The Handbook of Board Governance are you likely to find references to superheroes and kryptonite. 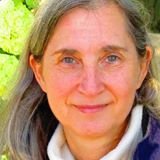 At the heart of Minow’s essay is recognition of the common dangerous denial “that allows us to pretend that there is no gap between the ideal and the real.” That gap is widening because of the many intermediaries between us and our investments. The business judgment rule and director and officer insurance have almost removed arguments of fiduciary duty from the court, since settlements now take place almost entirely behind closed doors.

Minow argues the business judgment rule should not apply to directors failing to get a majority vote, because by definition fiduciary duty “is premised on the directors exercising authority delegated to them by the shareholders.” The duty of loyalty has been undermined by stakeholder laws. “Accountability to everyone is accountability to no one, and it is impossible to apply a fiduciary standard without a clear understanding of who the beneficiary is.” It is an honest but not an uplifting critique.

The Handbook of Board Governance: The Duties and Liabilities of Directors – Getting the Balance Right

Dr. Roger Barker’s chapter explores whether policymakers have found the right balance between holding individual directors accountable, as public opinion increasingly demands, and not deterring board service. Barker reminds readers that, despite admonitions that companies exist to maximize the profits of shareholders, no such legal duty exists. Director owe their duties to their company, not to shareholders.

The business judgment rule in the US and UK common law provide something similar to a ‘get-out-of-jail’ card for directors, since the courts will not hold directors liable to failure to comply with ‘the aspirational ideal of best practices.’ Barker goes on to explain that in most jurisdictions shareholders cannot sue for breach of duties. They can bring a derivative suit but any damages are awarded to the corporation, rather than shareholders.

From a practical perspective, a director of a public company faces only a remote chance of being successfully sued for breach of duties owed to the company under corporate law, even in the United States.

However, directors can be held liable under securities laws through class action lawsuits. We’ve all heard of some of the huge settlements, such as former director of Enron and WorldCom who paid $40 million out of their own pockets. However, these are the exceptions. In fact, between 1980 and 2005 there were only eight instances of directors making personal out-of-pocket payments in securities law civil suits. Risk of criminal prosecution? Again, the chances are minimal.

The dilemma facing this who wish to make directors shoulder the entire burden of corporate misbehavior is that even the wealthiest of individual director is utterly insignificant relative to a corporation. Furthermore, non executive directors, unlike senior executives, are rarely rewarded with substantial pay and performance packages—for them, the rewards of serving on boards are mainly intangible, and can easily be affected by perceptions of personal legal liability.

Barker concludes that perhaps many corporations have become “too big to govern.” Suffering legal sanction probably has more to do with luck than ‘honest and skillful implementation.’ All very reasonably argued… but again, not very reassuring to investors or the general public.

The Handbook of Board Governance: Best Practices in Parent and Subsidiary Governance

Too big to govern? That leads us directly into Poona Puri’s chapter, since wrongful doing by a subsidiary doesn’t generally implicate the parent company. Many jurisdictions are attempting to hold parent corporations legally and financially responsible for the actions of their subsidiaries. Puri offers ‘cutting-edge’ governance strategies to address those risks. 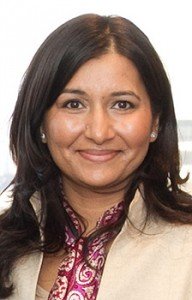 Traditional exceptions include cases where a subsidiary is completely dominated and controlled by the parent, as well as where specific statutes, such as those aimed at corruption, apply. She goes on to discuss emerging tort law liability as a new exception, especially the UK case of Chandler v. Cape Plc, which found that a parent company can be held responsible for the health and safety of subsidiary employees.

From several such cases, Puri offers six factors to consider in determining if a parent company owes a tort law duty of care for subsidiary conduct. She then goes leading-edge practices, ending with a checklist of governance essentials and best practices. Of course, if you are a director in a company with subsidiaries (or considering them), this is ‘must know’ information. It is also critical for other stakeholders, especially those of us who want to ensure accountability.

The Handbook of Board Governance: The Role of the Board in Risk Management Oversight

John R.S. Fraser explains the role of the board in overseeing risk management, outlines several approaches and includes an abundance of references for further reading. With all the data-hacking and cyber-terrorism, this topic is high on the agenda of all the director meetings and conferences I’ve attended for the last several years. Fraser goes through how we got to this point, provides a literal glossary terms and dives right into ISO 31000, COSO ERM 2004 and other enterprise risk management (ERM) methodologies.

Boards have been reluctant to get involved in ERM for fear of stepping into management’s role. Fraser helps clear the confusion.

The Handbook of Board Governance: Board Oversight of Internal Audit

Fraser contributed two chapters, back-to-back. Similar to the prior chapter on ERM, this one is very much a practical guide, covering topics such as:

Fraser not only covers each topic but provides an appendix with a helpful sample mandate.

The Handbook of Board Governance: Three Lines of Defense versus Five Lines of Assurance

Tim J. Leech and Lauren C. Hanlon get into the weeds to build a case for going beyond the three lines of defense model promoted by the global Institute of Internal Auditors (IIA) and others. Not every chapter of any reader is going to appeal to everyone attracted to the book. This chapter represents a heartfelt plea for the five lines of assurance model, which they claim is a far more effective ERM approach. I’m sure I would have been more interested in this chapter when I was an auditor thirty years ago, or was it forty?

As Leech and Hanlon point out, at quicker read is available through protiviti® at Applying the Five Lines of Defense in Managing Risk.

The Handbook of Board Governance: commercial and D&O Insurance for Large Corporations 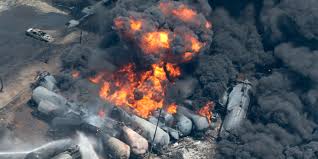 Stephen J. Mallory addresses the process of ensuring adequate insurance protection. As Mallory readily admits, “detailed knowledge of insurance falls outside the scope of expertise of most directors.” Yet, directors also have a keen incentive to have at least a basic understanding so that when incidents like the 2013 train accident in La Megantic, Quebec happen, they’ll be protected. “Simple bend marking would have revealed that peer oil-tanker railways were carrying much higher amounts of insurance.” With climate change disasters and sober threats on the rise, directors who delegate without oversight run the risk of running out.

Mallory provides a two-page glossary of insurance terms, a six pages of checklist of key D&O policy extensions, a sample broker service agreement, a checklist on the marketing process (basically the steps in deciding on your insurance, as well as a helpful list of questions. If you’re used a Nolo Press guide to start a nonprofit, get a divorce, work through probate, fight a traffic ticket or write a will, that’s almost the specificity Mallory provides in this chapter. I’ve been on a few boards going over D&O policies and wish I had access to such material.