The new partnership marks an exciting milestone for the 3D, a database the two pension funds jointly developed in 2011. 3D was designed to make it easy for companies to find untapped talent to serve as directors on corporate boards. 3D joins the suite of searchable sources on Equilar, further simplifying companies’ and candidates’ ability to build and be a part of diverse corporate boards. MSCI ESG Research previously hosted the database.

Launching 3D on Equilar’s Diversity Network showcases the depth and availability of qualified, diverse directors. The Diversity Network is designed to connect candidates from various diversity organizations with boards.

We are thrilled that 3D is joining Equilar and is more robust than ever. Study after study shows that board diversity can drive a company’s performance to higher levels. Our database helps companies find qualified board members who can help them excel in markets around the world.

More quotes, this next one from CalSTRS Investment Committee Chair Harry M. Keiley:

The Diverse Director DataSource is instrumental in delivering a vital service to our portfolio companies searching to strengthen the depth of expertise on their boards, while also achieving diversity of thought, experience, and innovation; all of which directly coincides with the vast diversity of CalSTRS members.

CalSTRS believes there is demonstrated economic value in a diverse board of directors. We are excited to embark on this partnership with Equilar as we work together to effectively build on the solid foundation of 3D.

Moving 3D to Equilar comes as CalPERS and CalSTRS continue to make strides in exercising their shareholder positions to strongly reinforce corporate board diversity across their portfolios. The two pension funds have led several important institutional investor forums this year on overcoming barriers to board diversity.

The Securities and Exchange Commission (SEC) is now considering a CalPERS/CalSTRS petition proposal (PDF) requiring companies to report about the diversity of their boards. This proxy rule amendment petition, filed in March of 2015 and signed by CalSTRS, CalPERS, and other institutional investors, asked the SEC to require new disclosures related to nominees for corporate board seats in order to provide investors with necessary information to evaluate the nominees’ gender, racial, and ethnic diversity, as well as their mix of skills, experiences, and attributes needed to fulfill the corporation’s mission and long-term strategy.

CalPERS also led successful efforts this year at a growing number of companies to gain approval of proxy access rules that give investors the opportunity to nominate board directors. Additionally, the CalPERS Board has announced its strong support for Representative Carolyn Maloney’s bill, H.R. 4718, the “Gender Diversity in Corporate Leadership Act of 2016,” while at the same time urging the bill be expanded to include diversity of skill sets, age, nationality, race, sexual orientation, gender identity, and historically underrepresented groups.

CalPERS and CalSTRS are working aggressively to make board diversity a reality at more corporations. 3D makes qualified candidates easily accessible to boards that might not have access to this important talent pool.

CalSTRS continues its multi-prong approach to improve board diversity through direct portfolio company engagements and regulatory engagement. In April, CalSTRS invested $250 million to seed the SSGA Gender Diversity Index. The index is designed to measure the performance of U.S. large capitalization companies that are considered gender diverse in their senior leadership positions and board of directors.

CalSTRS continues to move the board diversity needle through its leadership in affinity organizations, such as the Thirty Percent Coalition. In January 2012 the Coalition launched the “Adopt a Company” campaign. As a result of the campaign, to date more than 100 companies have increased their board’s diversity.

We are proud to welcome CalPERS, CalSTRS, and the 3D candidates in joining the Equilar Diversity Network. The addition of these qualified directors strengthens Equilar BoardEdge as the number one resource to identify diverse board candidates.

Companies, shareowners, diversity groups, and other organizations can access 3D’s more than 800 candidate profiles at Equilar BoardEdge. The candidates represent a wide variety of industries, geographies, areas of functional expertise, races, genders, and ages. Two-thirds of the potential candidates are women, with nearly a quarter having international experience and speaking over 40 languages.

Interested candidates can create an online profile free of charge. Candidates previously registered with the 3D database while part of MSCI will need to re-create their profile on the new Equilar Diversity Network.

For more than eight decades, CalPERS has built retirement and health security for state, school, and public agency members who invest their lifework in public service. Our pension fund serves more than 1.8 million members in the CalPERS retirement system and administers benefits for more than 1.4 million members and their families in our health program, making us the largest defined-benefit public pension in the U.S. CalPERS’ total fund market value currently stands at approximately $303 billion. Follow CaPERS on Twitter @CalPERS. 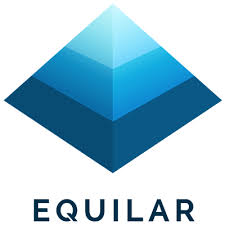 Equilar is the leading provider of board intelligence solutions. Companies of all sizes rely on Equilar for their most important boardroom decisions, including 70 percent of the Fortune 500 and institutional investors representing over $13 trillion in assets. Equilar offers data-driven solutions for board recruiting, executive compensation and shareholder engagement that bring together business leaders, institutional investors and advisors to drive exceptional results while ensuring sound corporate governance. The Equilar suite of solutions includes industry-leading board education symposiums, comprehensive custom research services and award-winning thought leadership. Founded in 2000, Equilar is cited regularly by Associated Press, Bloomberg, CNBC, The New York Times, The Wall Street Journal, and other leading media outlets.