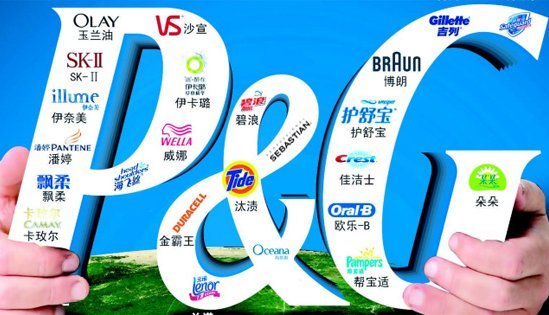 ProxyDemocracy.org had collected the votes of 3 fund families when I checked. Vote AGAINST pay, committee; FOR reports on political activity and how PG is addressing pro-discrimination laws. I voted with the Board’s recommendations 43% of the time. View Proxy Statement via iiWisdom.

Read Warnings below. What follows are my recommendations on how to vote the PG proxy in order to enhance corporate governance and long-term value.

PG’s Summary Compensation Table shows the highest paid named executive officer (NEO) was CEO and President David Taylor at $14.4M. I’m using Yahoo! Finance to determine market cap ($239B) and I am roughly defining large-cap as $10B, mid-cap as $2-10B, and small-cap as less than $2B. PG is a large-cap company. According to the Equilar Top 25 Executive Compensation Survey 2015, the median CEO compensation at large-cap corporations was $10.3M in 2014, so pay was well over that amount. PG’s shares outperformed the S&P 500 over the most recent one, two, and ten year time periods but underperformed during the most recent five year period.

Taking into account the issues above, I voted ‘AGAINST’ the pay package. I also followed my normal practice and EJ’s advice, voting against the compensation committee”

The Company earns a compensation score of “Needs Attention”, and as such, we recommend that clients “WITHHOLD” votes from the members of the Compensation Committee, namely Independent outside directors Kenneth I. Chenault, Scott D. Cook, Terry J. Lundgren, W. James McNerney, Jr. and Margaret C. Whitman.  Egan-Jones believes that the Compensation Committee should be held accountable for such a poor rating and should ensure that the Company’s compensation policies and procedures are centered on a competitive pay-for-performance culture, strongly aligned with the long-term interest of its shareholders and necessary to attract and retain experienced, highly qualified executives critical to the Company’s long-term success and the enhancement of shareholder value.

#4 Report on Consistency Between Corporate Values and Political Activities by Green Century Equity Fund. There is almost nothing worse than a hypocrite. Shareholders must be concerned about the misalignment between PG’s publicly declared corporate values and its funding of public policy advocacy by other organizations, such as the American Legislative Exchange Council and U.S. Chamber of Commerce, which attack environmental safeguards aimed at addressing global climate change. That’s not only a poor use of corporate funds but also risks reputational damage from stakeholders.

PG: CorpGov Recommendations Below – Votes Against Board Position in Bold

In addition to votes gathered by ProxyDemocracy.org, Proxy Insight had reported votes of Canada Pension Plan Investment Board (CPPIB) and Teacher Retirement System of Texas (TRS) which both voted with management on every item.

For business to be properly brought before an annual meeting by a shareholder (other than in connection with the election of Directors, see section entitled “Shareholder Recommendations of Board Nominees and Committee Process for Recommending Board Nominees” on page 16 of this proxy statement; or any matter brought pursuant to SEC Rule 14a-8), the shareholder must meet the requirements set forth in our Regulations, which are publicly available at www.pg.com. A shareholder wishing to bring such business before the 2017 annual meeting must provide such notice no earlier than February 13, 2017 and no later than July 13, 2017.