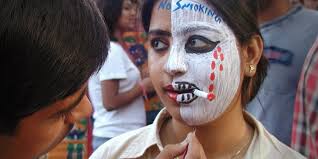 Apparently, CalPERS sent invitations out on 9/27, 10/6 and 10/13 to about 400 people. Although I am on mailing lists for press and rulemaking, I wasn’t on the “stakeholders” mailing list. That has now been corrected going forward.

Submit your comments by November 11 to CalPERS via email to CalPERS_Stakeholder_Relations@calpers.ca.gov

The CalPERS Board is scheduled to discuss the issue of tobacco investment restrictions during its December 2016 meetings, and is interested in feedback from our stakeholders on this topic.  We encourage you to watch the webinar and share your views on the future of tobacco investments in the CalPERS portfolio.  We will be summarizing stakeholder comments on this subject to the Board for consideration.

Prior Post of October 17 on Tobacco Investments begins here.

Tobacco and divestment: With less than a days notice, CalPERS announced a webinar to discuss tobacco investments/divestment and accept comments from stakeholders. The timeframe to obtain feedback from “stakeholders” seems absurd.

Registration assumes those participating in the webinar will come primarily from “companies,” since registration requires participants to submit the name of their “company” and their “title.” CalPERS members should not be deterred. Your company could be “CalPERS” and your position “retiree.” Citizens of California could list the “State of California” as their company and their position as “citizen.” Don’t miss this opportunity to have a say in what direction CalPERS takes.

Here’s the notice I received last night at 5:17 pm from CalPERS.

Stakeholders are encouraged to participate by registering for the webinar and providing CalPERS feedback on the future of tobacco investments in the Pension Fund’s investment portfolio. The CalPERS Board is scheduled to discuss the issue of tobacco in December, 2016 and stakeholder feedback from the webinar will be presented.

With just 17 hours notice, CalPERS is announcing a webinar to discuss tobacco investments and accept comments from stakeholders. See below for the email notice.

As you may recall, reinvesting in formerly divested investment sectors (tobacco, firearms, companies doing business in Iran or Sudan, and thermal coal per S.B.185) came up early this year as part of staff’s proposed revisions to the fund’s investment policy. The Board, apparently blindsided, dithered about “reputational risk” for a few months — and finally passed the rest of the policy in April, tabling the proposed divestment policy for an indeterminate period. Apparently, time will be up at the December board meeting.

Staff promised the Board they would do “stakeholder outreach” about their proposal, and it looks like tomorrow’s webinar is it.

Q. Why is this important for our fossil fuels divestment campaign?

A.  If the CalPERS board votes in December NOT to reinvest in tobacco, they will be going on record incorporating a moral issue into an investment decision. This will be a departure from staff’s apparent belief that the sole purpose of divestment is to enhance financial returns to the fund…and a step in the direction of divesting from fossil fuels.

Please register for the webinar if you are available tomorrow. Most likely it will be posted on the fund’s website — we’ll let everyone know when that happens.

We all need to comment on this proposal, and as many people as are able should plan to attend the December Investment Committee meeting on Monday, December 19, in Sacramento.
Please forward this to your lists, as soon as you can. And email me with questions if you wish.

My Two Cents on Tobacco and Other Divestments

First, I’d like to say I have been after CalPERS for many years, probably decades, to survey its members and other stakeholders on their investment values. From the announcement, it appears that webinar participants will have some opportunity to weigh in on these issues. That’s positive. However, the short advance notice seems inexcusable.

My own thoughts on divestment are complicated. Normally, I am opposed to divestment because when good people sell they are no longer there to monitor and change the direction of management. Management and entrenched boards are often delighted to see “troublemakers” divest. However, I’m coming around on fossil fuel.Oil companies are still looking for more hydrocarbons even though we already have more than 5 times enough to bring the planet to ruin. If I had grandchildren, I’d want them to grow up in a salubrious environment. When the population wakes up and takes back control of our governments, much of the hydrocarbon reserves will essentially become “stranded assets” that will lose value because it is too costly in terms of climate change to burn them. It is far better to use current resources to invest in green technology that will move us forward.

I devested coal from my portfolio many years ago. Anyone who stayed in that sector probably got burned. I kept small investments in oil companies, hoping to find at least one that is more responsible than the rest by moving beyond petroleum to solar and other sustainable energy fields. Unfortunately, all they were doing was “greenwashing.” So, I sold my remaining oil-related stock.

Selling tobacco products is like minting money. Unlike Apple or other consumer goods companies, tobacco companies don’t have to keep reinvesting their products, since what they are selling is addictive. Yes, I realize it is easy money but I just can’t bring myself to profit by killing other people. I worked for decades in the Department of Health and then within Cal/EPA promoting and protecting public health. Why would I want to use any part of my money to bring harm to others?

Guns are another matter. I don’t personally own stock in gun companies but I don’t oppose my retirement system from owning stock in such companies if they promote more responsible sales policies and “smart guns” that can’t be fired by anyone but the gun’s registered owner. Additional thoughts at Guns and Divestment.

More thoughts on Divestment in general.