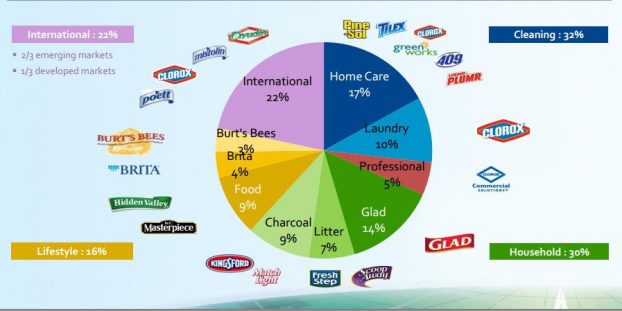 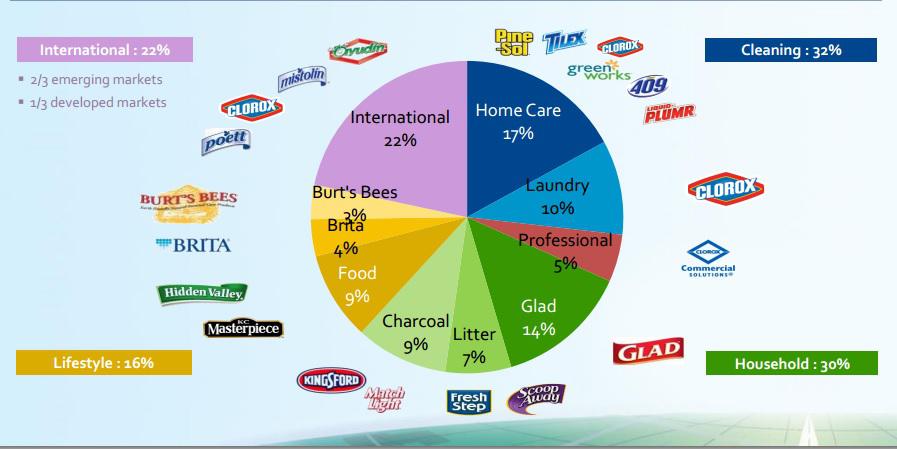 Their annual meeting is coming up on November 16, 2016. ProxyDemocracy.org had collected the votes of 2 fund families when I checked. Vote FOR reducing the threshold to call a special meeting and all other items on the proxy. I voted with the Board’s recommendations 93% of the time. View Proxy Statement via iiWisdom.

Clorox Company’s Summary Compensation Table shows the highest paid named executive officer (NEO) was Chairman/CEO Benno Dorer at $8.9M. I’m using Yahoo! Finance to determine market cap ($15.3B) and I am roughly defining large-cap as $10B, mid-cap as $2-10B, and small-cap as less than $2B. Clorox Company is a large-cap company. According to the Equilar Top 25 Executive Compensation Survey 2015, the median CEO compensation at large-cap corporations was $10.3M in 2014, so pay was well under that amount. Clorox Company shares underperformed the S&P500 over the most recent one year time period but outperformed in the most recent two, five and ten year time periods.

Similarly, Egan-Jones Proxy Services takes various measures to arrive at a proprietary rating compensation score, which measures  wealth creation in comparison to other widely held issuers. “Superior” is the rating given on compensation issues. Egan-Jones concludes:

Given below median pay, the “C” grade and recommendation Egan Jones, I will also vote “FOR” the say-on-pay item.

As mentioned above, I voted “For” the pay package. Per the recommendation of Egan Jones and the votes disclosed by other investors, I also voted for all the board members.

#4 Reduce Threshold to Call Special Meeting –  There is only one shareholder proposal on the proxy. The proposal is mine, so you can be sure I voted ‘FOR.’ The current threshold to call a special meeting is 25%.

I am voting early this time. Proxy Insight had reported that both the Canada Pension Plan Investment Board (CPPIB) and the Teacher Retirement System of Texas voted FOR all items below, as I did as CorpGov. I expect more early disclosures in the next week or so but I think we can already see a pattern.

In the event that a stockholder wishes to have a proposal considered for presentation at the 2017 Annual Meeting of Stockholders and included in the Company’s proxy statement and form of proxy used in connection with such meeting pursuant to Exchange Act Rule 14a-8, the proposal must be received by the Company’s Corporate Secretary no later than the close of business on May 26, 2017. Any such proposal must comply with the requirements of Rule 14a-8.

The Handbook of Board Governance: Part 8
No-Action Requests & the Business Roundtable