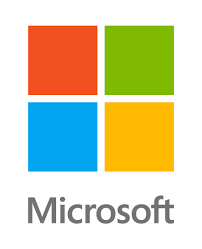 MSFT’s annual meeting is coming up on November 30, 2016. ProxyDemocracy.org had collected the votes of 3 fund families when I checked. Vote AGAINST pay, pay committee, stock plan. Vote FOR all other proxy items, especially my proposed amendments to proxy access to increase the ability of shareholders to group together to nominate directors.  I voted with the Board’s recommendations 56% of the time. View Proxy Statement via iiWisdom.

MSFT’s Summary Compensation Table shows the highest paid named executive officer (NEO) was CEO Satya Nadella at $17.7M. I’m using Yahoo! Finance to determine market cap ($473B) and I am roughly defining large-cap as $10B, mid-cap as $2-10B, and small-cap as less than $2B. MSFT is a large-cap company. According to the Equilar Top 25 Executive Compensation Survey 2015, the median CEO compensation at large-cap corporations was $10.3M in 2014, so pay was well above that amount. MSFT shares outperformed the NASDAQ over the most recent one, two and five year time periods but underperformed in the most recent ten year time period.

The Company earns a compensation score of “Needs Attention”, and as such, we recommend that clients “WITHHOLD” votes from the members of the Compensation Committee, namely Independent outside directors G. Mason Morfit, John W. Stanton, Charles W. Scharf and Padmasree Warrior. Egan-Jones believes that the Compensation Committee should be held accountable for such a poor rating and should ensure that the Company’s compensation policies and procedures are centered on a competitive pay-for-performance culture, strongly aligned with the long-term interest of its shareholders and necessary to attract and retain experienced, highly qualified executives critical to the Company’s long-term success and the enhancement of shareholder value.

Given above median pay, the “C” grade and recommendation from Egan Jones, I also voted “AGAINST” the say-on-pay item.

As mentioned above, I voted “AGIANST” the pay package. Per the recommendation of Egan Jones, I also voted AGAINST the board members on the compensation committee.

Regarding proposal #4 to reduce the threshold to call a special meeting, Egan Jones recommends AGAINST: “Enabling the holders of only fifteen percent of the Company’s outstanding stock to call special meetings could subject the Company and the Board to disruption from stockholder activists or special interest groups with an agenda not in the best interests of the Company or long-term stockholders.” I disagree. 15% is around $75B. At that level, I think the risk created by “special interests” is minimal. This is exactly the type of proposal I have introduced at other companies. I voted “FOR.”

Regarding proposal #5 to amend the omnibus stock plan, Egan Jones went into more detail than I want to bother with. However, I agree with their conclusion.

We note however, after taking into account the maximum amount of shareholder equity dilution this proposal could cause, as well as both the quantitative and qualitative measures outlined above, we believe that shareholders should not support the passage of this plan as proposed by the board of directors. We recommend the board seek to align CEO pay more closely with the performance of the company and work to reduce the cost of any similar plan that may be proposed in the future. Therefore, we recommend a vote “AGAINST” this Proposal.

#6 Proxy Access –  There is only one shareholder proposal on the proxy. The proposal is mine, so you can be sure I voted ‘FOR.’ The current threshold to call a special meeting is 25%.

In its opposition statement, Microsoft argues their proxy access bylaw, which limits nominating groups to 20 shareholders, is workable. However, the Council of Institutional Investors, whose members have over $3 Trillion in assets – that’s $3 Trillion with a T – examined companies held by its members, including Microsoft. They found that in most cases, even if the 20 largest public pension funds were able to aggregate their shares, they would not meet the 3% held for 3 years criteria required by Microsoft’s bylaws.

The most important amendment suggested by this proposal is to raise the number of shareholders that can form a nominating group. Like the SEC rule that was passed and then suspended, the proposal asks that an unlimited number of shareholders be able to form nominating groups. However, I would be satisfied it the current limit of 20 was raised to 40. I would consider that substantial implementation that could at least give shareholders a chance to implement proxy access, if the need arises.

Of course, being on the proxy is not the same as winning seats. Any nominees would still need to get a majority of votes cast.

In addition to votes gathered by ProxyDemocracy.org, Proxy Insight had reported the votes of the Canada Pension Plan Investment Board and Teacher Retirement System of Texas. Both voted “For” every item, as did CalSTRS. Based on previous voting records compiled by Proxy Insight, it looks like there is a good chance that my proxy access amendments will also be supported by Dodge & Cox, Credit Suisse AG, Allianz and many other institutional investors.

Great to see MSFT actually facilitating use of email to submit proposals.

Shareholders who, in accordance with SEC Rule 14a-8, wish to present proposals for inclusion in the proxy materials to be distributed for next year’s annual meeting must submit their proposals so they are received by the Corporate Secretary of Microsoft, by one of the means described below, no later than the close of business (5:30 p.m. Pacific Time) on June 20, 2017. As the rules of the SEC make clear, simply submitting a proposal does not guarantee that it will be included.

Notices of intention to present proposals or nominate directors at the 2017 Annual Meeting, and all supporting materials required by our Bylaws, must be submitted by one of the following means: