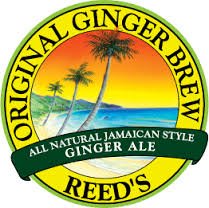 Their annual meeting is coming up on November 29, 2016. Unfortunately, the company is too small for ProxyDemocracy.org to follow, so no help there. However, I have been heavily involved with the Committee to Rescue Reed’s, so am intimately familiar with many of the issues. Vote FOR proxy access, split chair/CEO, forcing zombie directors to resign, all new board nominees and pay. Vote AGAINST Christopher J. Reed,  Auditor, and Repricing options. I voted with the Board’s recommendations 55% of the time. View Proxy Statement; again, the company to small to pull up proxy via iiWisdom.

From Yahoo Finance: ISS has not updated their rating of Reed’s Inc.

Reed’s Inc’s Summary Compensation Table (p. 28) shows the highest paid named executive officer (NEO) was Neal Cohane, SVP of Sales at $256,000. I’m using Yahoo! Finance to determine market cap ($59M) and I am roughly defining large-cap as $10B, mid-cap as $2-10B, and small-cap as less than $2B. Reed’s Inc is a small-cap company. According to the Equilar Top 25 Executive Compensation Survey 2015, the median CEO compensation at small-cap corporations was $3M in 2014, so pay was well under that amount. Reed’s Inc shares underperformed the NASDAQ over the most recent one,  two, and ten year time periods by as much as 140% but outperformed in the most recent five year time period.

Unfortunately, the company appears to be too small for Egan-Jones Proxy Services to research. There have been many issue at Reed’s Inc but I do not believe the pay of NEOs is one of them. I voted FOR.

The company would be best served by bringing in a new auditor after seven years. The mostly new Board should begin with a clean slate. I have suspicions the auditor may have failed to alert shareholders to various issues. Length of service is often correlated with going along with management, rather than reporting objectively.  After seven years, it is time Reed’s Inc. engaged a different auditor, reporting directly to a more fully independent audit committee (although all still picked by the CEO). I voted AGAINST 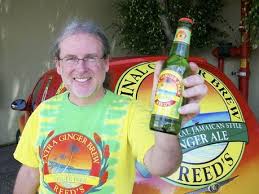 I voted WITHHOLD for Chris Reed but voted FOR all other nominees. Reed’s Inc would function better without either Mr. Reed or his wife on the Board. With insiders (primarily the Reeds) holding more than thirty percent of the company’s stock and being founder/CEO, Mr. Reed will continue to have considerable influence with all the directors, especially since he appears to have handpicked each one. His presence on the Board would result in a greater chance of his continued domination and mismanagement of the Company.

As mentioned above, I voted “For” the pay package, most board nominees, “AGAINST’ Chris Reed and the auditor. I also voted “AGAINST” repricing previously issued stock options. Options should not retroactively be repriced. Those options were granted to incentivize performance. Performance goals were not met. Repricing options would simply reward failure.

I voted “For” what the proxy card is calling “Amend Bylaws on Advance Notice Provisions.” I have no idea who cam up with that title. If you look at Appendix B on the proxy, it is clear the amendment pertain to the nomination of directors and would require each nominee to submit “a statement” concerning “whether such person, if elected, intends to tender, promptly following such person’s election or re-election, an irrevocable resignation effective upon such person’s failure” to obtain a majority vote.  Although, I believe the intent is to secure a resignation from all directors that fail to obtain a majority vote, the bylaw actually only requires a statement of their intent, which apparently could be one way or the other. During this past year, I sent the Company links to several articles on majority voting requirements and even some suggested wording. The proposed amendments are so muddled as to be practically useless. At least the Board’s intent is clearer in their recommendation of proposal 4. I will vote “For” and will make another attempt to get better language, which should also include a carveout so that proxy contests are decided by a plurality vote. See a discussion on the topic by the Council of Institutional Investors.

I am voting early this time because the Reed’s Inc Board is apparently giving its shareowners as little time as possible to vote. Proxy Insight had reported no additional votes but may do so within the next week or so. Maybe I will come back later with an update

I wonder which board nominee(s) Mr. Muffoletto opposes? Perhaps we will find out at the annual meeting. Although I recommended AGAINST Mr. Muffoletto in prior years, he was the only director I met at annual meetings (aside from Mr. Reed) and was the only one who appeared responsive to suggestions for possible improvements in corporate governance. From prior year votes it is clear Mr. Reed voted against Muffoletto. Since Reed seems to have had total control over the Board, apparently even summarily dismissing a director without so much as a Board meeting, it is surprising Muffoletto has lasted as long as he has. My sense is that Muffoletto’s unconventional approach and knowledge were an overall positive influence.

I’ve never seen anything quite like this in any other proxy. Reed’s Inc. here declares that election of their own nominees will represent a change in control, resulting in the acceleration of stock options. With legal interpretations like that, it is no wonder our stock is being diluted at every turn.

The second paragraph is also incredible. It appears Reed’s Inc is so much in debt that its creditor gets to approve officer replacements. Or maybe this is one of those deals one friend makes with another to ensure their job. If the provision was really driven by PMC, why just reserve approval of the CEO and CFO when the SVP of Sales makes more than either and the COO makes more than the CFO? If I were an investigative reporter, I’d look for personal links between PMC and the CFO. Have Lewis Jaffe or any of the board nominees looked into the terms and background of the contract?

It would be interesting to learn how many times the board actually met face-to-face, instead of by telephone. Such meetings discourage side conversations and can mores easily be dominated by the Chairman.

Although they were provided the “opportunity to meet in executive session” did they actually do so, in compliance with NYSE rules? Section 303A.03 Executive Sessions includes the following requirement (my emphasis):

Looking at SharkRepellent.net for other provisions unfriendly to shareowners (unfortunately, SharRepellent does not yet cover Reed’s but this is what they might say if they did):

If a stockholder wishes to present a proposal to be included in our proxy statement and form of proxy for the 2017 Annual Meeting of Stockholders, the proponent and the proposal must comply with the proxy proposal submission rules of the SEC and namely, Securities Exchange Act Rule 14a-8. One of the requirements is that the proposal be received by our Secretary by no later than 120 calendar days before November 14, 2017- the anniversary date of this Proxy Statement was released to stockholders in connection with the 2016 Annual Meeting. If the date of next year’s annual meeting is changed by more than 30 days from the anniversary date of this year’s Annual Meeting on To be determined, then the deadline is a reasonable time before we begin to print and mail proxy materials. Proposals we receive after that date will not be included in the proxy statement for the 2017 Annual Meeting of Stockholders.