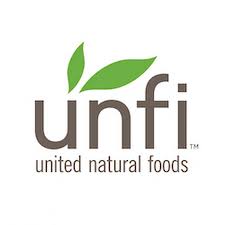 United Natural Foods Inc (UNFI) is a distributor and retailer of natural, organic and specialty products. The Wholesale segment is engaged in the national distribution of natural, organic and specialty foods, produce and related products in the United States and Canada. The Other segment includes a retail division, which engages in the sale of natural foods and related products to the general public through retail storefronts on the east coast of the United States; a manufacturing division, which engages in importing, roasting and packaging of nuts, seeds, dried fruit and snack items, and its branded product lines. Its operations consist of three operating divisions: Wholesale Division, Retail Division, and Manufacturing and Branded Products divisions. The Company offers 100,000 natural, organic and specialty foods, and non-food products, consisting of national, regional and private-label brands.

Their annual meeting is coming up on December 15, 2016. Can’t make it to Providence, RI? Attend virtually, using the dedicated 16-digit access proxy control number included in your proxy materials.  ProxyDemocracy.org had collected the votes of 1 fund families when I checked. I voted FOR proxy access; AGAINST pay and compensation committee. I voted with the Board’s recommendations 55% of the time. View Proxy Statement.

United Natural Foods Inc’s Summary Compensation Table shows the highest paid named executive officer (NEO) was CEO Steven L. Spinner at $4.6M. I’m using Yahoo! Finance to determine market cap ($2.45B) and I am roughly defining large-cap as $10B, mid-cap as $2-10B, and small-cap as less than $2B.United Natural Foods Inc is a large-cap company. According to the Equilar Top 25 Executive Compensation Survey 2015, the median CEO compensation at mid-cap corporations was $8.4M in 2014, so pay was well under that amount. United Natural Foods Inc shares outperformed the NASDAQ over the most recent one year time period but underperformed in the most recent two, five and ten year time periods.

Given the factors listed by GMIAnalyst and recommendation Egan Jones, I will also vote “AGAINT” the say-on-pay item and will “WITHHOLD” votes from the members of the Compensation Committee, namely Independent outside directors Eric F. Artz, Ann Torre Bates and James P. Heffernan.

I have no reason to believe the auditor has rendered an inaccurate opinion, is engaged in poor accounting practices, or has a conflict of interest — so voted “AGAINST.”

As mentioned above, I voted “AGAINST” the pay package. Per the recommendation of Egan Jones and the votes disclosed by other investors, I also voted AGAINST members of the Compensation Committee as discussed above.

#4 Proxy Access –  There is only one shareholder proposal on the proxy. The proposal is mine, so you can be sure I voted ‘FOR.’ While the proposal seeks a number of amendments to reach ‘best practices’ standards, the most important involves raising the group limit for making nominations from 20 to something substantially higher. Under current provisions, even if the 20 largest public pension funds were able to aggregate their shares, they would not meet the 3% criteria at most of the companies examined by the Council of Institutional Investors, whose members have over $3T in assets. Saying that United Natural Foods Inc has proxy access is a little like saying Exxon is green because they recycle their office paper. Vote FOR proxy access to make it real.

United Natural Foods Inc: Votes Against Board Position in Bold

As mentioned above, ProxyDemocracy.org had collected the votes of only one fund family when I voted.  Proxy Insight had reported additional votes from 4 additional funds and fund families. Calvert, Canada Pension (CPPIB), and Teacher Retirement System of Texas all voted FOR every item, including proxy access amendments in #4. Colorado PERA voted against all directors except Artz and Dufresne. They voted for remaining items, including proxy access.

Any proposal that a stockholder wishes to be considered for inclusion in our proxy statement for the 2017 Annual Meeting of Stockholders must be submitted to our corporate secretary, Joseph J. Traficanti, at 313 Iron Horse Way, Providence, Rhode Island 02908, no later than the close of business on July 7, 2017. We strongly encourage stockholders interested in submitting a proposal to contact legal counsel with regard to the detailed requirements of applicable securities laws. Submitting a stockholder proposal does not guarantee that we will include it in our proxy statement.