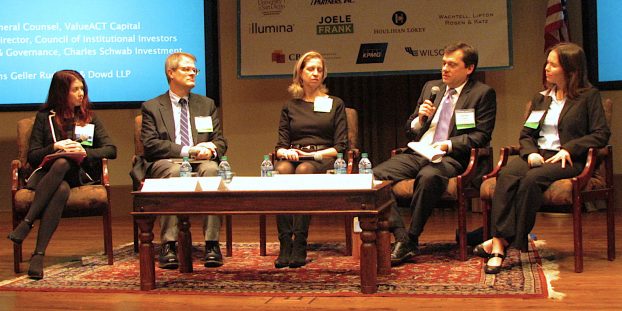 Directors Forum 2017 in San Diego was billed as Directors, Management, & Shareholders in Dialogue. Sure, all well and good, but I went there also hoping to learn more about President Donald J. Trump. He is the subject of a huge portion of tweets, Facebook posts and much of the news, so I expected Trump to also be the center of attention at Directors Forum 2017.

I know what those in my immediate circles in Sacramento are saying. Clinton got 58% of the vote to Trump’s 34%. My news silos are much the same. At Directors Forum 2017 were directors and managers from companies, large and medium (the focus is rarely on small companies, although the Forum does better than most). Investors representing trillions of dollars in assets were in the room and on stage. What was the speculation on Trump and his impact on what we do?

As usual, the Directors Forum was under Chatham House Rule, so I’m mostly providing a little more background and some commentary on the presentations. Others may have drawn different conclusions. Photos from the professional photographer at Directors Forum 2017 Photo Slide Show. 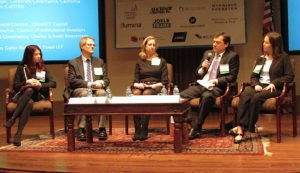 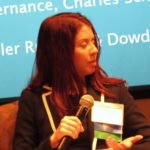 This is just about always my favorite panel at the conference, probably because I submit about 50 shareholder proposals myself each year and look forward to learn what others are doing.

Discussions around increased power of Republicans due to election of President Trump and winning both houses of Congress: 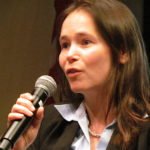 Sorry about the photo quality. I always have trouble when the bright screens are in the background. More about Directors Forum 2017 coming in Part 2, next week. See also “Living In The Eye Of The Hurricane’’ from Francis Byrd.